We’re less than a week away from the final vote for the 2017 CPBL All-Star Game, which will be held at Hualien stadium on July 8th-9th.

Chinatrust Brothers, though in the 2nd place in the overall attendance in 2017 has dominate the ASG ballot once again.  Brothers is able to sweep 19 out of 24 spots in the All-Star Game, it’s worth noting the 5 spots Brothers did not win is simply due to they don’t have a player qualified for that position.

Uni-Lions comes next as they acquired 3 tickets with Kuo Chun-Wei (Catcher), Chen Yun-Wen (Closer) and Chen Chieh-Hsien (Shortstop).  Lamigo Monkeys struggles to squeeze one position for “The King” Wang Po-Jung in the outfield, while Fubon Guardians also suffer the same scenario as their outfielder Kao Kuo-Hui being the only team representative in the All-Star Game.

Leaders in All-Star Game Votes- The Era of Brothers

Chinatrust Brothers is the most iconic team in the league, and there is no surprise the top ten in the ASG voting leaderboard are all Brothers players. 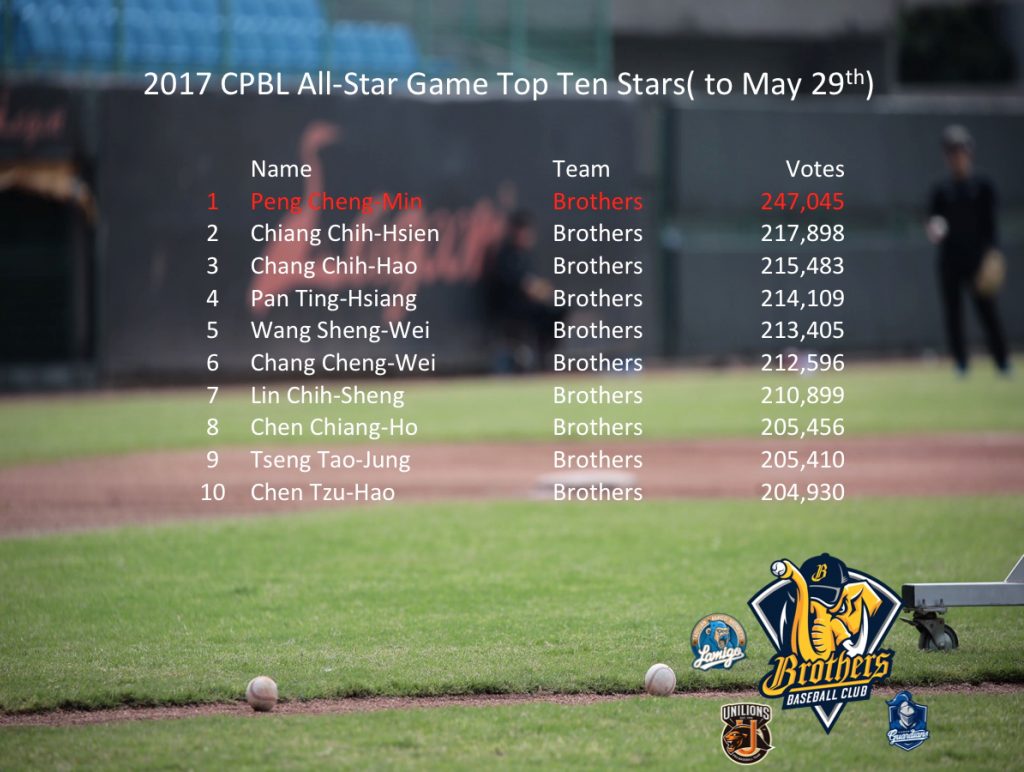 How to vote in the All-Star Game

There’s still one week left, so click here to vote online to support your players.

For more fun facts about this year All-Star Game, here’s a guide to the 2017 ASG for further information.  Can’t wait to see you guys in Hualien!