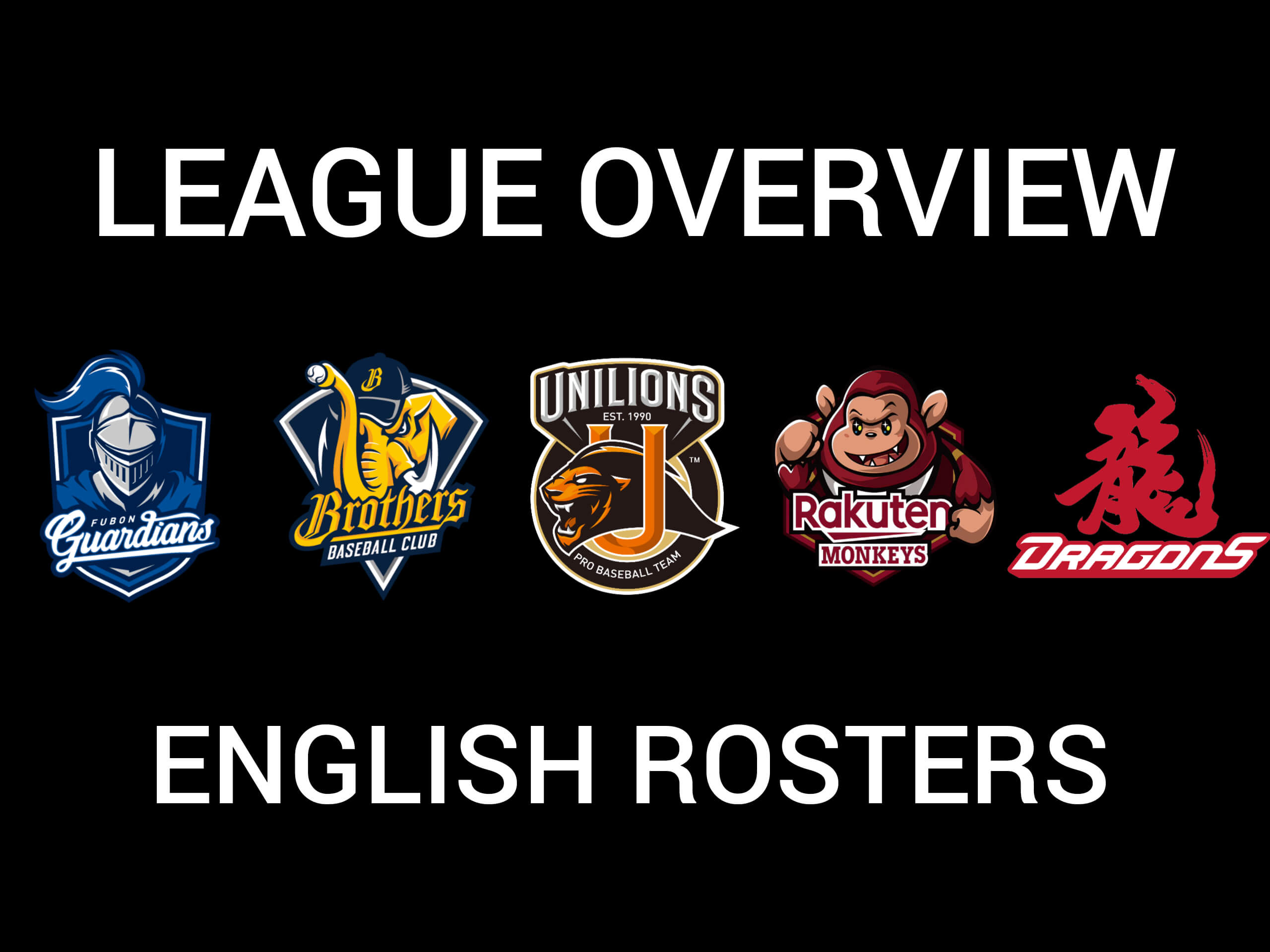 Below are a few useful English Guide related to the CPBL, we’ll teach you how to set up CPBL TV, read the schedule, buying merchandise and most importantly, how to buy tickets at the stadium.

CPBL was established in 1990 with a four teams structure, after several expansions in 1997, Taiwan reached a record high of 11 active teams. However, due to a string of game-fixing scandals, the CPBL has reduced down to four teams since 2009.

In 2019, the CPBL announced that Wei Chuan Dragons would return to professional baseball as the fifth team in the league. The Dragons will began their 2020 season in the CPBL minor league and make their inaugural season in 2021.

Here’s a graphical chart which show the CPBL history timeline.

Each team plays 120 games with 60 games each in the first and second-half season. Unlike the MLB, the CPBL games can be declared as a tie after 12 innings of play.

The CPBL has a two-tier postseason system, a best-of-five Playoff Series, followed by a best-of-seven Taiwan Series. With the split season format, there are two possible scenarios.

Scenario #2: If a same team win both half-season.

A typical CPBL organisation will have a first team and a farm team with a total around 60 to 70 players in the organisation. Domestic players sent down to the farm team must remain for at least ten days before they can be called up again. For foreign players, it is 15 days.

The CPBL draft is held in the middle of the season for amateur players as well as military reserve players. Upon drafting the players, the team will have up to August 31 to sign them.