How do you pitch to someone who’s hot zone is triple the size of everybody else? The Lamigo Monkeys’ pitcher turned positional player 陽耀勳 (Yang Yao-Hsun) has once again shown his ability to hit anything out of the strike zone for a base hit.

It happened on March 15, in the exhibition game between the Lamigo Monkeys and the NPB’s Chiba Lotte Marines. It was top of the second, runners on first and third and two outs. The Lotte pitcher threw a 142kph fastball at shoulder-high, and Yang Yao-Hsun crushed it almost to the warning track for an RBI double. 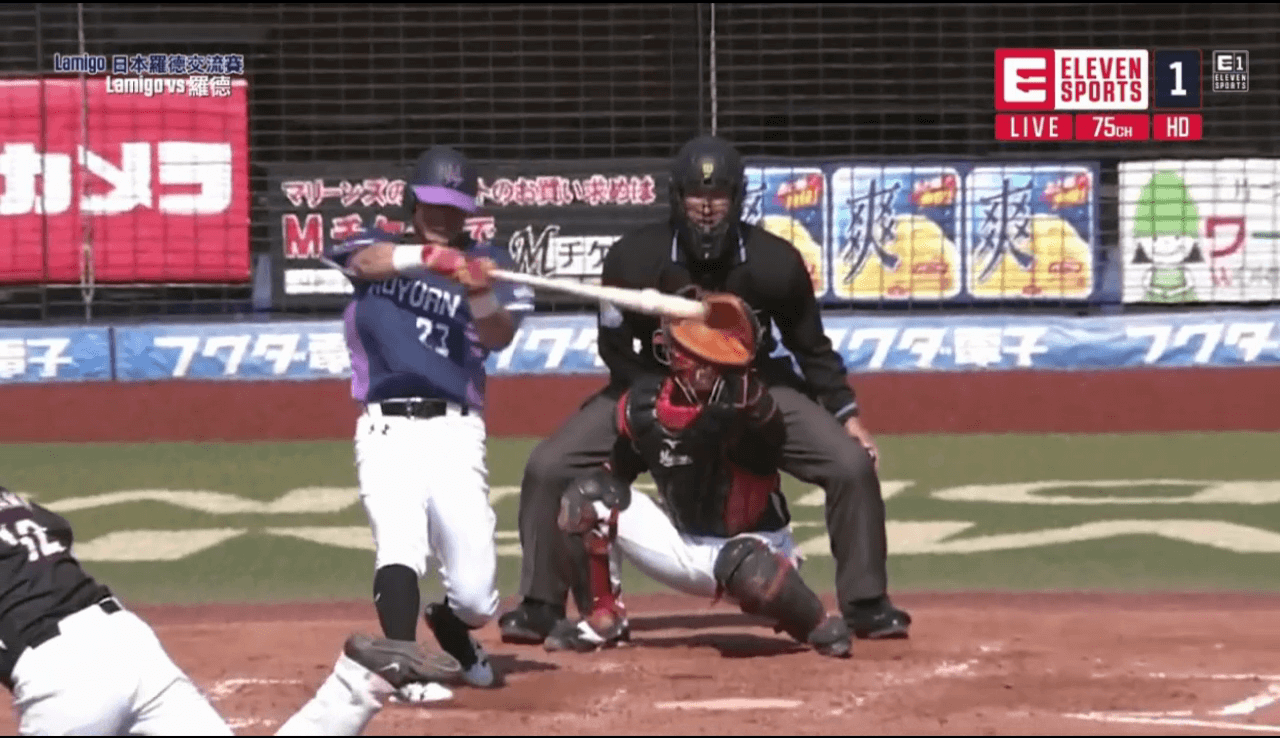 In Taiwan, there is a term for this type of hitter, 亂打流 (Luan-Da-Liu) which means Chaotic Batting Style. Apart from Yang Yao-Hsun, his fellow Monkeys’ teammates 郭嚴文 (Kuo Yen-Wen) is also known for that.

Below are some videos of the Chaotic Batting Master Yang Yao-Hsun doing his magic in the CPBL. High and low, there’s no problem for Yang.