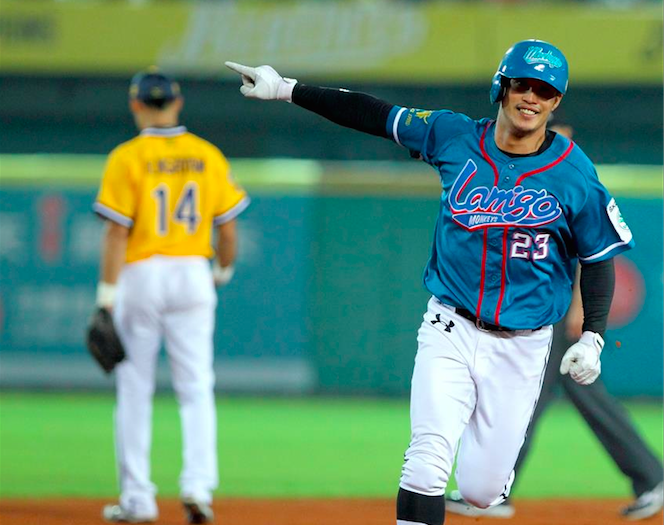 The Lamigo Monkeys’ pitcher turned positional player 陽耀勳 (Yang Yao-Hsun) is best known for his raw power and speed around the bases. The footage below is taken from his home run last night. For some unknown reason, Yang seems to be rounding the bases a little faster than usual.

I counted around 16 seconds. Now, I do not have any previous data, but I think it could be the fastest home run trot in CPBL history. It also makes me wonder how does Yang’s home run trot stack up against players in the MLB?

According to this FOX Sports article, the home run trot of the Cincinnati Reds’ Billy Hamilton was measured at 16.2 seconds. That is the quickest in the MLB’s STATCAST history. Hamilton’s record was followed closely by the San Diego Padres’ Adam Rosales at 16.3 seconds.

Due to shoulder injuries, Yang has been used predominately as an outfielder during his time at the university. He has been selected to play for Taiwan’s junior national team numerous times as a positional player.

Given Yang’s talent in pitching, the university team did occasionally use him as a late inning reliever. Even with his past shoulder injuries, Yang can still hit 148kph (92mph) on the radar with his fastball.

In 2006, the two-way player Yang was signed by the NPB’s Fukuoka SoftBank Hawks as a pitcher. He then spent the next seven-season with a combined record of 3.03 ERA and 1.38 WHIP with his fastball topping at 155kph (96mph).

The video below is one of Yang’s 10K shutout game against The Orix Buffaloes back in the 2012 NPB season.

In 2014, after being released by the Softbank Hawks due to command issue. Yang signed a minor league deal with a spring training invite with the Pittsburgh Pirates in the United States.

Unfortunately, Yang was unable to overcome his command issue during his time with the Pirates organisation. Yang was eventually released by the Pirates later that year, with a disappointing result of 6.48 ERA, 1.98 WHIP, 16K and 18BB over 16.2 innings in the Double-A.

Yang returned to Taiwan and entered the 2015 CPBL draft. However, due to his command issues. Despite his fastball velocity, Yang was left undrafted.

In August, the Lamigo Monkeys announced the signing of Yang Yao-Hsun as a positional player due to the fact Yang was quite a good hitter back in his amateur day. The organisation decided to give Yang a chance and see how far he can go.

*Note: Yang did pitch one game in the CPBL in 2015, he faced four batters but gave up one hit, two walks and one hit-by-pitch. [VIDEO]

In 2016, after several primary outfielders were out with the season-ending injuries. Yang Yao-Hsun was given a chance in the first team, and he took the opportunity and secured the leadoff spot. He finished the season with the record of .281/.335/.490 with 19 stolen bases and 17 home runs. 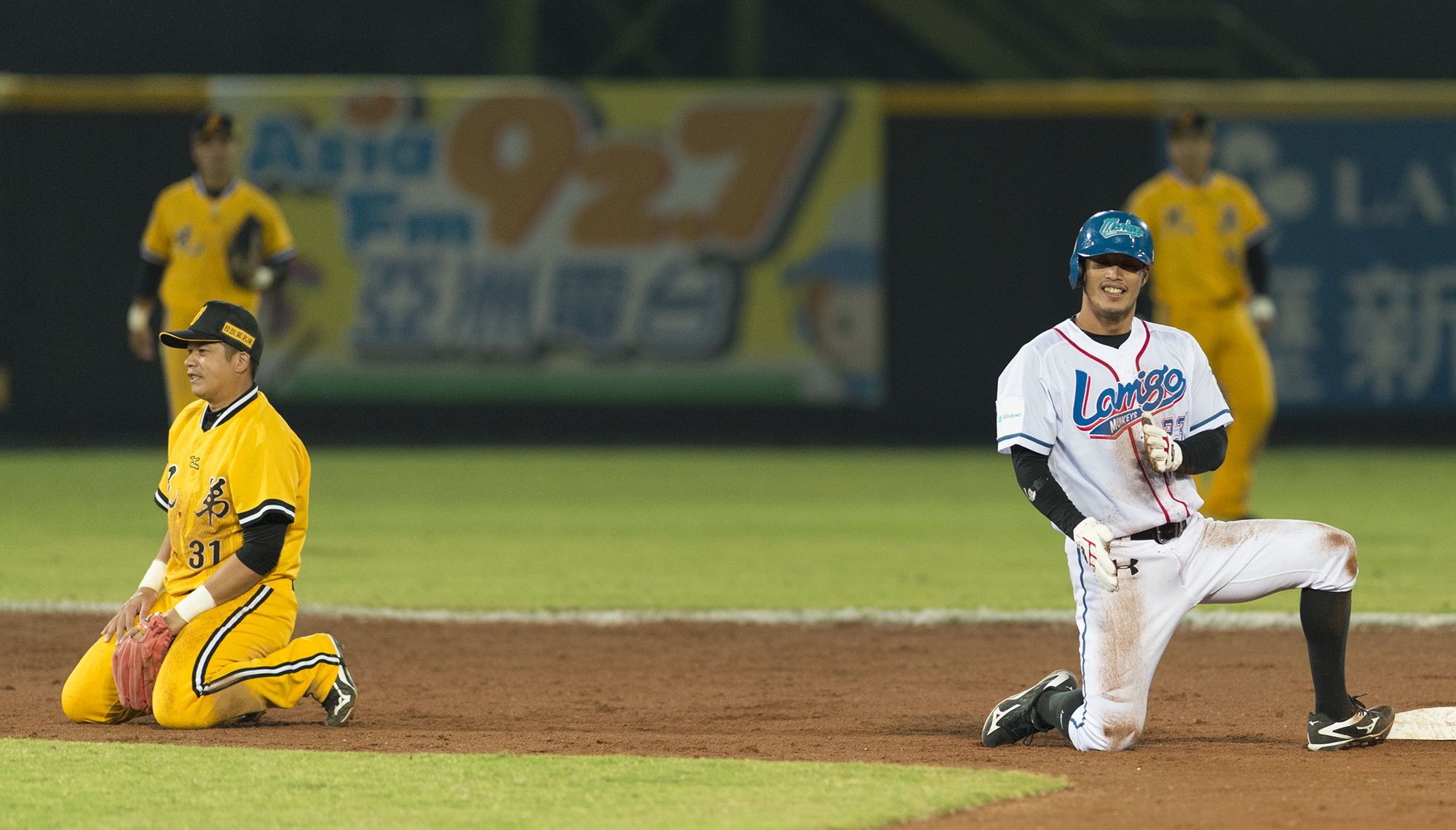 Here is a video of Yang crushing an opposite-field home run on a pitch at the eye level.