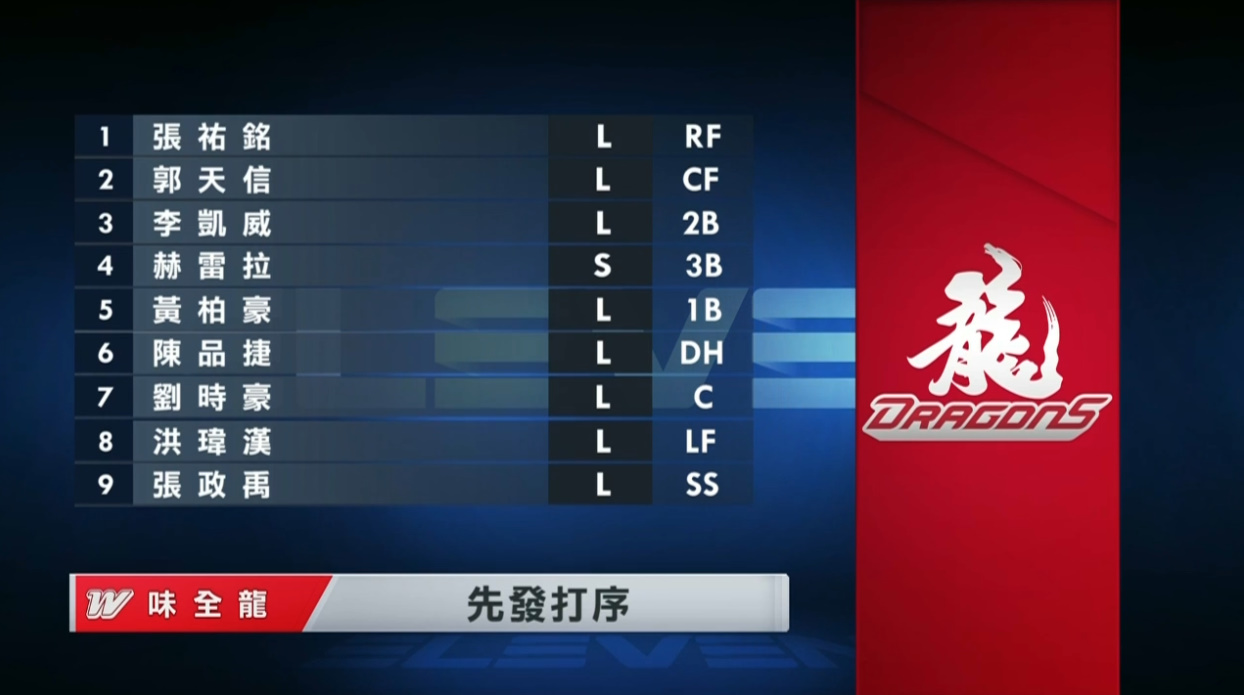 Despite being an expansion team, the Wei Chuan Dragons are making their way into the CPBL history book with their rather unique lineup.

On October 7, for the first time in the CPBL history, the Wei Chuan Dragons manager filled their starting lineup with nine left-handed batters and a left-handed starting pitcher.

Yes, the Dragons starting ten were all left-handers!

Notes: Rosell Herrera is technically a switch hitter. However, he batted on the left side at the start of the game.

Unfortunately, the all-lefty lineup failed miserably for the Dragons, they only managed to get two hits the whole night.

The Uni-Lions starter Brock Dykxhoorn delivered a complete-game shutout on 110 pitches with four strikeouts and zero walks against the Dragons.

“I increased my curveball usage,” the Uni-Lions Brock Dykxhoorn told Liberty Sports. “I don’t usually throw my curveball that much, normally about 5-6 pitches per game at best, but tonight, I threw more than 20.”

The Dragons suffered their ninth straight loss at Tainan Stadium, and the 2021 Tainan curse will continue.

Uni-Lions "Big Doctor" Brock Dykxhoorn delivers a complete-game shutout on 110 pitches with 4 strikeouts and 0 walks against the Dragons.

This is the 27-year-old Canadian right-hander's 3rd shutout of the season. 👨‍⚕️💎 #CPBL pic.twitter.com/pNoMu1Z7sC