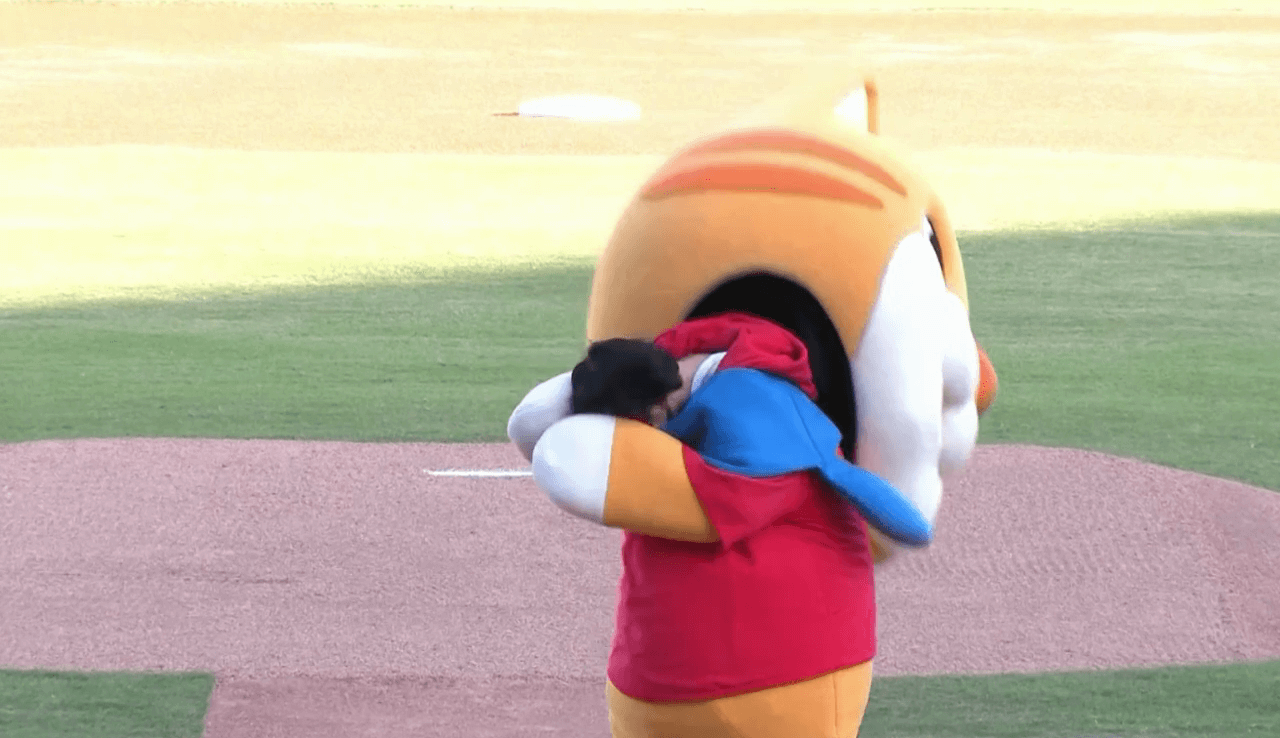 It was the extra-long weekend in Taiwan, with public holidays on Monday and Tuesday. The weather was breezy, and the team had arranged plenty of events and activities in and outside of the ballpark.

What a perfect afternoon to bring the entire family to a CPBL game and watch the decapitation of a mascot cat!

On April 5, the Uni-Lions invited a bunch of mascots to be part of the first pitch ceremony. Among them was Barkley the Cat, a character from the popular children’s animation.

The nightmare started with Barkley the Cat attempting a full wind-up motion with his non-flexible short arms and a non-secured oversized head.

After Barkley “side swung” the pitch to home plate, the torso stopped, but the giant oversized head just kept on spinning. And eventually fell off and dropped to the ground.

Stadium staff immediately rushed to his aid. But it was a little too late. Millions of children now realise that Barkley the Cat is actually not a real cat.

It is worth noting that this is not the first time where a cat mascot lost its head at the Uni-Lions home game.

The Barcode Cat from the 7-Eleven OPEN Family lost his head due to strong wind back in 2008. And in 2016, international superstar Garfield got beheaded after a player tripped him. Fun fact, that player Liu Yu-Cheng is now the Uni-Lions hitting coach.