One thing about playing baseball in front of a small crowd is the stadium microphones will pick up everything. I mean, EVERY LITTLE THING!

On June 19, during the Monkeys-Brothers minor league game, the Monkeys’ farm team pitching coach Tom Signore became the centre of the attention with his colourful commentary. The veteran pitching coach had a meltdown over a hit-by-pitch call and ended getting ejected.

It was bottom of the first, the CTBC Brothers’ Wang Sheng-Wei, AKA the CPBL magneto was grazed in the elbow by Justin Nicolino. The umpire initially ruled it as a foul ball but changed it to a hit-by-pitch shortly after.

At first, both dugouts shared some laughs by making fun at the umpire and Wang Sheng-Wei. However, maybe something got lost in translation, all of a sudden, Tom Signore just started cussing at the umpire.

Despite the verbal warning, Signore continued and was eventually ejected from the game. Instead of leaving, he then rushed onto the field and took things to the next level.

One of the best comedy moments from this circus act was seeing someone running towards the umpires while screaming “YOU CAN’T PUT YOUR HANDS ON ME” at the same time.

Mr Signore, thank you for bringing some much-needed attention to the CPBL minor league. That was pure comedy gold. 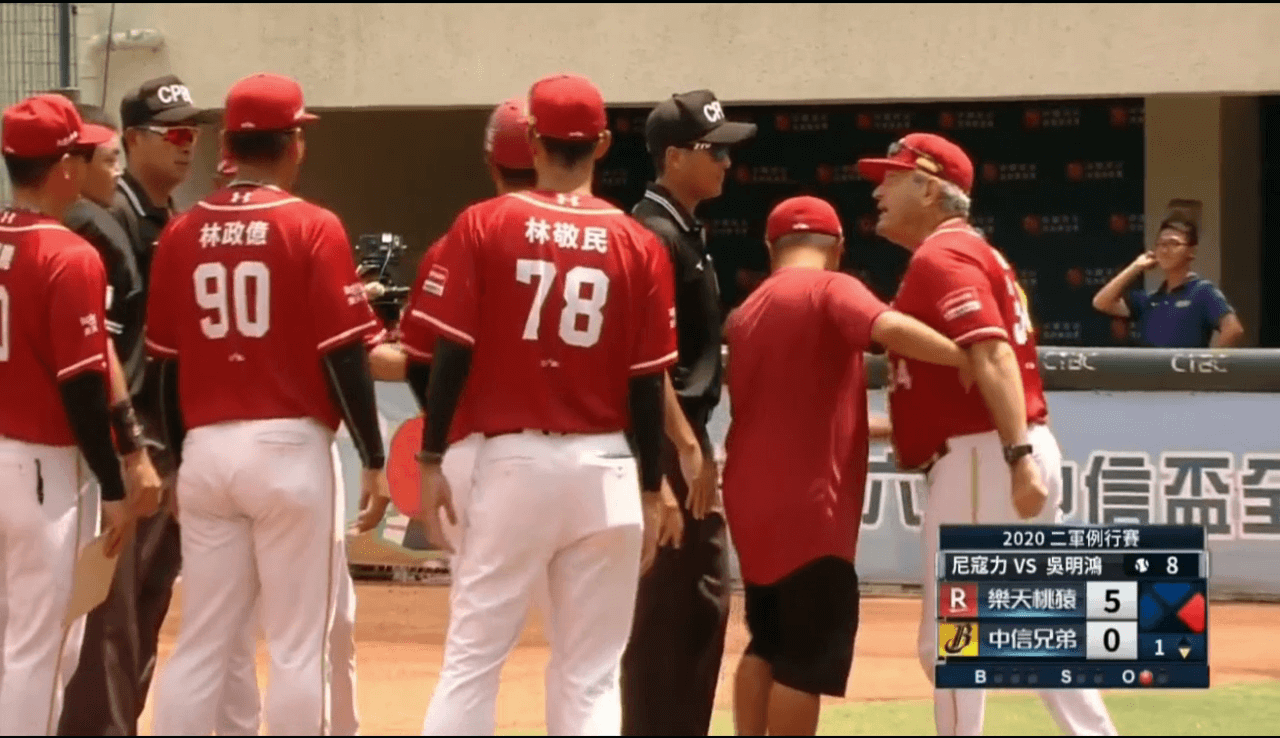