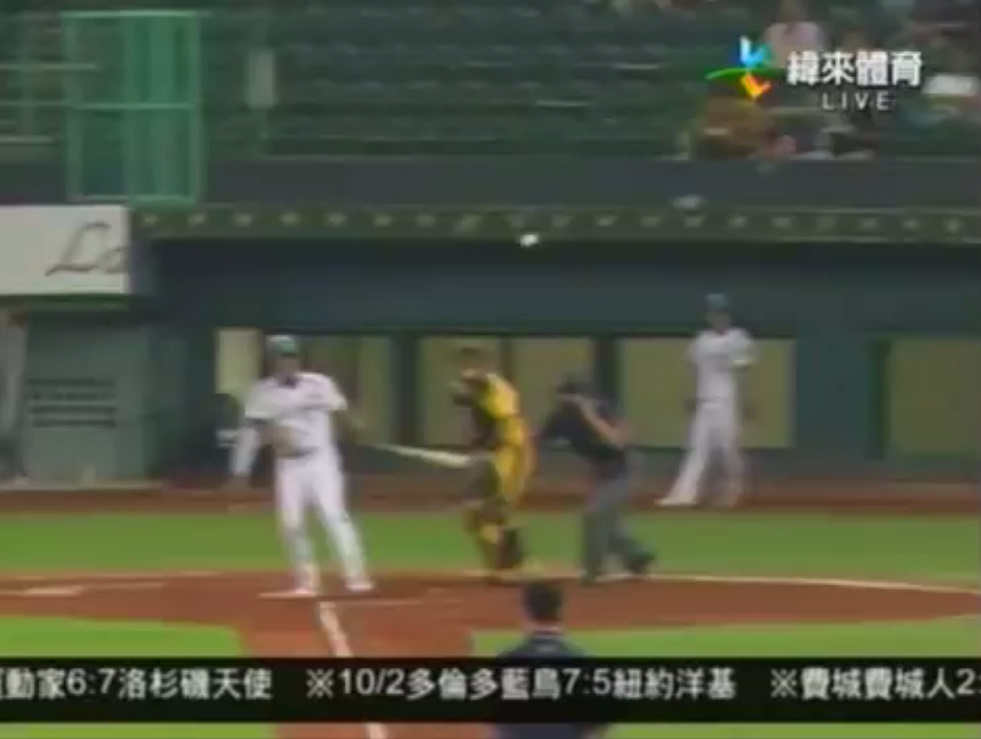 What happened when you mixed baseball with tennis and added a little dark magic? Well, you get something similar in the video below.

Inspired by Paul DeJong’s strange single in the MLB today, we opened the CPBL vault and dug out this classic moment from 2006 where the La New Bears’ 石志偉 (Shih Chi-Wei) hit a magical curve single.

It was October 2, 2006, in a game between the La New Bears and Brother Elephants. Bottom of third, with the count at 2-2, Shih Chi-Wei sliced an inside pitch and sent the ball to the foul territory.

The ball had so much backspin to it, once it hit the edge between the dirt and the grass. It immediately changed direction and rolled back to the infield.

By the time the third baseman threw the ball to first, it was already too late. Shih Chi-Wei already reached on base safety his magical infield curve single.