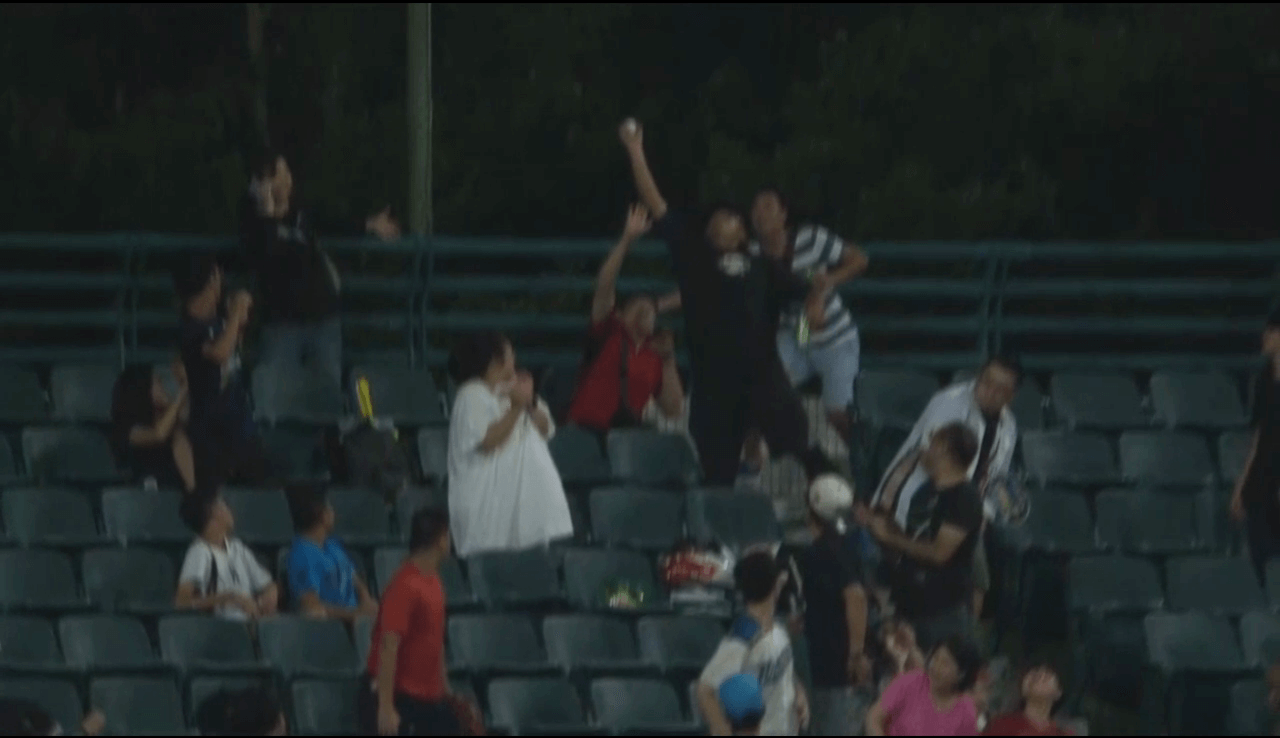 We usually associate nice plays with players on the field. But sometimes, even the fans in the stands can surprise everyone with their own nice play. On August 28, a Taiwanese fan displayed his defensive ability by snagging a home run with his bare hand while holding his beer.

It was bottom of the fourth, the Fubon Guardians’ Lin Che-Hsuan ripped a fastball to deep left for a three-run home run.

In the stands stood a Monkeys’ fan who set his eyes on the ball the whole time and made an incredible barehanded catch. What’s even more impressive was he did it while holding his drink in the other hand.

After received the applause from nearby fans, being the Monkeys fan, instead of keeping the ball, he tossed it back on the field. I am not a baseball scout, but that fan definitely scored an 80 on his BDE level.

We happened to have another home run story from the same game, and this one is quite heartwarming.

In the third inning, the Lamigo Monkeys’ Lin Cheng-Fei launched a grand slam to the left field. An older gentleman found the ball and decided to give it to the young girl in front of him.

One can safely assume that simple gesture probably made the kid’s day. I mean, just look at her expression. The smile says it all.

An older gentleman gave the home run ball to the kid in front of him.👍🥰 #CPBL pic.twitter.com/atmSZ9OR5X