The CPBL was established in 1990 with a four-team structure. After several expansions, along with the TML, in 1997, Taiwan reached a record high of 11 active teams.

However, due to a string of game-fixing scandals, both leagues struggled, it eventually led to the disbandment of multiple teams.

In 2003, the CPBL absorbed its rival the TML and reduced the total active teams to six. The league took another massive blow in 2009, and the league returned to the original four-team format.

In 2019, the CPBL announced there would be a fifth expansion team in the league. The new team will begin their 2020 season in the CPBL minor league and make their inaugural season in 2021. [Last Updated: March 17, 2020] 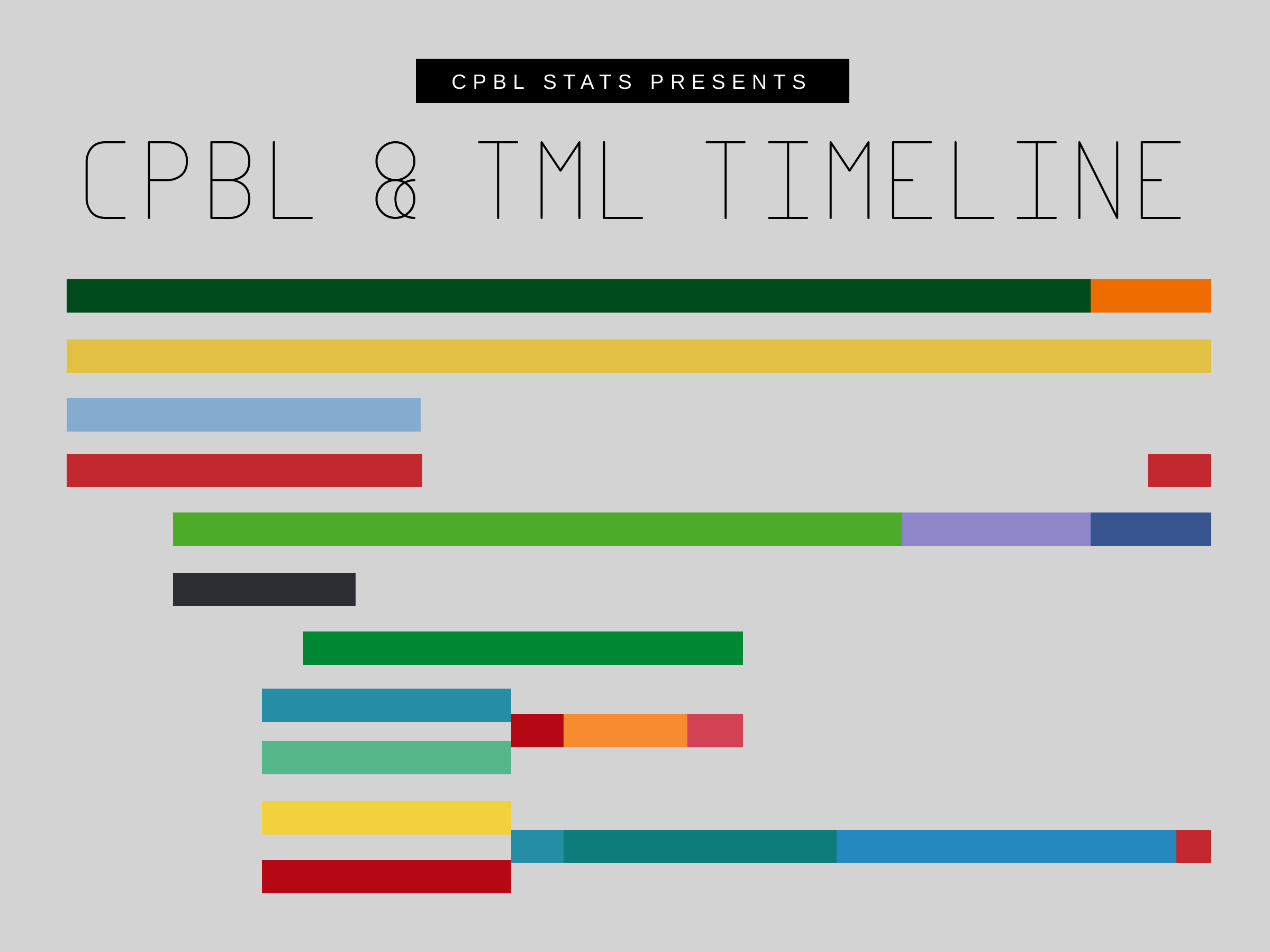