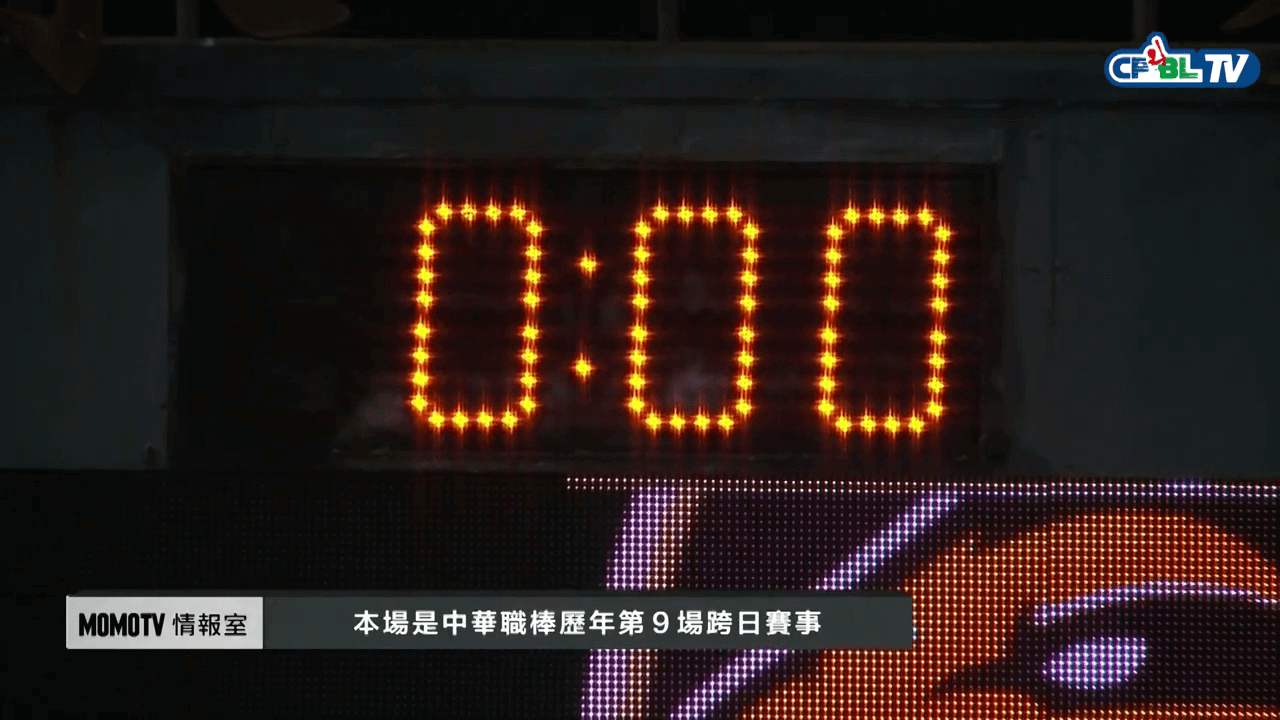 On September 15, fans who attended the CPBL game at the Hualien stadium got more than they bargained for. The Fubon Guardians and the Uni-Lions battled for 12 innings and ended the game with a 7-7 tie past midnight.

The game went for 5 hours and 37 minutes, it became the longest game without interruption in the CPBL history. This is also the 9th CPBL game to play past midnight since the inaugural season in 1990.

The previous record for the longest uninterrupted game was 5 hours and 34 minutes between the Uni-Lions and Lamigo Monkeys on September 7, 2018.

The longest game with delay was 6 hours and 4 minutes on April 8, 2016. It featured the Lamigo Monkeys and CTBC Brothers. The game was suspended for 9 minutes due to a lighting outage.

WE HAVE A MIDNIGHT GAME!

5 hours and 37 minutes is the new #CPBL record for the longest game. This is also the 9th game in the CPBL history to past midnight.