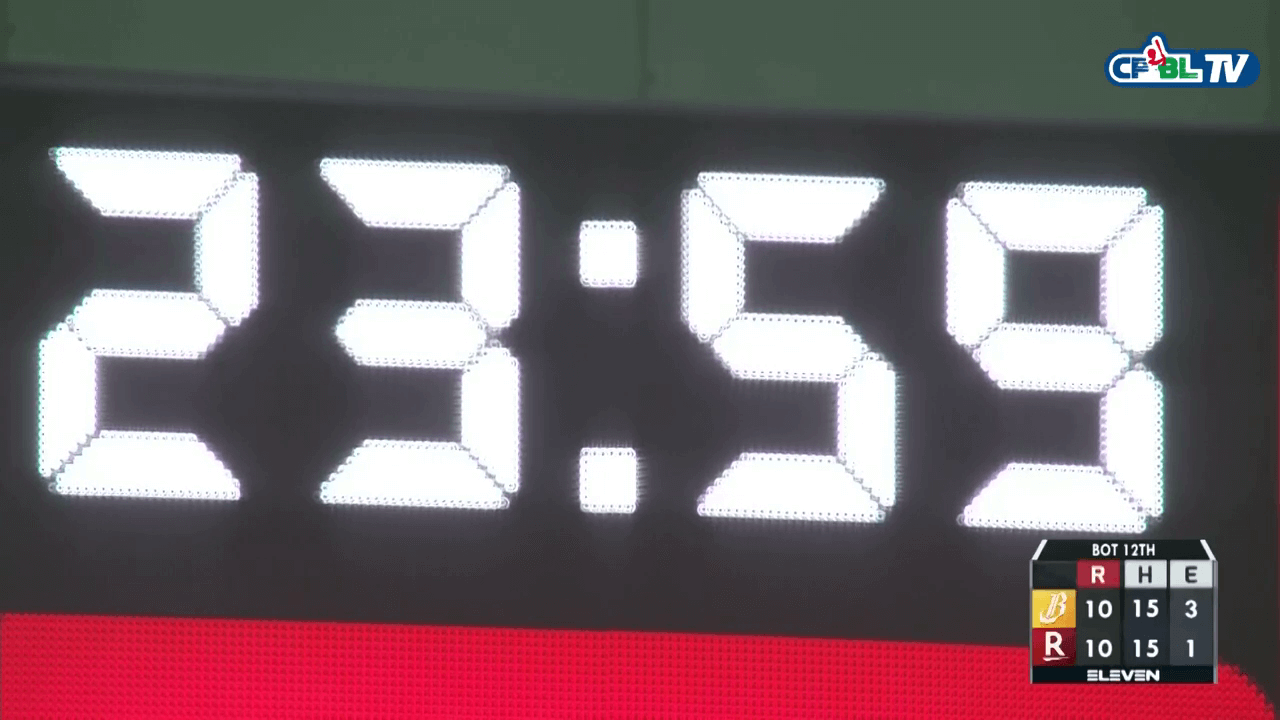 “HAPPY NEW YEAR!” said the Eleven Sports broadcaster as the stadium clock changed from 23:59 to 00:00 on the screen. Although fans can only hear his voice, but one can imagine he is saying that with tears rolling down his cheeks.

No, it’s not a déjà vu. Yes, it is another midnight game in the CPBL.

The CTBC Brothers and the Rakuten Monkeys game at Taoyuan stadium played for 5 hours and 39 minutes and set a new CPBL record for the longest uninterrupted game.

The game went for full 12 innings and ended in a 10-10 tie. The final out was recorded past midnight at 12:14 am the next day. This is also the 10th game in the CPBL history that went beyond midnight and the second midnight game in this season.

This is not a déjà vu, but we have another midnight game in the CPBL.

5 hours and 39 minutes is the new #CPBL record for the longest game without interruption. This is also the 10th game in the CPBL history to play past midnight.