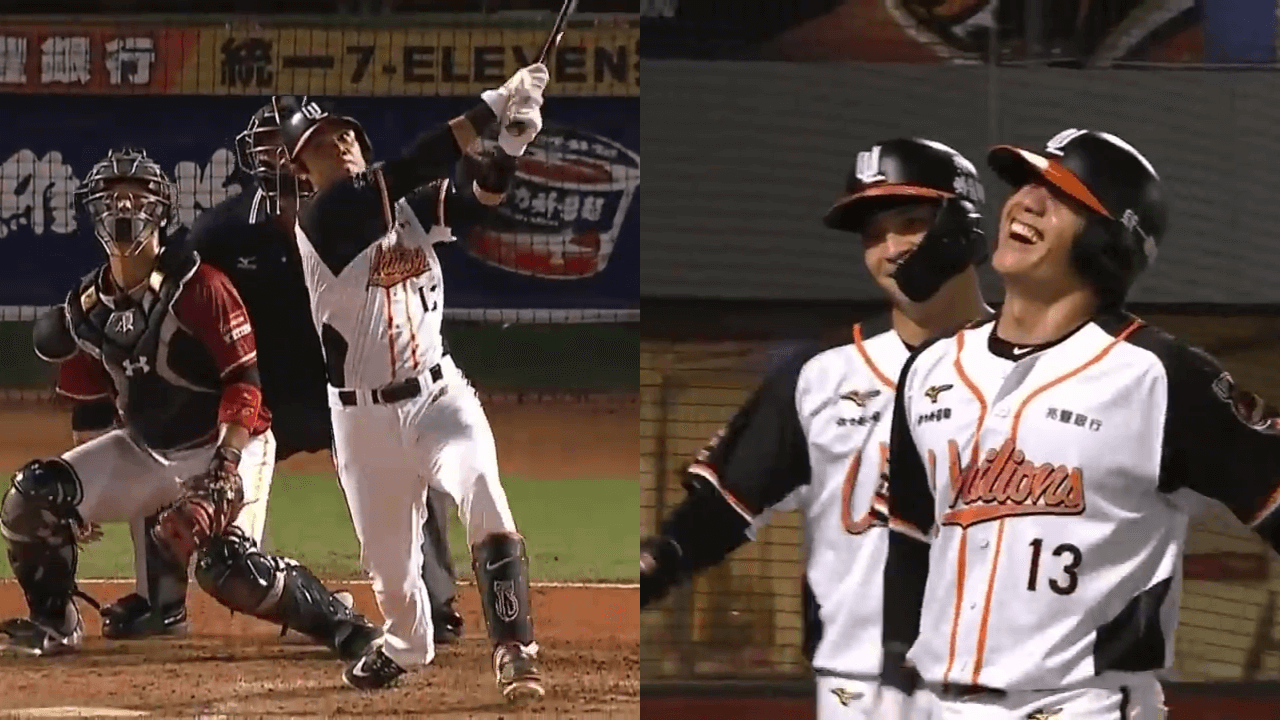 What a night for the Uni-Lions’ infielder 陳鏞基 (Chen Yung-Chi / Mayaw Ciru). The 36-year-old veteran went 3-for-5 with 7 RBI on May 13 against the Rakuten Monkeys in Tainan.

Depends on how people view it, some might say Chen Yung-Chi hit two grand slams last night. A mammoth grand slam to deep centre in the third inning. And the other one was, well, kind of like a grand slam too, except in little league style.

It was the bottom of the third inning, and the Rakuten Monkeys’ Justin Nicolino ran into a little turbulence on the mound. After giving up two singles and a walk, the Uni-Lions loaded the bases with only one out.

Chen Yung-Chi stepped into the batter’s box, zeroed in on a belt-high fastball ball and sent to over the centre field wall. Chen’s towering home run gave the Uni-Lions a 5-1 lead over the Monkeys.

Bottom of the fifth, Chen Yung-Chi once again found himself in the same situation with the bases loaded.

On a 0-1 count, Chen hit a single through the infield gap to the right field. On most nights, that should score no more two runs. However, the baseball god rolled the dice and applied some of the “CPBLness” to that particular play.

Yes, with the CPBL being the CPBL, hilarity ensued! Fans in the stadium that night got more than they bargained for, a baseball game plus a circus act.

Okay, back to the game, the Monkeys’ right fielder picked up the ball and threw a laser to third. The third baseman was unable to make the catch and let it rolled all the way down the third baseline to the outdoor bullpen.

The third baseman went to get the ball near the bullpen then immediately flicked it back to the third base, but he overthrew and allowed Chen Yung-Chi to score at home. It was a home run in little league style!

Long story short, the game went on for way too long, and I didn’t even bother to finish the game. In the end, the Uni-Lions defeated the Monkeys 15-11. Both teams combined 31 hits, and the game lasted four hours and 15 minutes.