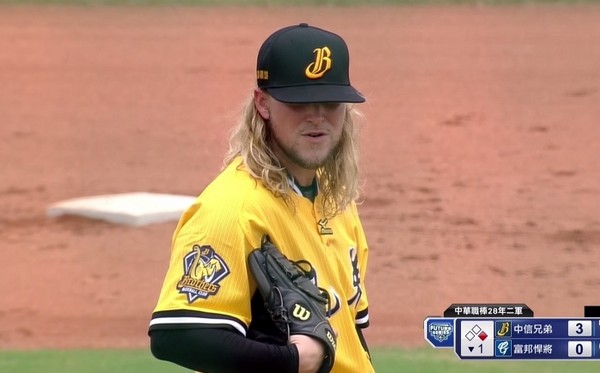 Last week, we spotted some strange movement at the Chinatrust Brothers’ farm team which involved their foreign pitcher getting pulled in two innings. Such action is usually a red flag for a change in foreign players.

The Chinatrust Brothers have confirmed our previous speculations today by released RHP Bruce Kern before the August 31 trade deadline. Farm team pitcher, Rick Teasley has been called up and scheduled to make his CPBL first-team debut on August 20.

#CTBros Rick Teasley @ItAintEasy37 pitched only 2 innings today in farm. Based on past #CPBL experience, expect a call up to top team soon? pic.twitter.com/dnermKFVig

With an open spot in the first team rotation, the Brothers called up LHP Rick Teasley from the farm team. Teasley was signed out of the Atlantic League back in early July and has made several starts in the minor league waiting for the first team opportunity.