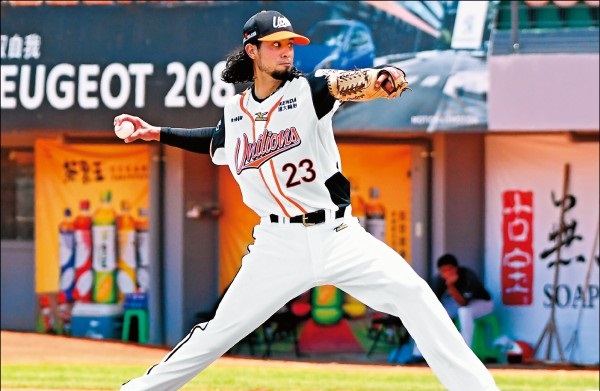 The Uni-Lions have released LHP Terance Marin. The decision came after Marin’s last performance against the Chinatrust Brothers where he gave up eight runs in four innings.

The release of Terance Marin was not a surprise as Marin did not travel with the team on August 4. When asked by the media about Marin, Lions’ manager pretty much confirmed Marin’s CPBL season is over, need to wait for the front office to make an official statement.

Marin was signed by the Uni-Lions to replaced closer Mike DeMark on June 6. The former Chicago White Sox Triple-A lefty finished his 2017 CPBL season with a 10.71 ERA and 2.28 WHIP over 19.1 innings.

With Marin departing, an open spot is now available in the Uni-Lions’ rotation. The newly acquired Michael Nix is expected to take over the first-team starter role immediately.

“Michael Nix arrived on July 31 and had been travelling with the first-team since then. From what I saw in his bullpen session, he has pretty control, given he is still dealing with the jet lag,” said the Uni-Lions manager. “If his condition is okay, Nix will jump straight into the first team starting rotation.”

At this stage, Nix is scheduled to make his CPBL first-team debut on August 10 against the Lamigo Monkeys.

“I haven’t had a chance to look at Teasley and his condition yet. At this stage, we want him to start a few more games in the minor league,” said the Brothers’ manager Cory Snyder. “Give him some time to adjust and get used to Taiwanese baseball style and Chinatrust Brothers organisational culture.”