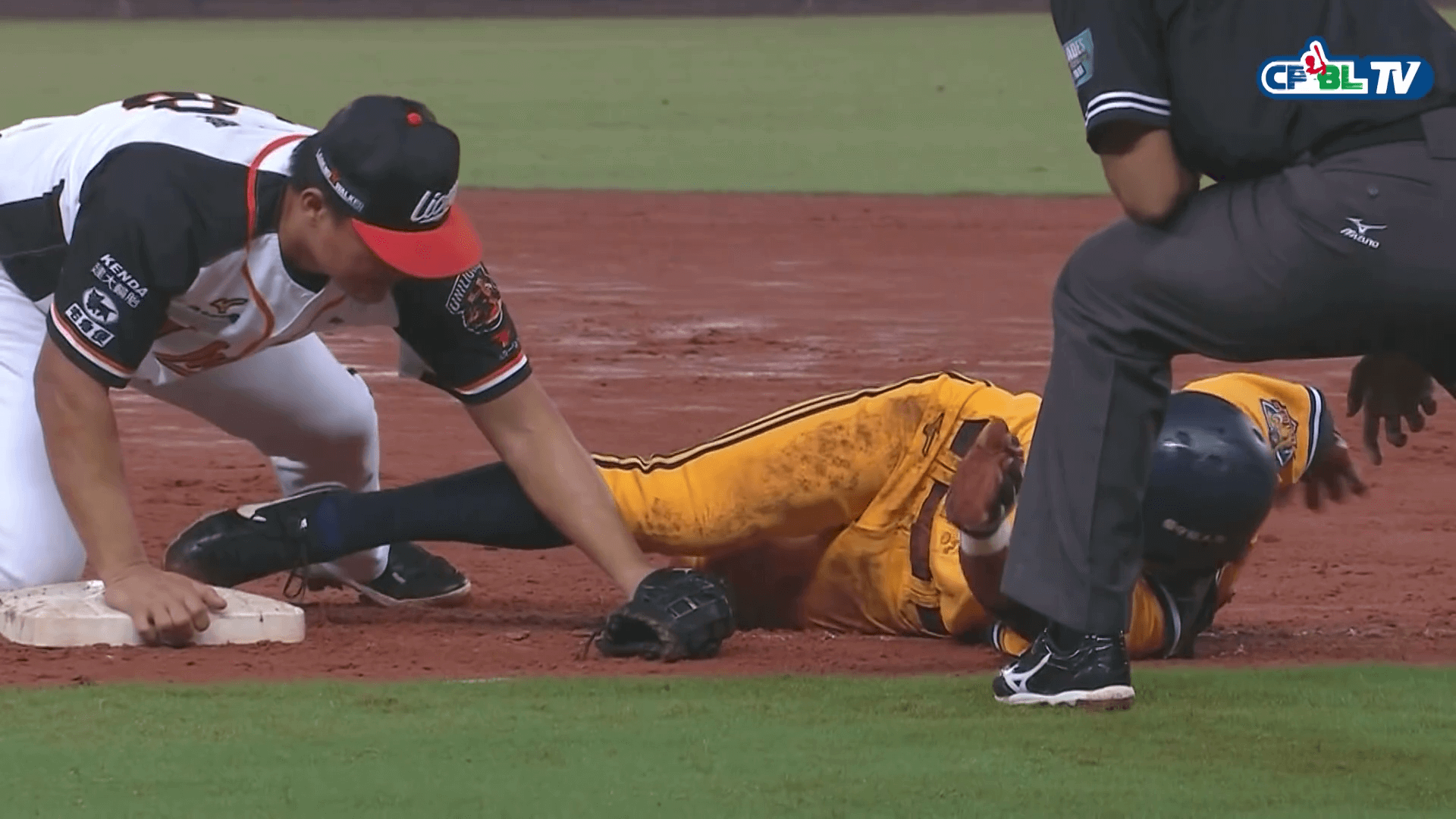 It is not every day that one can survive a rundown, let alone returning to base safety after oversliding. Well, the Chinatrust Brothers’ shortstop 陳偉漢 (Chen Wei-Han) managed to pull that off last night against the Uni-Lions.

After a failed hit and run attempt, #CTBros' 陳偉漢 (Chen Wei-Han) slid past 1st base but avoided the tag with some fancy leg move. #CPBL pic.twitter.com/AcazlRHrcw

It was a rainy night at Kaoshuing, and the Brothers were leading 7-2 at the top of the sixth. After a failed hit and run attempt, 陳偉漢 (Chen Wei-Han) was caught in a rundown between first and second.

As Chen rushed back to first, he overslid the bag. However, he was able to avoid the tag by demonstrating some fancy circus-esque acrobatic manoeuvre and touched the base with the tip of his back foot. 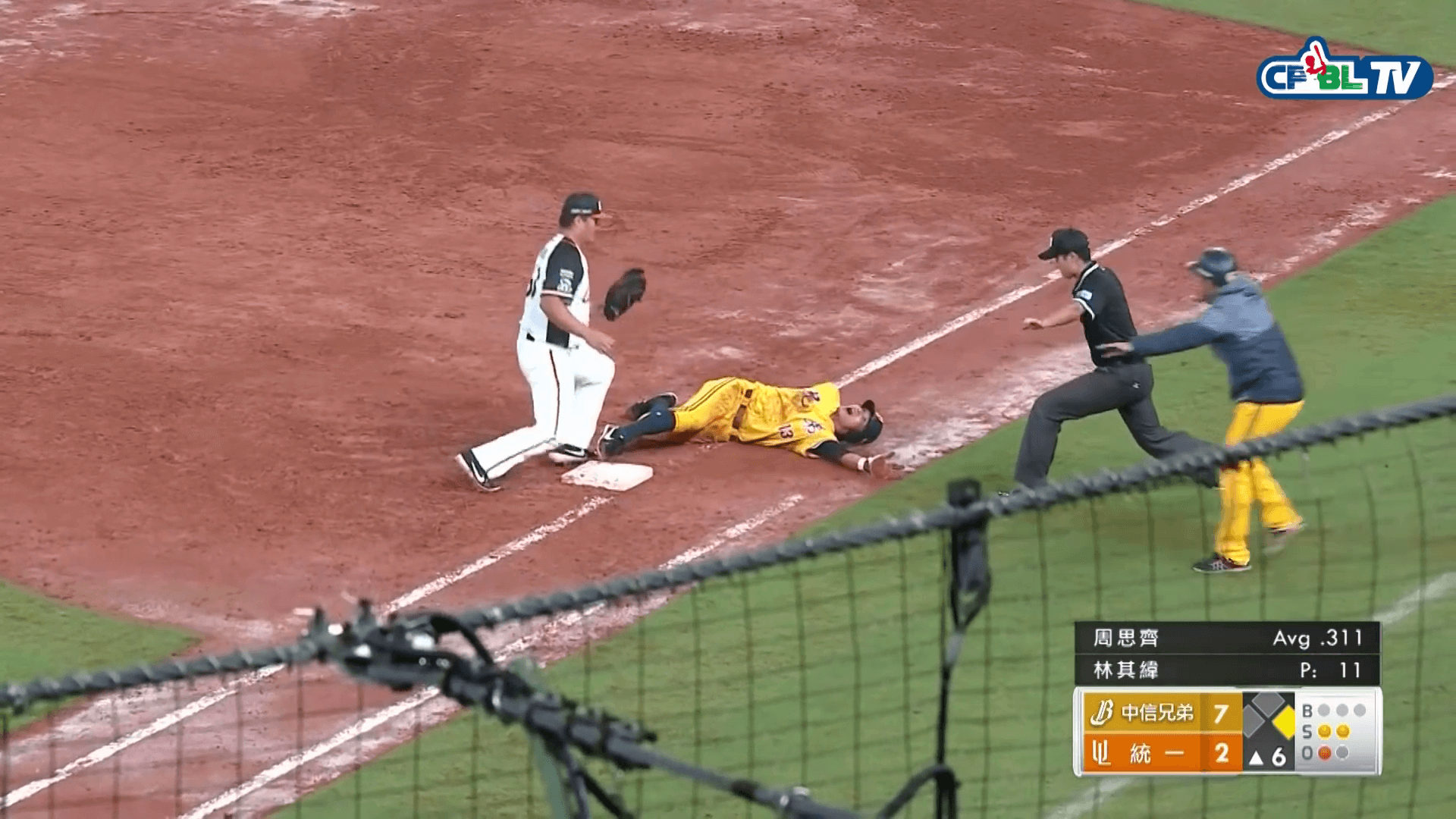