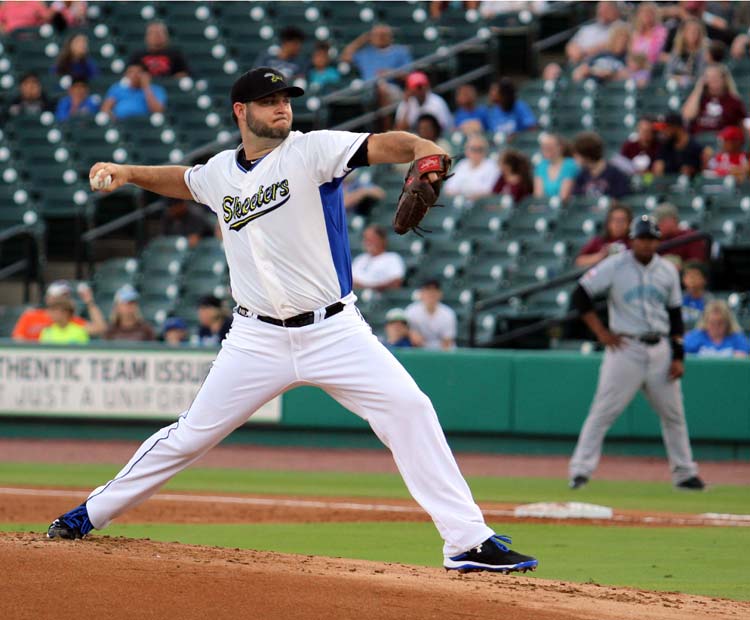 Somerset is going to Sugar Land tomorrow. Michael Nix won't be there when they arrive. The starter is headed to Taiwan w/Uni-President.

Before his signing with the Uni-Lions, Nix posted an impressive record of a 2.24 ERA, 1.00 WHIP over 100.2 innings and currently lead the Atlantic League in ERA and Wins.

“There is still the possibility of bringing in more foreign pitchers before the August 31 trade deadline,” said the Uni-Lions general manager.

Historically speaking, the Uni-Lions tend to bring in the big guns before the trade deadline if they have a shot to make it to the Taiwan Series. Taiwanese baseball fans are often jokingly referring it as “Hacking the Game”.

With the recent signing of Cory Riordan, tonight might be the last time we see Scott McGregor in Guardians uniform. McGregor seems to have problems adjusting to CPBL with the records of 5.54 ERA, 1.92 WHIP over 13 innings.

“I understand McGregor must be under a lot of stress given the current situation. However, that’s the reality of professional baseball,” said the Guardians’ manager. “Nine out ten players in his situation will get released eventually, it just the matter of when.”