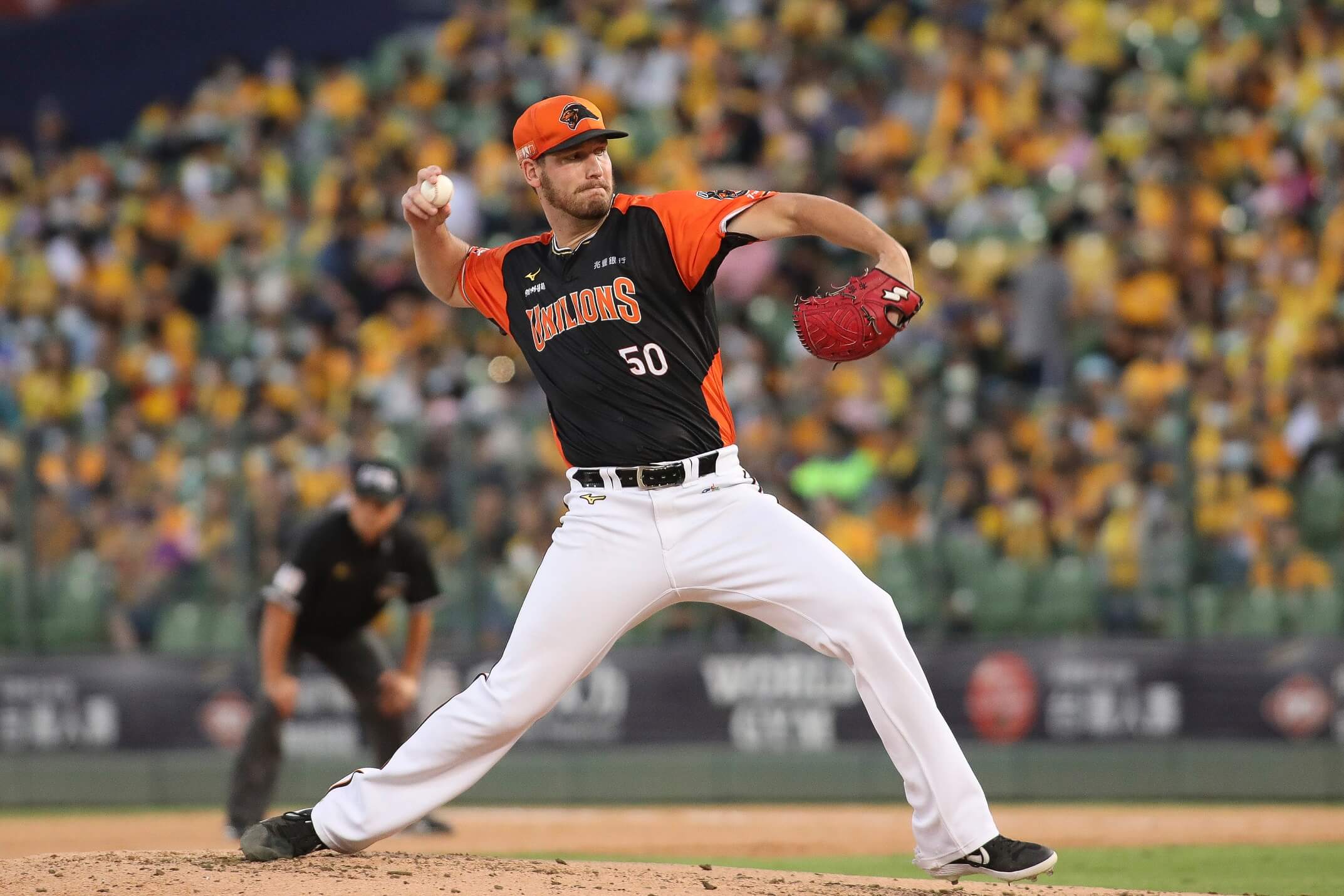 On January 5, the Uni-Lions announced the signing of their ace Brock Dykxhoorn for the 2022 CPBL season. The 27-year-old Canadian right-hander, also known as “Big Doctor” by fans, will return for his third season in Taiwan.

According to the Uni-Lions, they signed Brock Dykxhoorn to a full-season contract. At this stage, he is set to report to spring training around mid-February. As for his contract detail? UDN reported that Brock Dykxhoorn’s salary is around 400,000 USD.

So, what was the secret to his success in 2021? According to the local media, Brock Dykxhoorn added a forkball to his pitching repertoire. He has worked closely with the Uni-Lions bullpen coach Lo Ching-Lung to fine-tune that pitch.