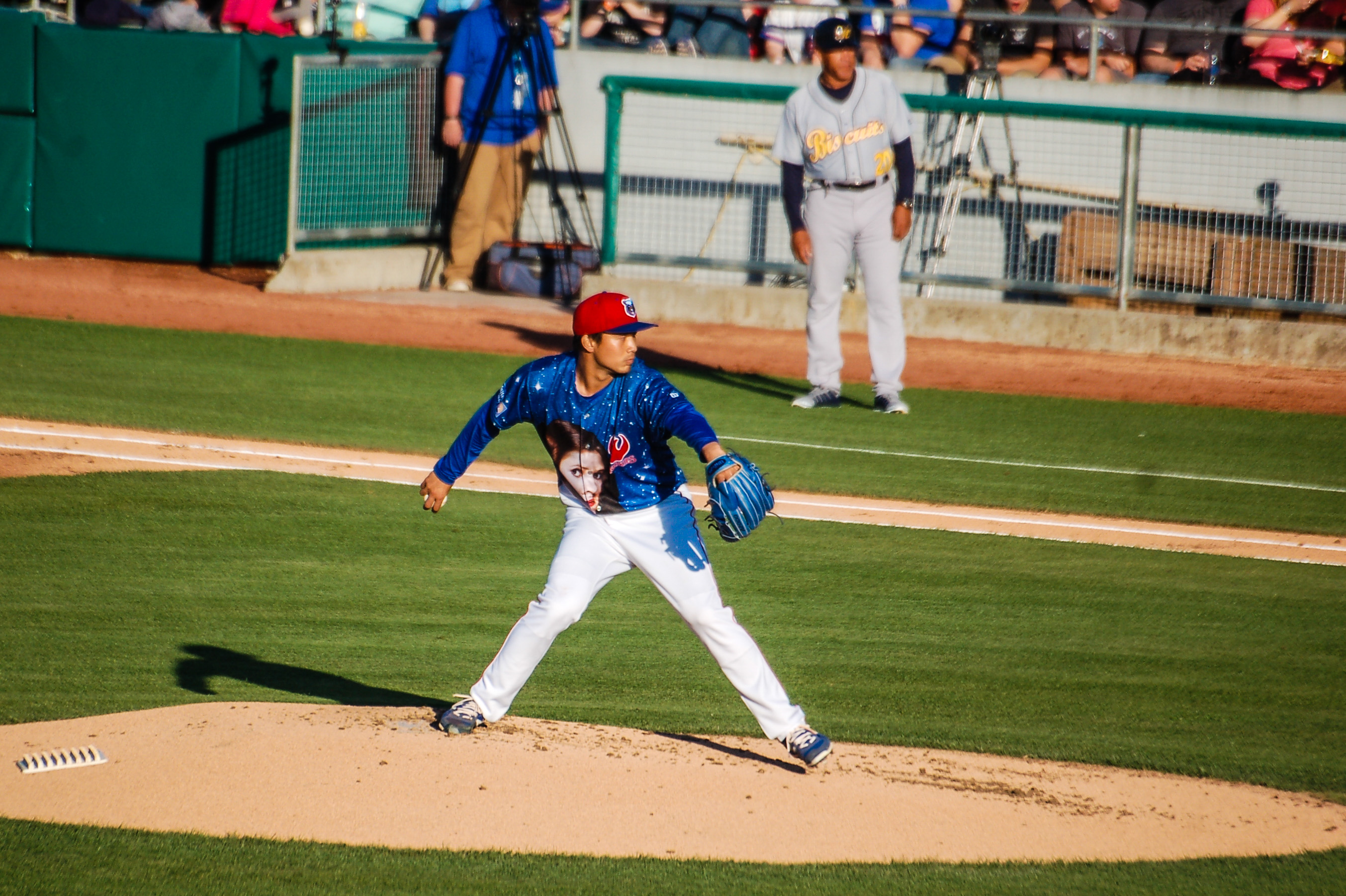 23-year-old Taiwanese RHP 曾仁和 (Tseng Jen-Ho) has been doing well since moving up to the Triple-A level in July.  With 3 starts under his belts, Tseng posted a solid record of 1.40 ERA, 1.14 WHIP, 15K over 19.1 innings of work.  (Here’s a video of Tseng pitching in Triple-A)

Tseng was signed by Chicago Cubs for 1.62 million USD as an international free agent back in 2013.  In 2016 he was named #20 prospect within the Cubs organisation by Baseball America.  With his recent promotion to Triple-A, Tseng is just a step away from achieving his big league dream.

Here’s a fun fact about Tseng.  His little league coach gave him the nickname Catfish, because Tseng was an infielder and his uniform was always dirty from diving on the ground during practice.  (Note: In Taiwan, there’s a type of catfish “Walking Catfish 土虱” can be found on dry land near muddy environment)

Huge thanks to our friends at Extra Innings UK for providing Tseng Jen-Ho photos while covering the Tennessee Smokies’ Star Wars night on his last trip to the United States.