Lamigo Monkeys unveiled today their uniforms for the 2017 CPBL season.  The newly deigned uniform is set to replace the original home uniform which was designed back in 2011 when the team first relocated to Taoyuan city. 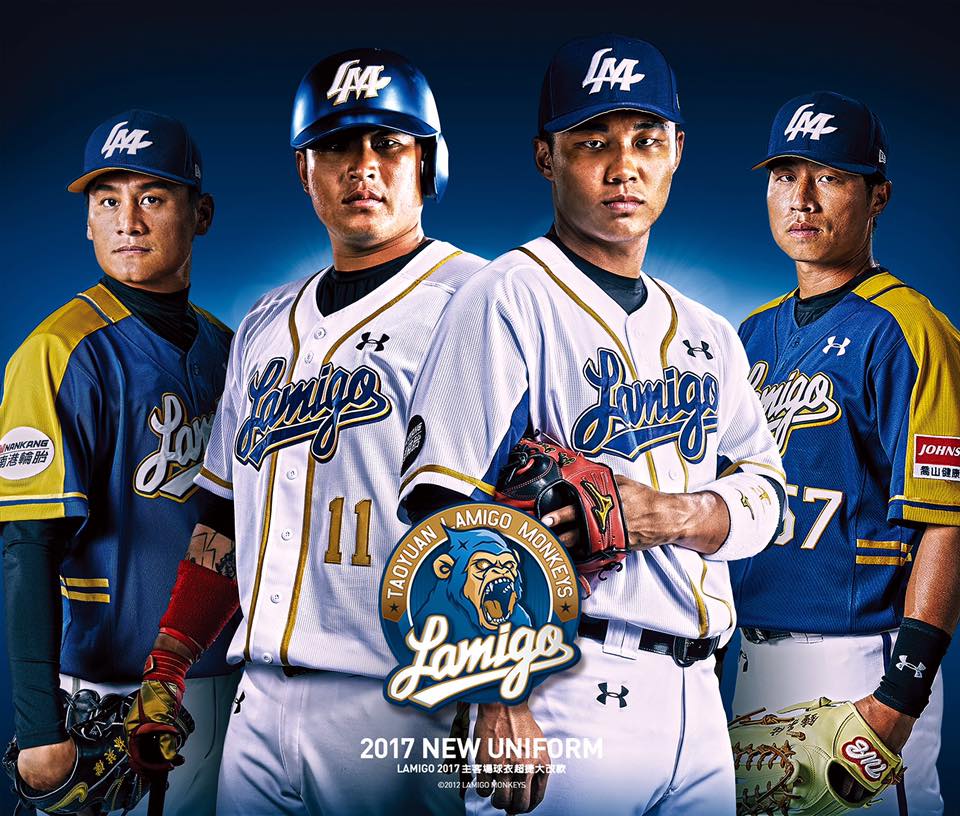 The new 2017 home uniform features 3 colour scheme.  White, Navy Blue and Champagne Gold which symbolised the organisation being more matured and having the prestige status.

The hat logo was also redesigned.  Moving away from the old busy and crowded “Monkeys” text and going for the more minimalist style of “LM” text.  The new new hat logo will be use in both away and home games.

After 6 years and 3 Taiwan Series Championship.  Lamigo Monkeys will wear the original home game uniform for one last time on the 1st April in Taoyuan stadium.  The new 2017 uniform will make its debut the next day.

The new corporate identity for Lamigo Monkeys has also been cleaned up and simplified to match the new 2017 home uniform colour scheme. 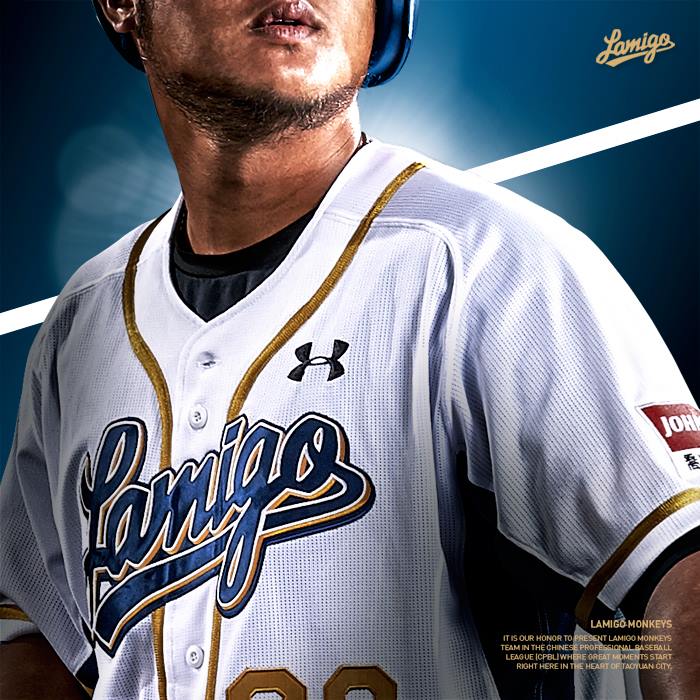