Fubon Guardians have reveled their 2017 uniform today with the slogan “FIRE UP”.  Guardians has partnered up with Nike, New Era and Rawlings for the players on-field equipment.

Going by the “Less is More” design philosophy, Guardians will have a clean and simple uniforms without any sponsorship patch this season.  The home uniforms is based in white while the away uniform is in blue.

The official Fubon Guardians mascot Frankie was also announced during the press conference.  Frankie is a little boy knight that wield an axe that made out of baseball.  According the Guardians GM Chris Tsai, Frankie will not be the only mascot for the Fubon Guardians this season.

During the off-season, Fubon Guardians has been busy headhunting cheerleaders from other professional ball clubs.  With this 12 girls group, 3 of them are from EDA Rhinos, 2 from Chinatrust Brothers, and 1 Uni-Lions and Lamigo Monkeys.

Apart from a selective few that still using their old EDA Rhinos theme songs majority of the players will have brand new theme songs and chants for 2017 season.  Can read more about that in the link below. 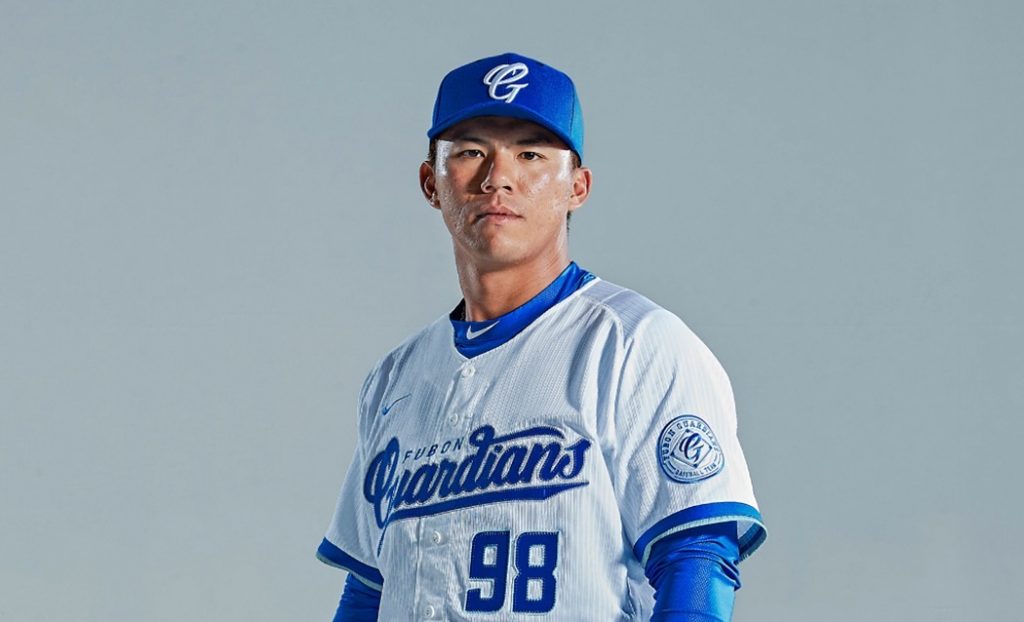