Despite the Fubon Guardians general manager told the media that they have no plan to sign anymore foreign players this season. They are definitely busy working behind the scene scouting for new foreign player before the 8-31 trade deadline.

According to the transaction report from the American Association (AA), the Guardians have acquired the former Washington Nationals’ RHP Taylor Jordan and is expected to arrive in Taiwan this Sunday.

Thank you to the @SiouxCityXs for this year! It was a wonderful experience, and I met some amazing people. Saturday I wil be leaving for Taiwan and playing for the #Fubon Guardians! I am so honored to have this opportunity thank you everyone for the support!

The Guardians have not officially confirmed the signing yet. But it is actually quite common within the CPBL, as the team normally would like to keep their signing a secret until the very last moment.

The 29-year-old righty was drafted by the Washington Nationals in the ninth round of the 2009 MLB draft out of Brevard Community College.

After leaving the Nationals organisation, Jordan landed a job with the American Association pitching for the Sioux City Explorers. In the 2018 season, he compiled a record of a 3.29 ERA and 1.20 WHIP over 15 starts and 95.2 innings. 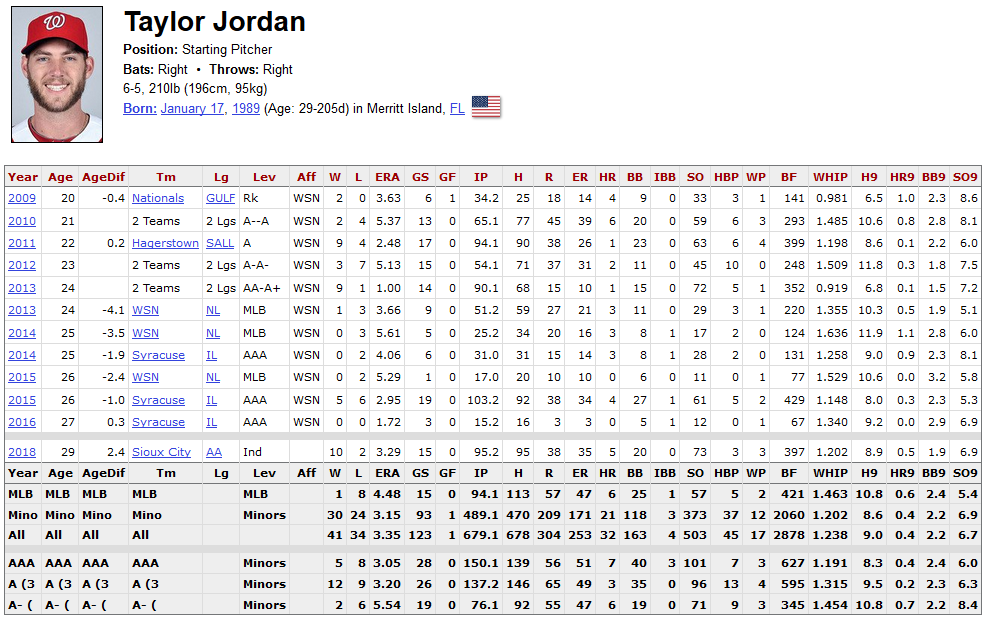 While it is still unclear at this point which foreign players on the Guardians rotation Taylor Jordan will replaced. However, it is safe to assume Jordan will probably head straight to the Guardians farm team first.

After having a couple farm league games under his belt, the Guardians will make the final decision before the August 31st trade deadline.