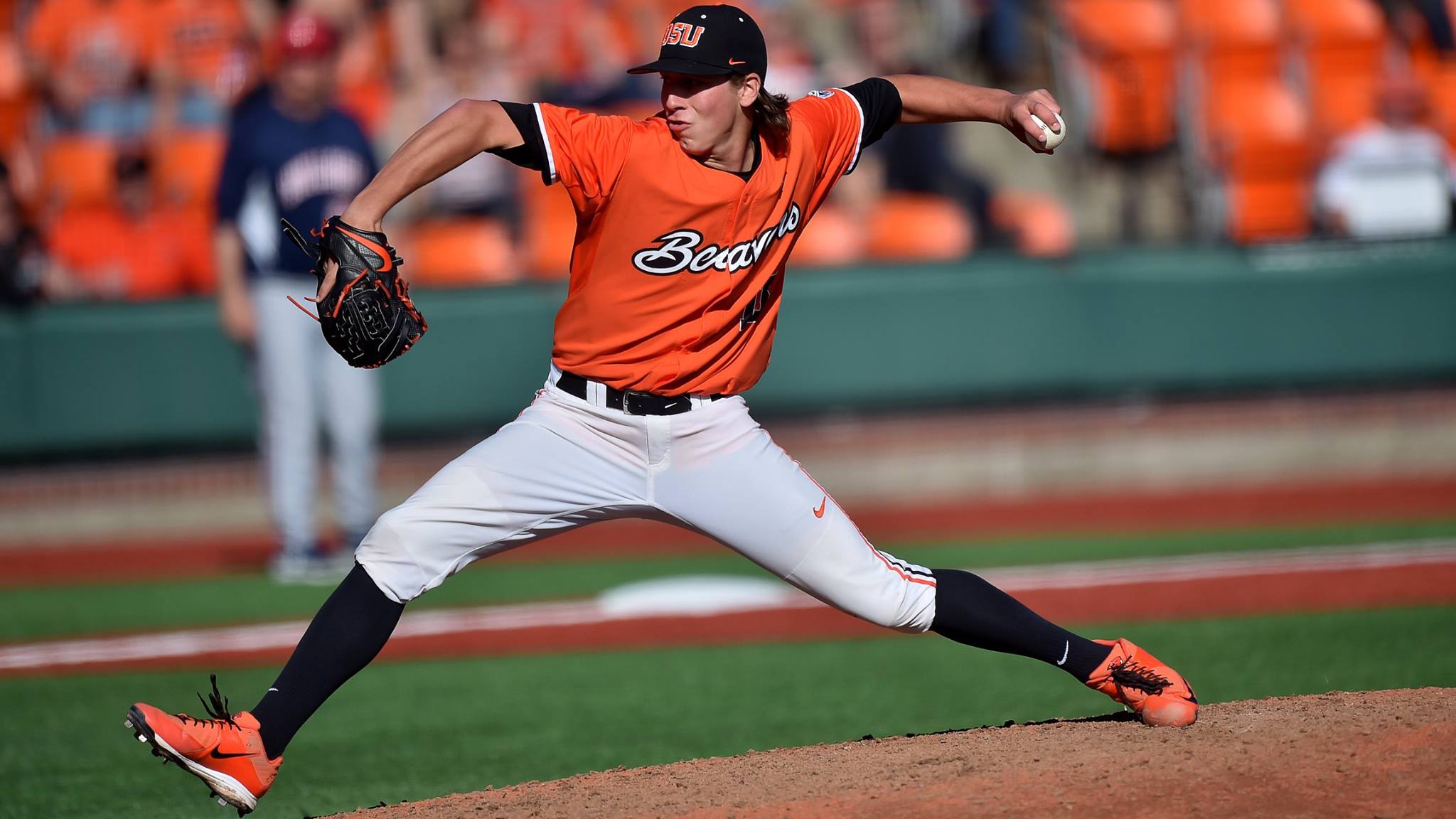 The Lamigo Monkeys caused quite a stir in Taiwan yesterday with the announcement of their signing of a convicted child molester Luke Heimlich. After the immediate public backlash against the baseball team, the CPBL stepped in and terminated Heimlich’s contract.

[Update #1: August 7th, 6 pm] The league is now saying that Heimlich’s case will be further reviewed. Should the Monkeys provide documents that support Heimlich’s innocence, the league will approve the contract.

[Update #2: August 10th] After further review of the case, the league has officially rejected Luke Heimlich’s contract based on Article 94 of the Players Misconduct Acts.

The signing of the 22-year-old sex offender came out of nowhere. At around 2 pm, the Monkeys posted the news about signing the Oregon State University’s left-handed pitcher Luke Heimlich on their Facebook page.

In his four seasons with the Oregon States University, Heimlich posted a combined record of 36 wins, 13 losses, and a 2.49 ERA. He is currently OSU’s all-time strikeout leader with 385 strikeouts. The talented lefty was awarded the Pac-12 pitcher of the year award in 2017 and 2018.

Initial Statement from the Lamigo Monkeys

“We have been tracking Luke Heimlich for some time now,” said the Monkeys’ general manager 劉玠廷 (Justin Liu). “We have even received letters of recommendations from the Oregon States University and an MLB team”

Liu also mentioned that Heimlich is a potential first-round draft pick candidate in the MLB draft. It is unfortunate that someone of his calibre will be unable to showcase his talent.

The Monkeys’ general manager did not disclose whether the Lamigo Monkeys were aware of Heimlich’s background prior to the signing.

*Note: This unnamed MLB team turned out to be the Kansas City Royals. 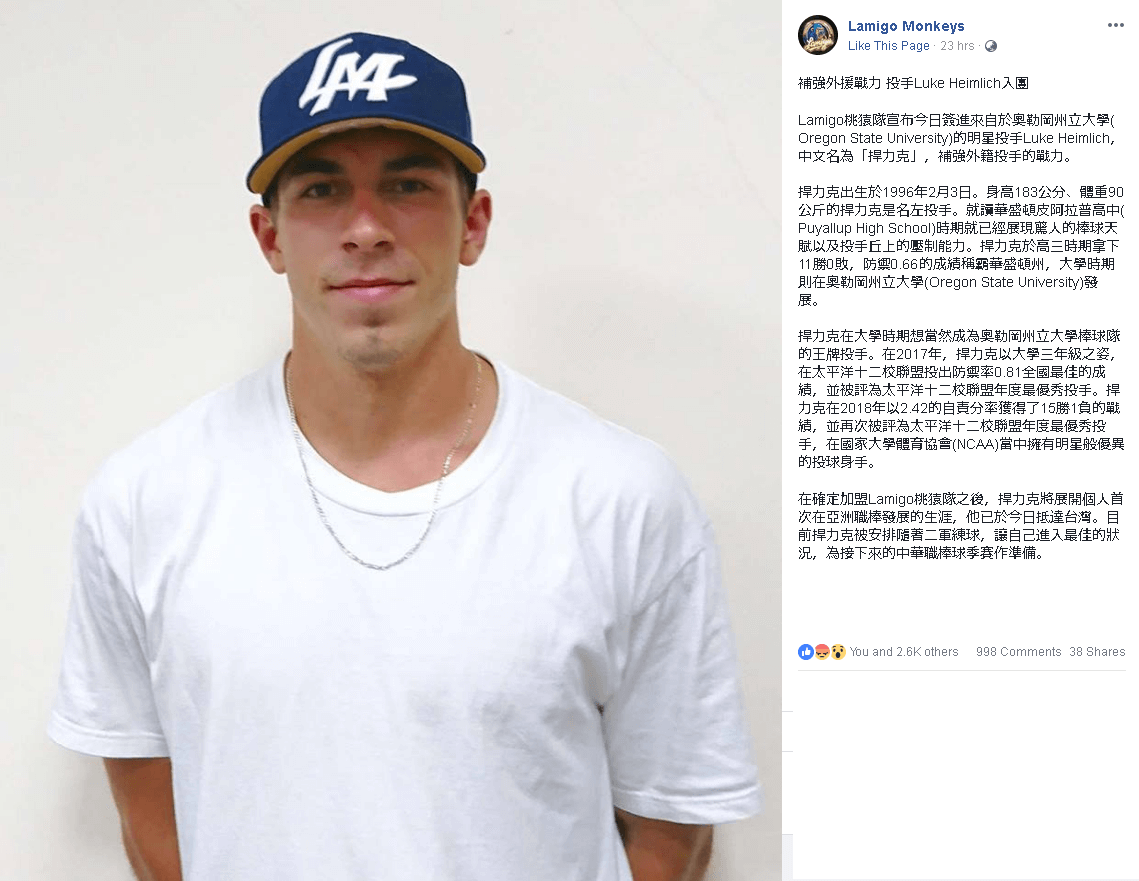 According to the reports from the United States, at the age of 15, Heimlich pleaded guilty to sexually molesting his six-year-old niece on numerous occasions.

Despite possessing all the tools to become a first-round draft pick in the MLB, Heimlich went undrafted for two straight years.

It took exactly one minute for people from Taiwan’s online baseball community to recognise Luke Heimlich. And within an hour, the news that the Monkeys had signed a child molester had hit all of the major Taiwanese media outlets.

Apart from the huge backlash on the media front, the Monkeys also took a beating on social media. Angry fans flooded the Monkeys’ Facebook page leaving hundreds of messages criticising the team for their lack of common sense when signing new players.

Instead of making an official statement, the Monkeys’ front office did the most cowardly thing. They went silent, refused to comment on the issue, and started deleting all of the negative messages from their Facebook page.

On August 7th, at 4 pm, two hours after the initial signing announcement, the CPBL official released the following statement:

At around 6 pm, the league followed up with a much tougher and stronger statement:

Based on Article 94 of the Players Misconduct Acts, Luke Heimlich’s criminal background clearly breached the rule when it comes to hiring new players.

By signing Heimlich, the Monkeys have damaged the league’s public image. Therefore, the league demands that the Monkeys terminate Heimlich’s contract immediately. The CPBL has a zero tolerance policy on this type of issue.

At around 6:30 pm, the league back-peddled and dramatically changed its tone. While still relaying the same message, it left some wiggle room for the Monkeys to appeal the case.

The league added another point to their previous statement, by noting that the case is currently under review. Should the Monkeys provide sufficient evidence to prove Luke Heimlich’s innocence, the league would approve his contract.

On August 8th, the Monkeys submitted all the necessary documents to the league for further review. According to ETtoday, the documents supposedly included a copy of his idHSC (Identity History Summary Checks) from the FBI.

The Deputy Secretary-General of the CPBL confirmed that the league had received the documents from the Lamigo Monkeys. However, the league declined to comment on the details and how long the review process would take.

The Monkeys spoke with the media on August 8th, just before their game at the Xinzhuang Stadium. This was the Monkeys’ first ever public statement since the whole affair started.

“We applied for signing of Luke Heimlich on a tryout basis, we just have to wait for the league’s decision,” said the Vice General Manager of the Lamigo Monkeys, 浦韋青 (Pu Wei-Ching). “The league will review all of the documents that we submitted. At this stage, I will not go into details about those documents.”

On August 8th, the media asked the Lamigo Monkeys’ manager 洪一中 (Hong I-Chung) to comment on the signing of Luke Heimlich.

“I only found out about the signing of Luke Heimlich a couple of days prior,” said the Monkeys’ manager 洪一中 (Hong I-Chung). “I did not look into Heimlich’s previous background. My job is to utilised the players that are given to me by the organisation to the best of my ability.”

Cory Snyder, the manger of the Chinatrust Brothers, had a much clearer and stronger opinion on the situation:

“I trust that the CPBL have their own regulations when it comes to hiring new players, and rules are not meant to be broken,” said the Brothers’ manager Cory Snyder. “You follow and comply the regulations, you do not try to find loopholes in them. Rules are not records. You can break records, but not the other way around.”

On August 9th, three days after the signing of convicted child molester Luke Heimlich was announced, the league was still unable to provide an answer.

According to the CPBL Secretary-General, meetings have been arranged to review the case and at this stage, the league is unable to provide a timeline for an answer.

On August 10th, the CPBL officially rejected Luke Heimlich’s contract with the Lamigo Monkeys on the basis of protecting the league’s public image.

According to the league, upon reviewing the additional documents supplied by the Lamigo Monkeys, while there were different interpretations of Luke Heimlich’s case, the act of pleading guilty to the molestation charge was a fact.

*Note: By pleading guilty to the charge at the age of 15, Heimlich’s record was supposed to be sealed. However, it was leaked by the US media in 2017.

Based on that, Heimlich had breached Article 94 of the Players Misconduct Acts and the league would not approve his contract. 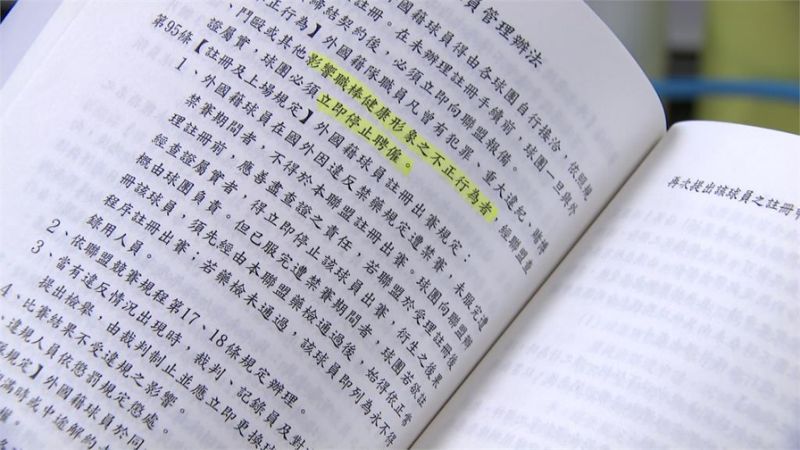 On August 11th, the Lamigo Monkeys sent out a press release to all media outlets and posted on their Facebook page.

*Note: It was a fairly long press release, so we did not translate everything, only the important parts.

The Lamigo Monkeys claimed that as Luke Heimlich had completed his probation without any further incidents, his record was supposed to be sealed. If the United States judicial system had given Heimlich a second chance in life, why couldn’t the CPBL do the same?

The Monkeys then used the NBA player Caron Butler as an example. Butler was a drug dealer at age 12 and was arrested multiple times before the age of 15.

Instead of shutting out Butler, the University of Connecticut provided him a second chance in life. Butler went on to have a 14-year professional career in the NBA and stayed clean the whole time.

Interestingly enough, in their press release, the Monkeys mentioned it was the Kansas City Royals that gave them the recommendation letter for Luke Heimlich. Since the signing, the Monkeys have received multiple enquiries from MLB scouts about Heimlich. 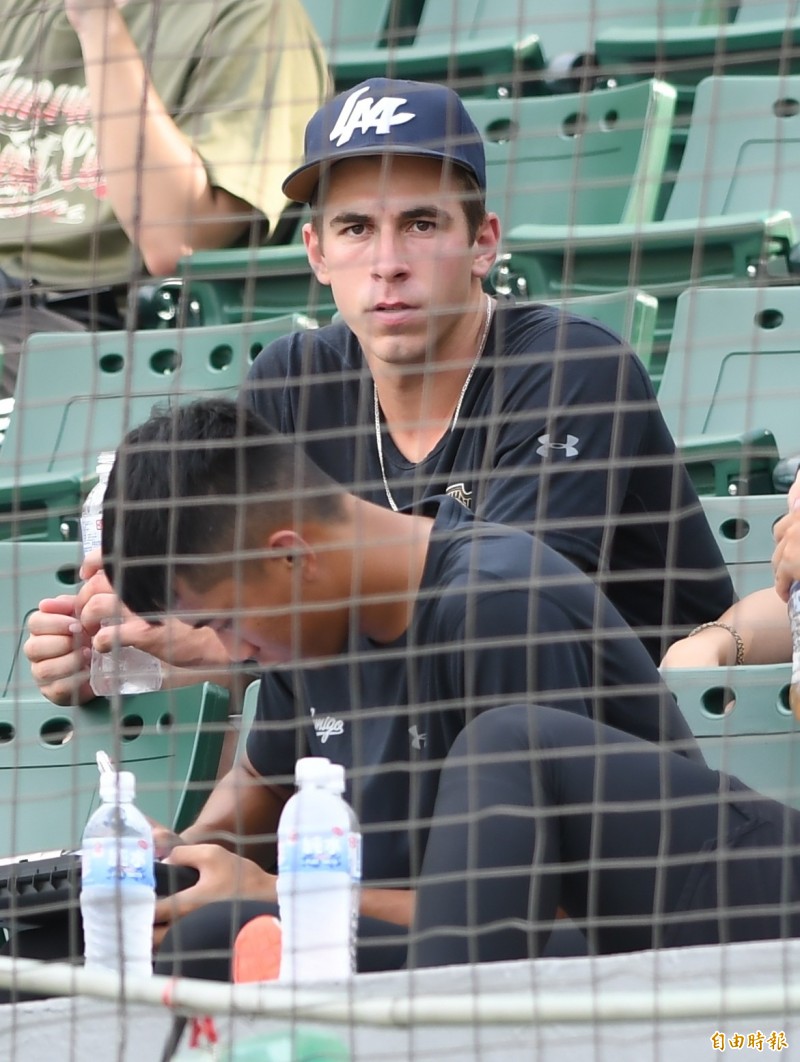 So, what are these Players Misconduct Acts? Here is the simplified version:

In 2013, the CPBL implemented this new policy to ensure that teams would have better hiring standards when it came to new players.

Chapter 17, Article 94 states. “All players with previous criminal records, violent crime charges, game-fixing charges, or any misconduct that will damage the public image of the league will be dismissed immediately.”

Long story short, Luke Heimlich will probably not be able to pitch in Taiwan. Here are the reasons why:

Convicted for child molesting. Regardless of whether his record was sealed or not, it happened and Heimlich pleaded guilty to it. This already breaches the 2013 Players Misconduct Acts.

Damaging the league’s overall public image. With all the domestic and international media outlets headlines saying that the CPBL has signed a child molester, it is pretty self-explanatory.

From the perspective of the CPBL, after almost ten years of trying to keep clean and with most teams having an overall marketing strategy targeting the family market, having a convicted child molester in the league would be a huge blow to their public image.

But again, with the latest development of the Monkeys submitting the documents to the league and the case being now under review, despite the chances being slim, anything can still happen.

*Disclaimer: I do not work for the league nor do I have any inside knowledge about this matter. My findings are purely based on the facts given via the official press releases and news articles.

Before Luke Heimlich, there have been several cases where the league and teams ended up firing players because of the misconduct policy.

In 2017, during the pre-season, the Chinatrust Brothers announced the signing of Kyle Simon from the Atlantic League. During the status check process, the league found out Simon had previously received a 50-game suspension for a drug abuse violation while in the MLB system.

Despite the fact that Simon did not finish serving his suspension, what end up nixing his contract was the “drug abuse violation” which breached the Players Misconduct Acts. Simon was released from his contract with the Brothers in just one day.

Perhaps one of the most highly-touted prospects in recent times, in May 2018, after conducting an internal investigation, the Fubon Guardians terminated the contract of 2014 strikeout leader 黃勝雄 (Huang Sheng-Hsiung) over a domestic violence incident.

According to the news report, Huang struck his wife multiple times in the face while staying in the team’s dormitory.

#Fubon Guardians currently investigating the domestic violence allegation against 黃勝雄 (Huang Sheng-Hsiung). According to Guardians press release, the team might terminate his contract if proven to be true. Huang was drafted 1st round in 2013, with fastball tops at 150kph #CPBL pic.twitter.com/ePehBhYiKh

In March 2017, the Lamigo Monkeys fired the 2013 Rookie of the Year winner 郭修延 (Kuo Chiu-Yen) over the charges of sexual assault and breaking and entering.

According to the news report, after drinking, Kuo scaled a wall, snuck into the room of a female student, and exposed his genital.

Kuo originally denied the allegations, but CCTV caught his despicable acts on camera. He ended up being prosecuted and the Monkeys released him based on the misconduct policy.

#Lamigo 郭修延 (Kuo Chiu-Yen) contract has been terminated due to serious misconducts after drinking. Kuo was 2013 rookie of the year #CPBL pic.twitter.com/J5XGaKrDog

Tinfoil Hat Theory: What Are They Planning?

With the Monkeys insisting on signing Heimlich and the league being extremely slow at reviewing the case, it is hard not to start suspecting that there might be something going on behind the scenes.

Is it possible that the Monkeys struck an under-the-table deal with an MLB organisation or with Heimlich’s agent? If you are interested in reading my tinfoil hat theory about this whole situation, you can find it here.