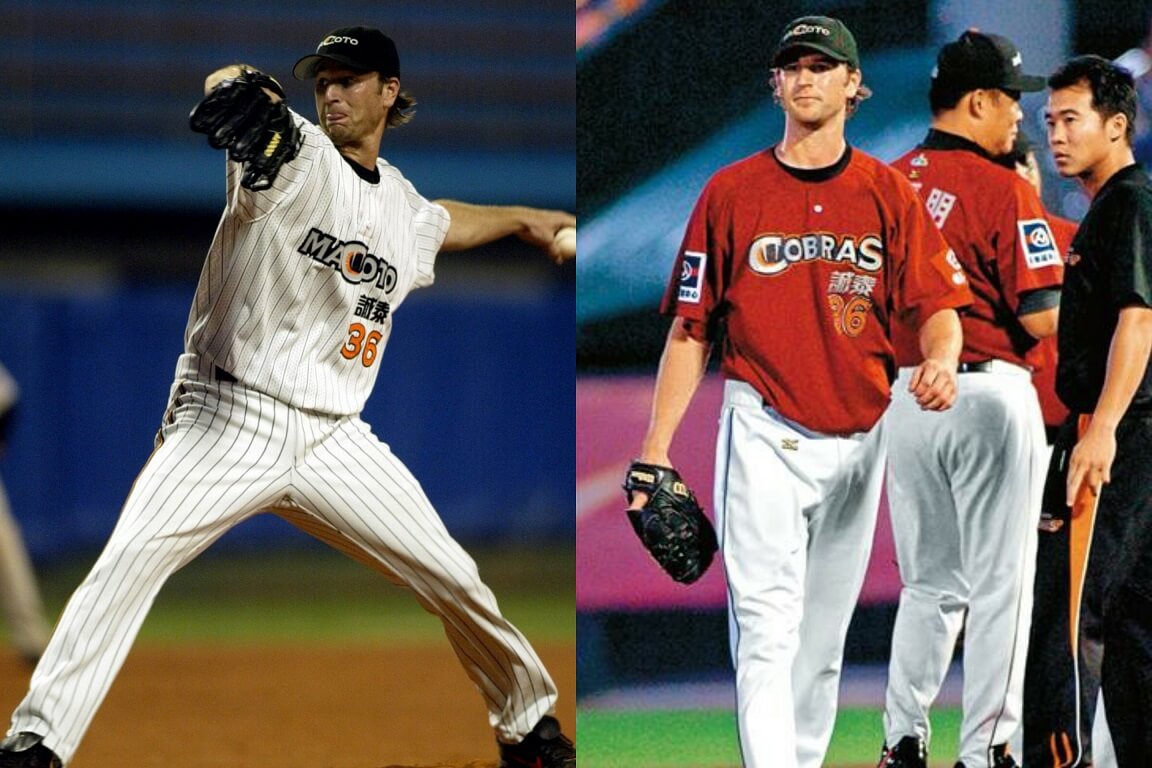 One of the most asked question lately about the Uni-Lions is mostly about their foreign players plan before the August 31st trade deadline. It seems we now have the answer for it.

Due to the time difference between the United States and Taiwan, the Uni-Lions have no make any officially news about the signing yet.

New Britain starter Andy Van Hekken has signed in Taiwan with the Uni-President Lions. Bees replace him with Brandon Beachy.

This is actually not the first tour of the CPBL for Andy Van Hekken. Back in 2007, as an young 27-year-old, Van Hekken joined the Macoto Cobras rotation. In that season, he posted a 3.50 ERA and 1.14 WHIP over 8 starts and 46.1 innings of work.

From 2012 to 2017, the lefty spent time pitching professionally in Korea and Japan. With his most notable achievement being in the 2014 KBO season with the Nexen Heroes. 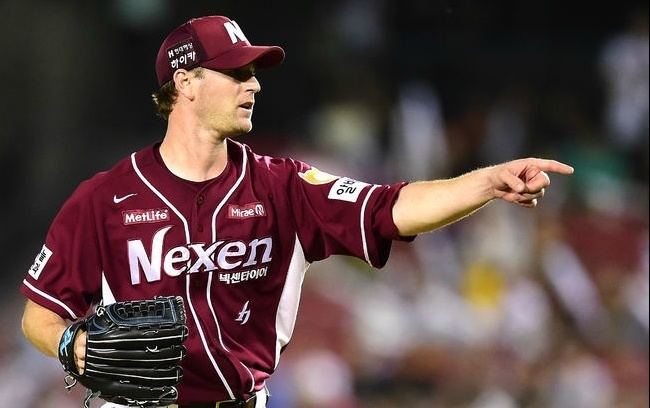 Van Hekken started his 2018 season in the Atlantic League pitching for the New Britain Bees. Prior to his signing with the Uni-Lions, he posted a record of 4.02 ERA and 1.28 WHIP over 94 innings. 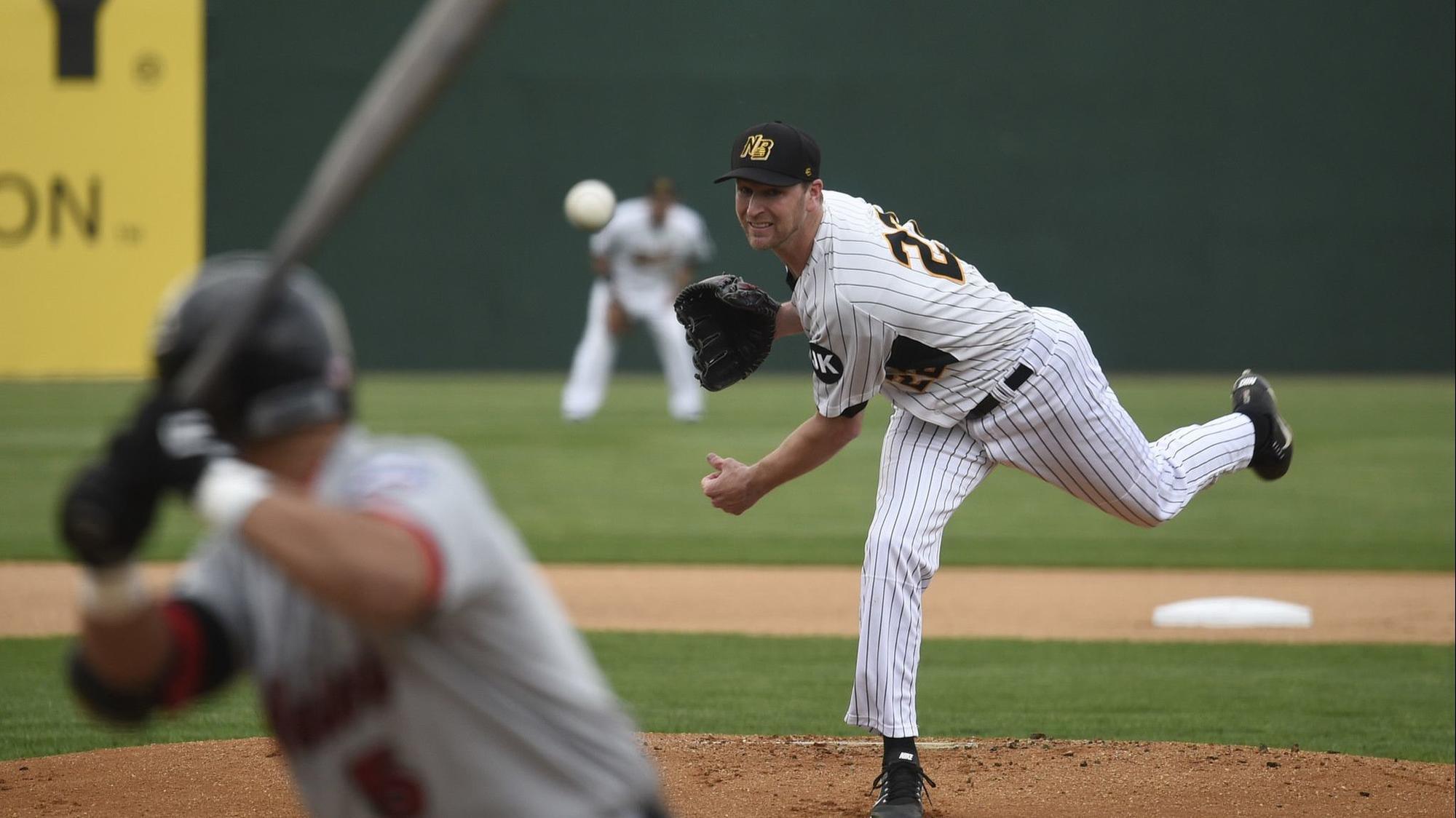 With the latest signing of Andy Van Hekken, the Uni-Lions now have five foreign players in their organisation. So, what is their plan before the 8-31 trade deadline?

According to the Uni-Lions manager last week, the team will release David Martinez once Van Hekken arrived in Taiwan. During that gap period, the team will call-up Chinen Kohya (知念広弥) from the farm team. 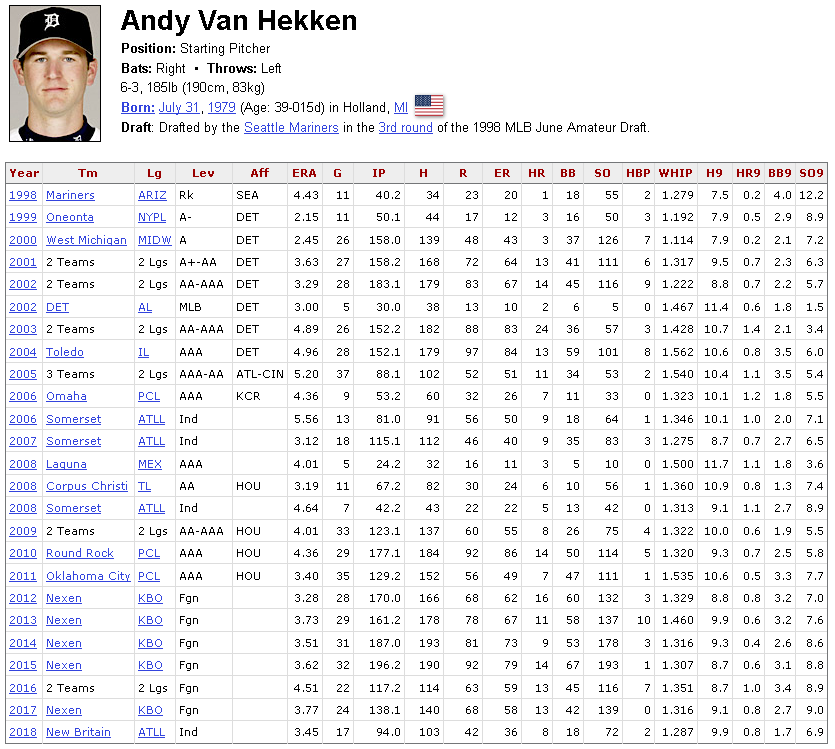 Here is something interesting. Andy Van Hekken is one of the handful of players that achieved the “Professional Baseball League Grand Slam” by playing in the four major professional leagues in the world (MLB, NPB, KBO and CPBL).

Based on our own privately record, we counted at least 18 players with this qualification. Maybe we will do a blog post about this during the off-season.