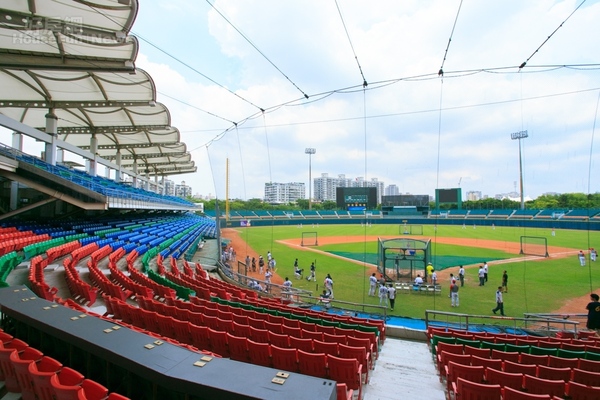 The Fubon Guardians’ new home, Xinzhuang Stadium is currently undergoing major renovations in order to gear up for the 2018 CPBL Season.

According the Guardians’ representative, Xinzhuang stadium will be getting a brand new LED scoreboard and also have the TrackMan system installed before the opening day.

Ever since Fubon Guardians have announced they will fully adopt Xinzhuang stadium for the next 10 years.  Guardians front office team have been busy visiting various MLB and NPB stadiums trying to get ideas to improve their new home.

So far, Fubon Guardians have spent over 3.4 million USD renovate and upgrading the stadium.

Third Stadium in Taiwan to Have TrackMan System

With the news of TrackMan system being installed.  This makes Xinzhuang the third stadium in Taiwan to have such data tracking system in place.

What about Lamigo Monkeys and Uni-Lions

Lamigo Monkeys also have the similar tracking system in place at Taoyuan stadium since 2016, but it’s not the TrackMan system.  They’re currently using MBC Sports+ Pitching Cam, a pitch tracking system from Korea.

When asked whether Uni-Lions will followed the rest of the league to have similar tracking system in Tainan stadium.  Uni-Lions GM told the media there’s no plan to install the data tracking system at this stage.