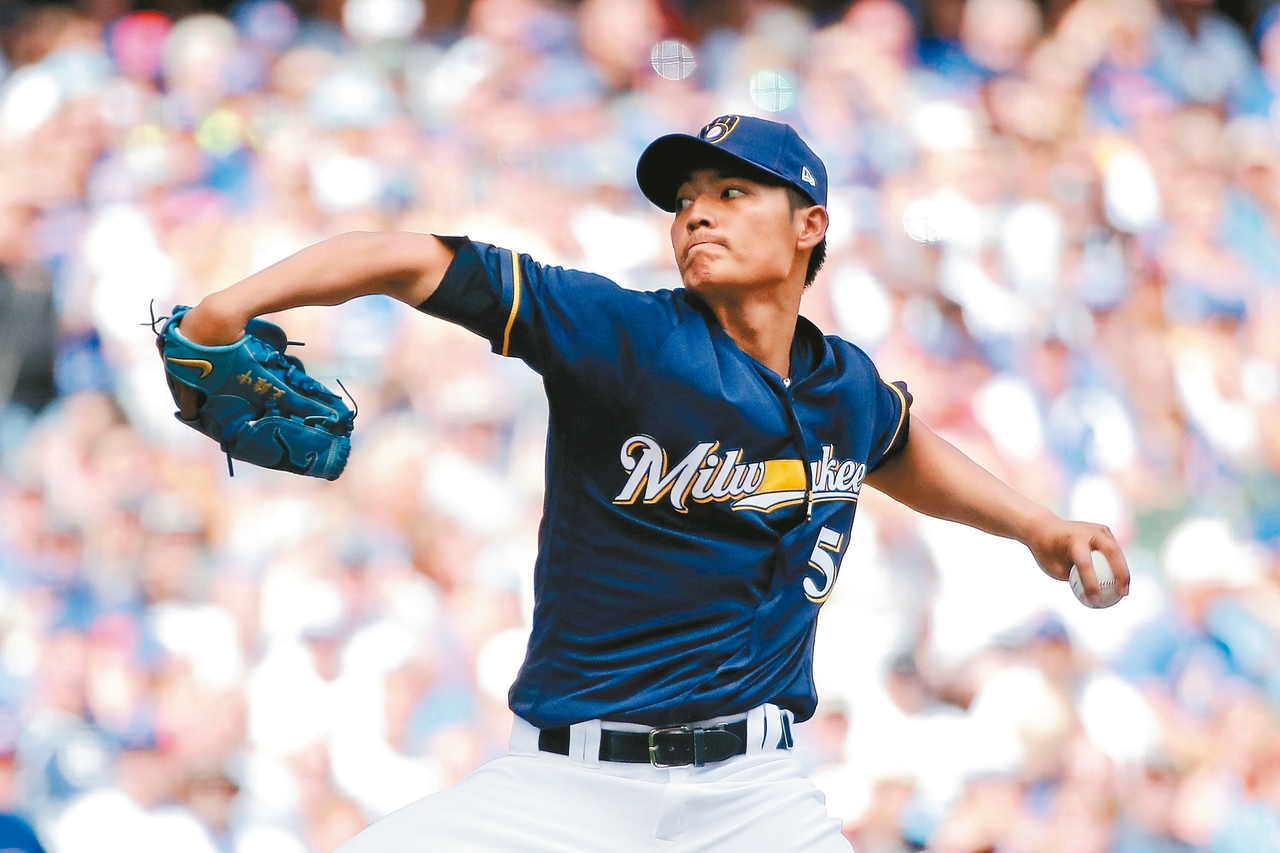 According to Taiwanese media, the Milwaukee Brewers’ 25-year-old Taiwanese LHP 王維中 (Wang Wei-Chung) will be heading to KBO’s NC Dinos for the 2018 season. Wang is expected to leave for Korea and report to his new team in the next few days.

Apparently, Wang has been on the NC Dinos’ watch list for a while now. The NC Dinos organisation had sent scouts to watch Wang during his time in the minor league. Based on the latest rumours (Kim Sung-Min on Twitter), Wang is expected to receive a salary package of $700,000 USD plus incentives.

As of today, both the Brewers’ and Wang’s representatives have declined to comment. The NC Dinos have told the Korean media that Wang is a top contender in their 2018 foreign player signing list, but nothing has been finalised yet.

Rumour Milwaukee #Brewers Taiwanese LHP 王維中 (Wang Wei-Chung) might be heading to #KBO's NC Dinos. The 24-yr-old LHP is expect to leave for Korea the next few days to report to the team. cc @MyKBO & @sung_minkim pic.twitter.com/VLHgIXRQZv

#Brewers not commenting on report out of Korea that LHP Wei-Chung Wang but I have no reason to believe it's false. That will open a spot on the 40-man roster when it becomes official. Team would receive financial compensation as well.

A Quick Profile of Wang Wei-Chung

In 2011, at the age of 18, 王維中 (Wang Wei-Chung) was signed out of Taiwan by the Pittsburgh Pirates as an international free agent. In 2013, Wang was picked up by the Brewers during the Rule 5 Draft and made his MLB debut in 2014, thus jumping from the rookie league straight to the show.

Wang spent the majority of his 2017 season in the Triple-A. In the hitter-friendly Colorado Springs, he wound up posting a 2.05 ERA and a 1.21 WHIP across 57 innings with 48 strikeouts and 12 walks.

Not the First Taiwanese to Play Baseball in Korea

Hsu spent five years pitching in Korea while working on his master’s degree.  In 1990, Hsu returned to Taiwan to take up a coaching position for the Wei-Chuan Dragons in the inaugural CPBL season.

If 王維中 (Wang Wei-Chung) end up signing with KBO. He will be the 2nd Taiwanese that play baseball in Korea. First one being the late EDA Rhinos skipper 徐生明 (Hsu Sheng-Ming) back in 1984 playing for the Hankook Cosmetics (Semi-Pro). pic.twitter.com/btz0ciiDSa

There is Another “Taiwanese” Player in the KBO

If we want to be really technical about this, RHP 蘇紹卿 (So So-Gyeong/ 소소경) was actually the first “Taiwanese” to played in the KBO, as he was holding a Taiwanese passport at the time he participated in the KBO draft.

So So-Gyeong was born and raised in Daegu, South Korea. His grandparents immigrated from China to Korea during the Second World War.

A little quick history lesson: Before losing the civil war to the Chinese Communist Party in 1949, the Taiwanese government was in control of China. That is why So So-Gyeong was able to have Taiwanese citizenship, despite having never lived in Taiwan. It is similar to the case of NPB legend 王貞治 (Sadaharu Oh).

So So-Gyeong went through the Korean educational system and was drafted in the first round by the Haitai Tigers (now the KIA Tigers) in the 1998 KBO draft. He posted a career record of 6.01 ERA and 1.66 WHIP over 161.2 innings across 6 seasons while playing for the Tigers and the Twins.