On May 24, at the Guardians-Brothers game in Taichung, things got heated in the top of the sixth inning. Both benches were cleared over a hit-by-pitch incident involved the CTBC Brothers’ Ariel Miranda and Fubon Guardians’ Lin Yi-Chuan.

Let us wind back the clock a little, and establish the timeline for everything leading up that hit-by-pitch incident in the top of the sixth.

Home Runs by Chang and Lin

It was a battle of the aces between the Fubon Guardians and CTBC Brothers, as both teams sent out their best starting pitchers to the mound.

In the bottom of the first inning, the Brothers struck first with Chang Chih-Hao taking Henry Sosa deep to the right for a solo shot. Top of the third, the Guardians returned the favour by blasting two home runs off Ariel Miranda, including the solo home run by Lin Yi-Chuan.

Then the revenge style of baseball began, well, “allegedly” anyway. 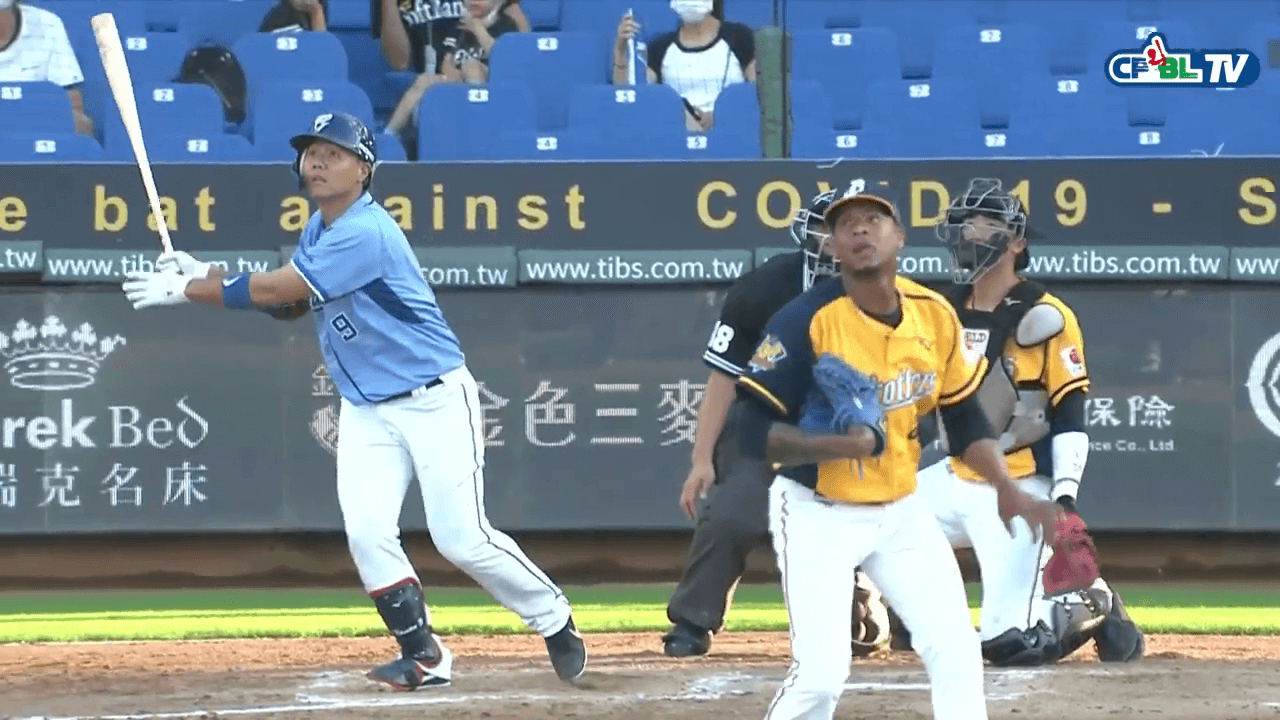 Hit-By-Pitch by Sosa and Miranda

Facing Chang Chih-Hao for the second time, Henry Sosa drilled Chang in the knee with a fastball. Chang ended up exiting the game for treatment.

“At the time, all I worried was my bone,” said Chang Chih-Hao after the game. “I did not have the time to think about whether it was intentional or not.”

Although Sosa tipped his hat at the Guardians’ dugout, for someone who has a 3.5 career BB% in the CPBL, the timing of this hit-by-pitch just seemed suspicious given Chang had hit a home run off Sosa in the previous at-bat.

“I did not hit him intentionally, it was completely accidental,” Henry Sosa told ETtoday.

Fast forward to the top of the sixth inning, facing Lin Yi-Chuan, who homered against Ariel Miranda earlier. Miranda began in the inning by throwing a fastball at Lin’s head. The umpire quickly called a timeout and warned both benches and Miranda.

Ignoring the warning, Ariel Miranda then hit Lin Yi-Chuan in the knee with a fastball on purpose. Lin went down in pain and both benches cleared. Shortly after the hit-by-pitch, the umpire immediately ejected Miranda.

When asked by the media, Ariel Miranda declined to comments on that hit-by-pitch incident. The Brothers’ pitching coach John Foster thinks it was an accident, Miranda was having some command issue in that game. 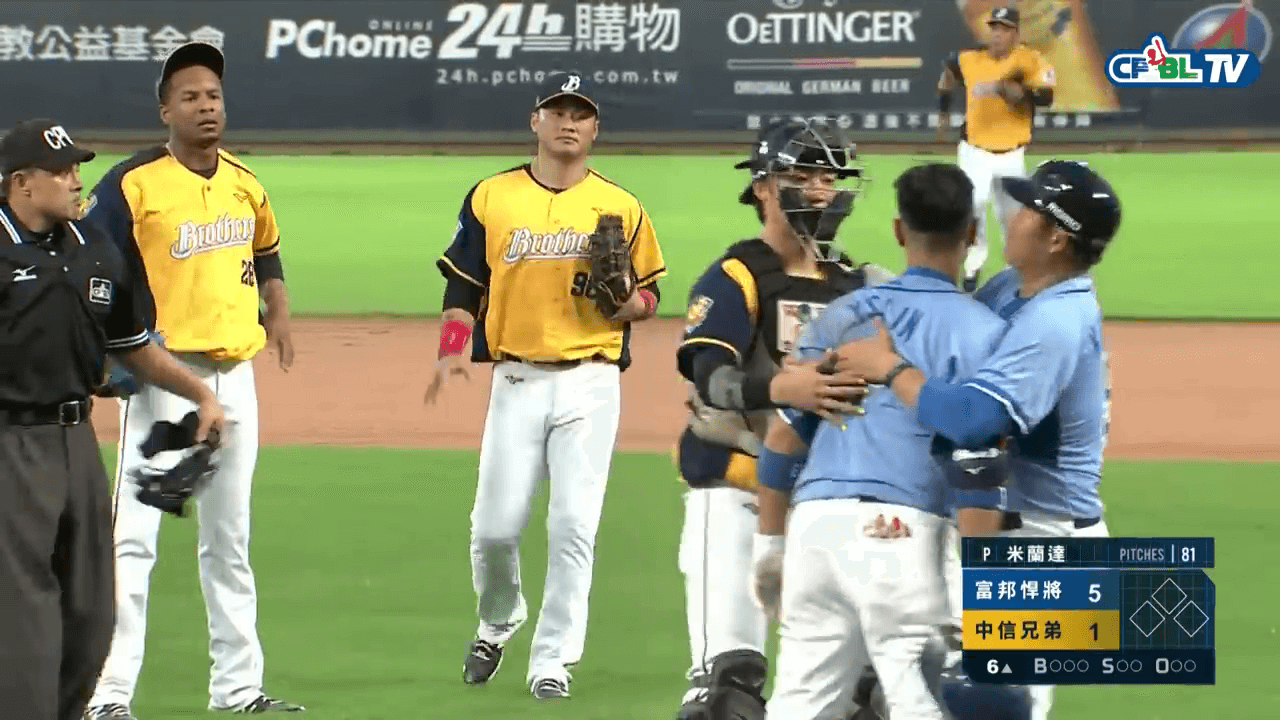 Chang and Lin Listed as Day-to-Day

Both Chang Chih-Hao and Lin Yi-Chuan left the game early and went to the hospital for further examination. The x-ray results came back negative with no damage to the bones.

Hit by pitch is part of the game. However, intentionally throwing at someone in the knee is not right, and Ariel Miranda should receive a lengthy suspension and a hefty fine for what he did on the field. 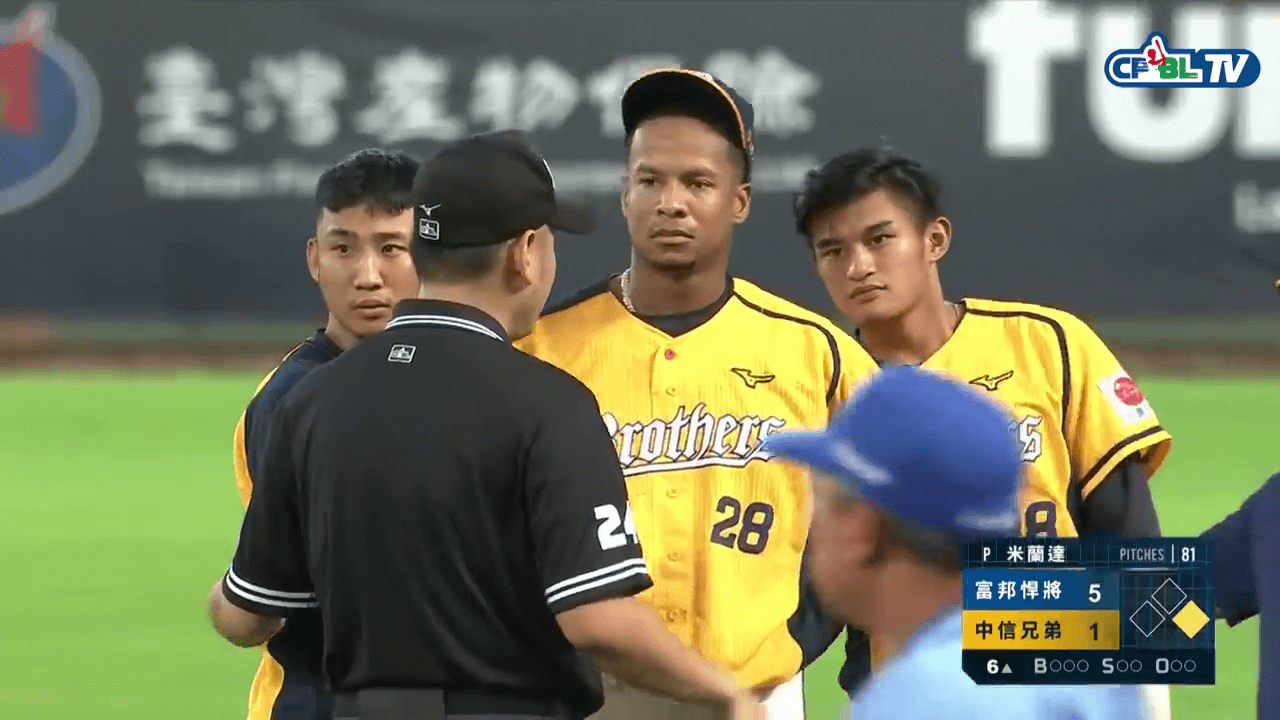