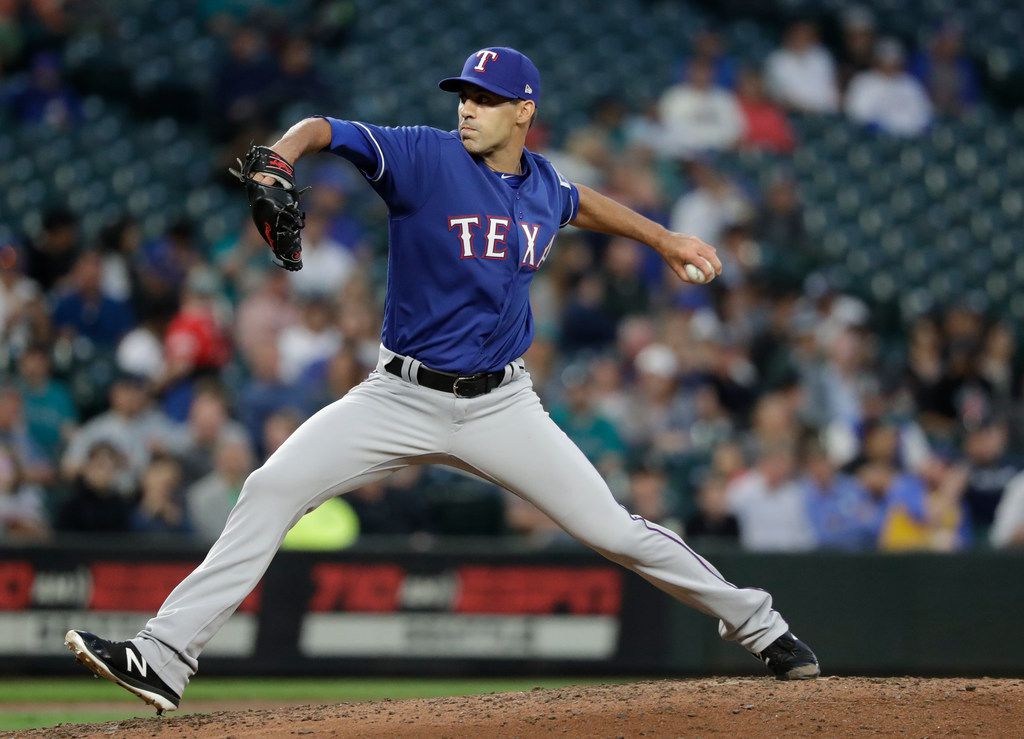 On August 1, the Rakuten Monkeys announced the signing of 36-year-old left-hander Brandon Mann. According to the team, Mann has already arrived in Taiwan, and once he completes his mandatory quarantine, he will report to the team around mid-August.

“I enjoy playing professional baseball in Asia, and I look forward to starting my career in Taiwan’s CPBL,” said Brandon Mann in the Monkeys’ press release.

“At this stage, Brandon Mann will go into the rotation, and his age [36] is not an issue,” the Monkeys’ manager to ETtoday. “However, it all depends on whether he can adjust to the humid weather in Taiwan.”

Brandon Mann began his professional career with the Tampa Bay Rays organisation in 2001, over the next eight seasons, he made his way up within the Rays system reaching Double-A.

Between 2011 to 2012, he crossed the Pacific ocean and wound up pitching for the Yokohama DeNA BayStars in Japan. After two seasons in the NPB, he returned to the MLB system and ended up making his MLB debut in 2018 with the Texas Rangers.

In 2019, Brandon Mann returned to Japan’s NPB for his second tour with the Chiba Lotte Marines and posted a 3.94 ERA and 1.75 WHIP over 16 innings.

According to the scouting report on Baseball Data Japan, Brandon Mann has six pitches in his pitching repertoire but mostly rely on four pitches. 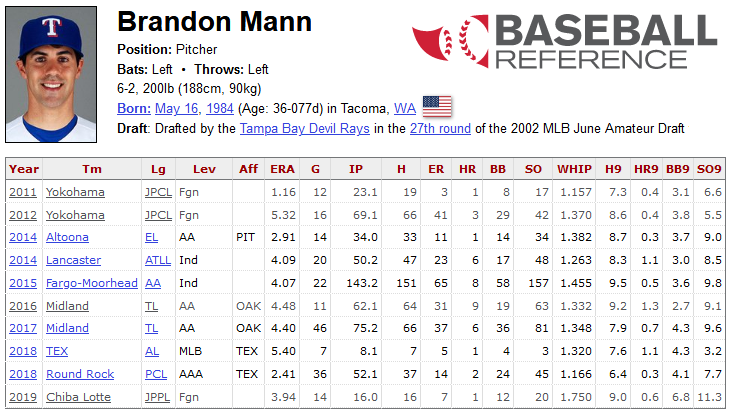