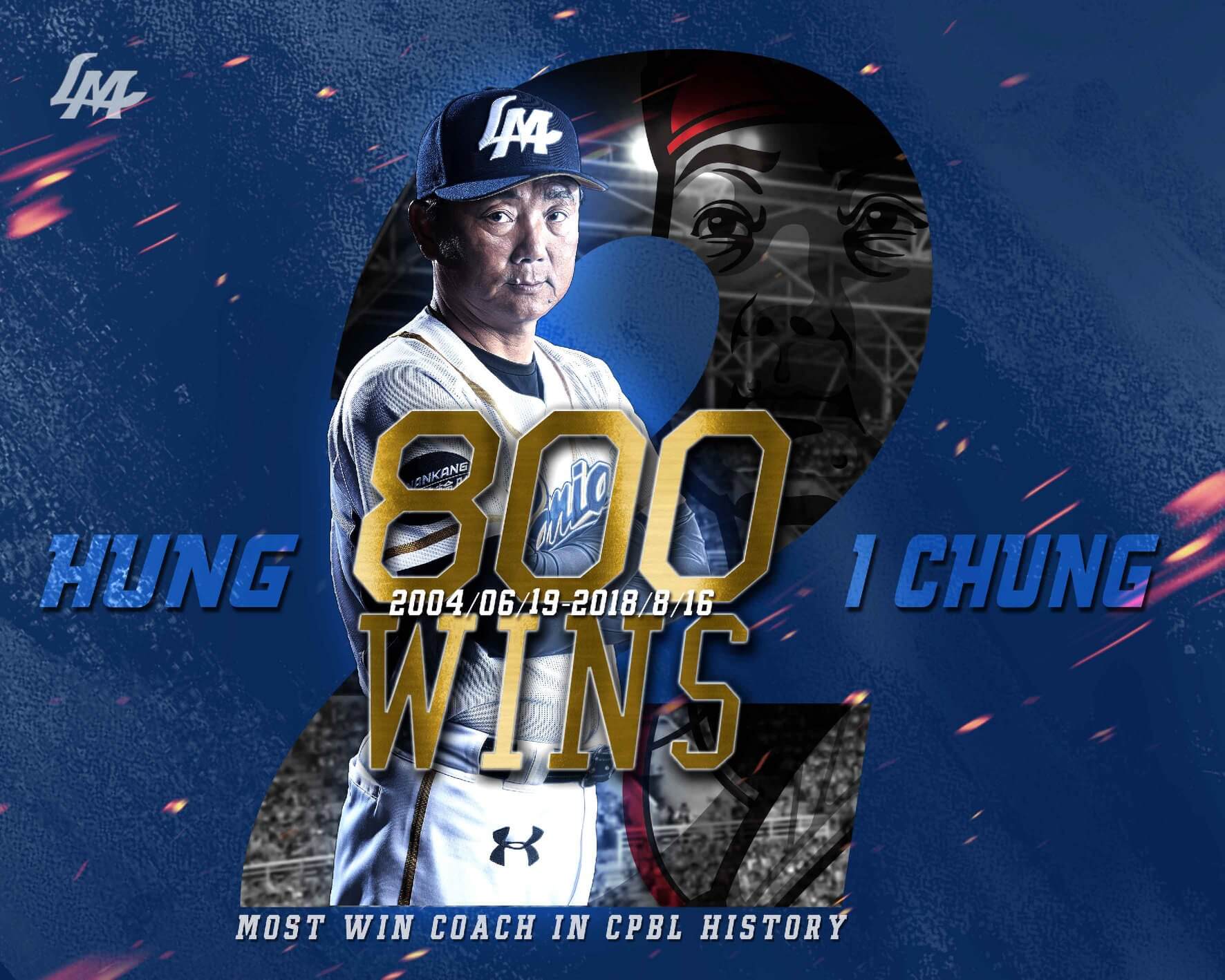 There is a saying about the managers in the CPBL: You hired them so they can be fired later. After thinking about it, for most of the CPBL managers over the past 29 seasons, there is some truth to this. It is rare to see a manager stay in the role long term.

Despite the short managerial shelf life, it seems the “industry standard” does not apply to the Lamigo Monkeys’ manager 洪一中 (Hong I-Chung), as the 57-year-old recorded his 800th win as a manager last night.

After 14 seasons, Hong is now the CPBL record holder for the most wins (800) as manager and also as the manager with the most Taiwan Series Championships (5).

The Journey to 800 Wins: Managerial Record

According to the Lamigo Monkeys, the team has prepared a mini-documentary capturing Hong I-Chung’s journey to his 800th win. Fans will be able to watch it on Lamigo TV on August 27, 2018.

Apart from the documentary, a series of Hong I-Chung merchandise was also announced last night. The merchandise features Hong as 諸葛亮 (Zhuge Liang), a famous military strategist from the Three Kingdoms period (220 – 280 AD). 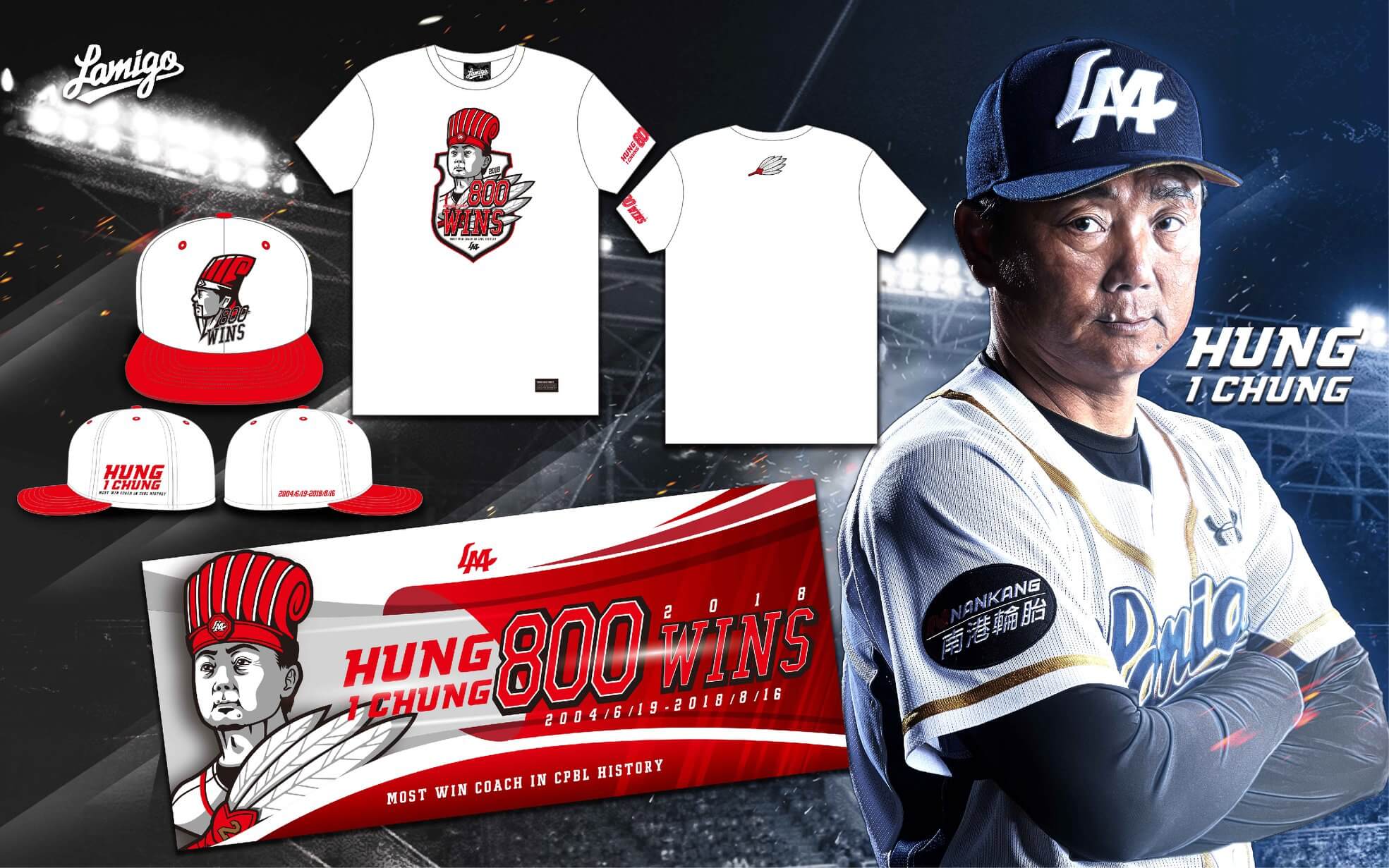