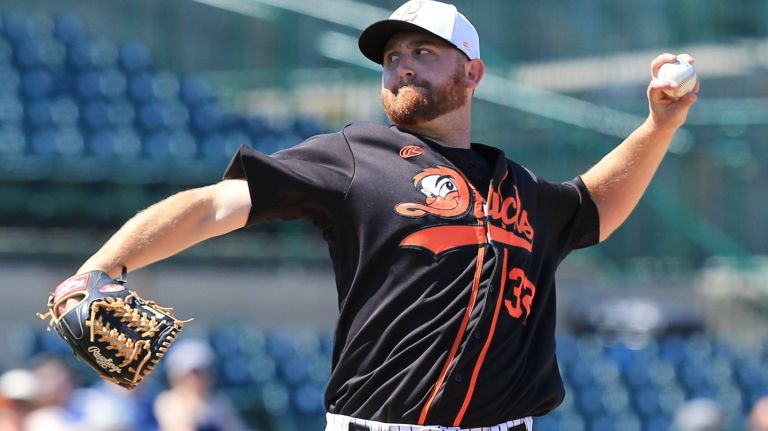 Despite finished last in the first-half season, it seems the Chinatrust Brothers finally got their acts together in the second-half season.

Now with a shot at the second-half season title, the Brothers have announced the signing of left-handed pitcher Bennett Parry as the fourth backup.

Bennett Parry, who started the All-Star Game for the Liberty Division , has left the Ducks to pitch in Taiwan with the ChinaTrust Brothers.

Parry, who lead the Atlantic League with 116 strikeouts have posted a record of 2.86 ERA and 1.24 WHIP over 85 innings for the Long Island Ducks.

According to the Brothers’ general manager, the 26-year-old southpaw is expected to arrive in Taiwan on August 6th. Depending on his condition and performance, the Brothers will decide whether to call Parry up to the first team before the August 31st trade deadline.