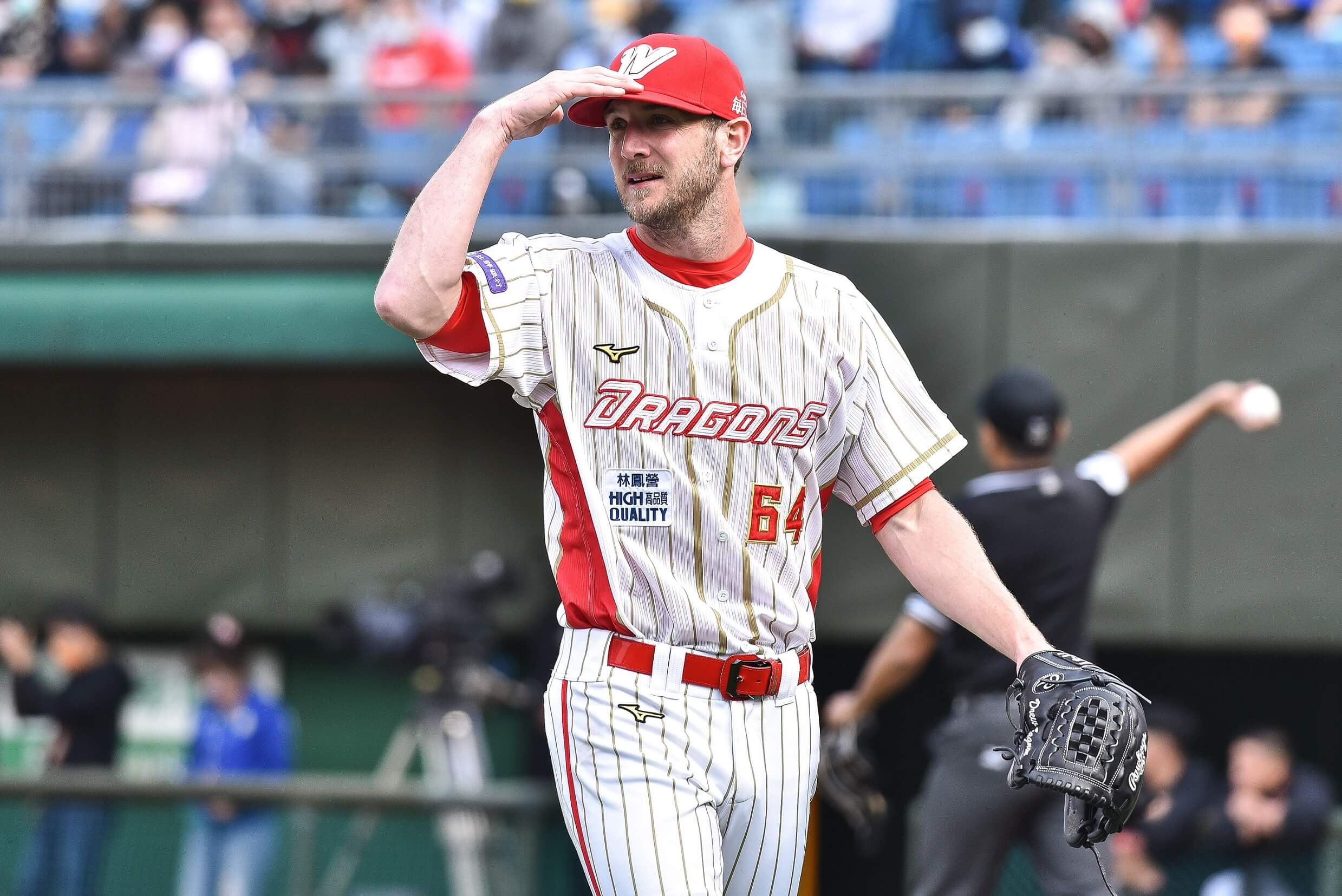 On October 13, the Wei Chuan Dragons announced that Drew Gagnon is going to leave Taiwan and return to the USA due to family reasons. According to the team, Drew Gagnon will continue to play for the Dragons until the end of the month.

“He told us he would wait until our new foreign pitcher Daniel Corcino reports to the team before leaving,” said the Dragons manager. “Drew Gagnon is likely to start another three games for us.”

Wei Chuan Dragons Drew Gagnon gave up 1 earned run and struck out 7 across 7 strong innings. Gagnon picked up his 1st career win in the #CPBL. pic.twitter.com/Ow9XKJzkfl

Drew Gagnon was sidelined from May until August due to elbow and hand discomfort. He returned to the first team roster at the end of August and compiled a 4.70 ERA and 1.41 WHIP over 44 innings.

With Drew Gagnon leaving the Dragons, the team is left with Tazawa Junichi, Rosell Herrera, Bryan Woodall and Daniel Corcino as their foreign players on the active roster.

WHAT A PLAY!! Wei Chuan Dragons Drew Gagnon makes an incredible no-look snag on a comebacker and then tosses the ENTIRE GLOVE to 1st base for the out. That's at least a 9/10 on the SR Scale 🔥. #CPBL pic.twitter.com/MLkWAFleWG