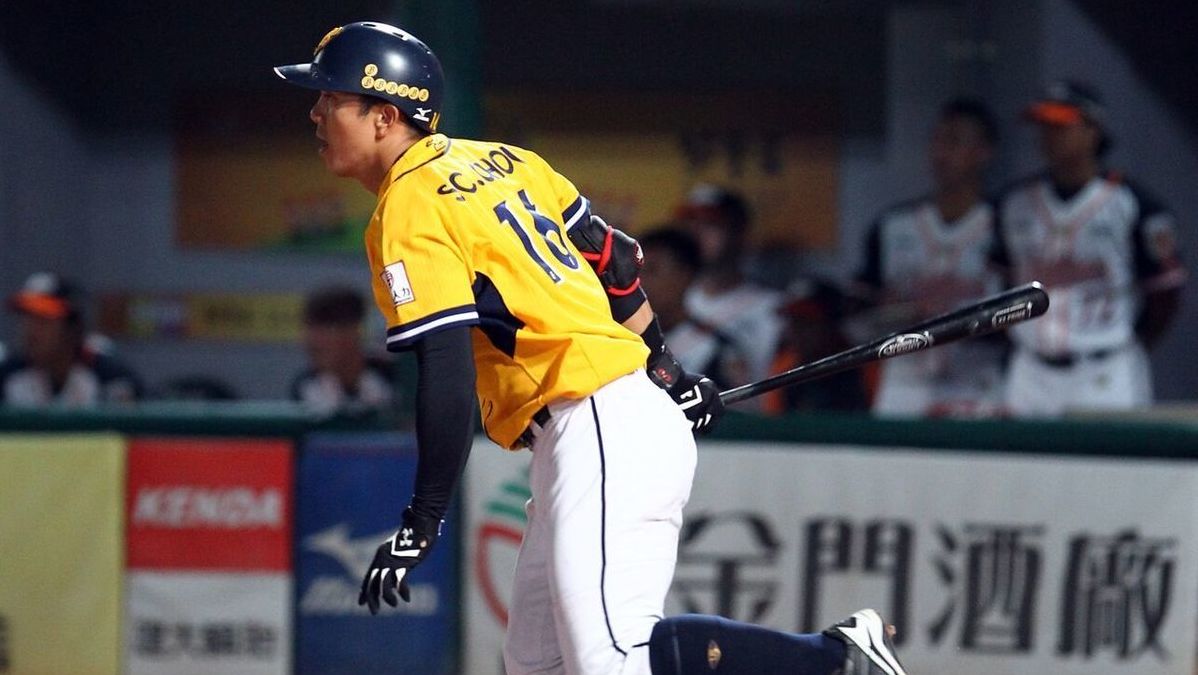 Despite going into the game 1 of the 2017 CPBL Playoff Series without several of their veterans.  The young Brothers team came out strong right out of the gate, with veteran 周思齊 (Chou Szu-Chi) going 4-for-5 with 2 runs and 2 RBI.  Chinatrust Brothers takes G1 of the best-of-five series 9 to 6.

“As the veteran, I want to lead by example and pass on Brothers’ NEVER GIVE UP attitude to our younger players.”  Said G1 MVP Chou Szu-Chi in the post game interview.

The crucial error that cost Uni-Lions the game

Top of the 2nd inning, bases loaded.  With just one more out to escape the jam, RF 劉芙豪 (Liu Fu-Hao) dropped a routine flyball down the line and the bases were cleared and 3 extra runs were scored.

“The wind was strong tonight, it’s a bit unlucky for us.  It’s a costly error.  For tomorrow’s game, we’ll alter the lineup, 朱元勤 (Chu Yuan-Chin) will start in the right field instead of Liu Fu-Hao.”  Said Uni-Lions skipper Huang after the game.

Woodall pitched a 6 strong innings, gave up 5 hits, 1 earned run, while walked 1 and strikeout 3 over 92 pitches.  Depends on how this series progress, maybe we will see Woodall pitching again in G4 instead of G5 of the Playoff Series?

Lions lineup awake in bottom 9th, but too late

Followed by RBI singles from 高國慶 (Kao Kuo-Ching) and 陳傑憲 (Chen Chieh-Hsien).  Lions now just 3 run behind with runners on 1st and 3rd.

After the turbulence, Brothers hard-throwing reliever 王鴻程 (Wang Hung-Cheng) settled down and struck out pinch hitter 羅國龍 (Lou Guo-Long) and was able to register the final out by taking away 潘武雄 (Pan Wu-Hsiung) potential hit with a crucial defensive shift.

Despite Wang gave up 2 hits, 1 earned run and a walk.  It’s worth noting the hard-throwing sidearm rookie was able to hit 154kph (95mph) on the gun.  With most of his fastball clocking above 150kph (93mph) mark.

For game 2 of the 2017 CPBL Playoff Series.  Chinatrust Brothers will send out Orlando Roman, while Uni-Lions will have veteran 潘威倫 (Pan Wei-Lun) on the mound.