The Chinatrust Brothers’ 張志豪 (Chang Chih-Hao) is no stranger at hitting a triple. After all, he is the CPBL record holder for the most triples (62). But what happened on the night of April 13, it might be a first in his professional career. With the help of the stadium lights, Chang turned a potential “Texas League Single” into a triple.

It was at the top of the fifth, and Chang Chih-Hao popped one up high in the air just slightly behind the second baseman. At first glance, it seemed like a routine flyout, but no, this is the CPBL we are talking about here. There is no such thing as a routine out.

The Uni-Lions’ second baseman lost the ball in the lights, and the ball landed in the no man’s land between four Uni-Lions’ fielders. By the time the right fielder picked up the ball, the speedy Chang Chih-Hao has already crossed second and was able to reach safely to the third base. 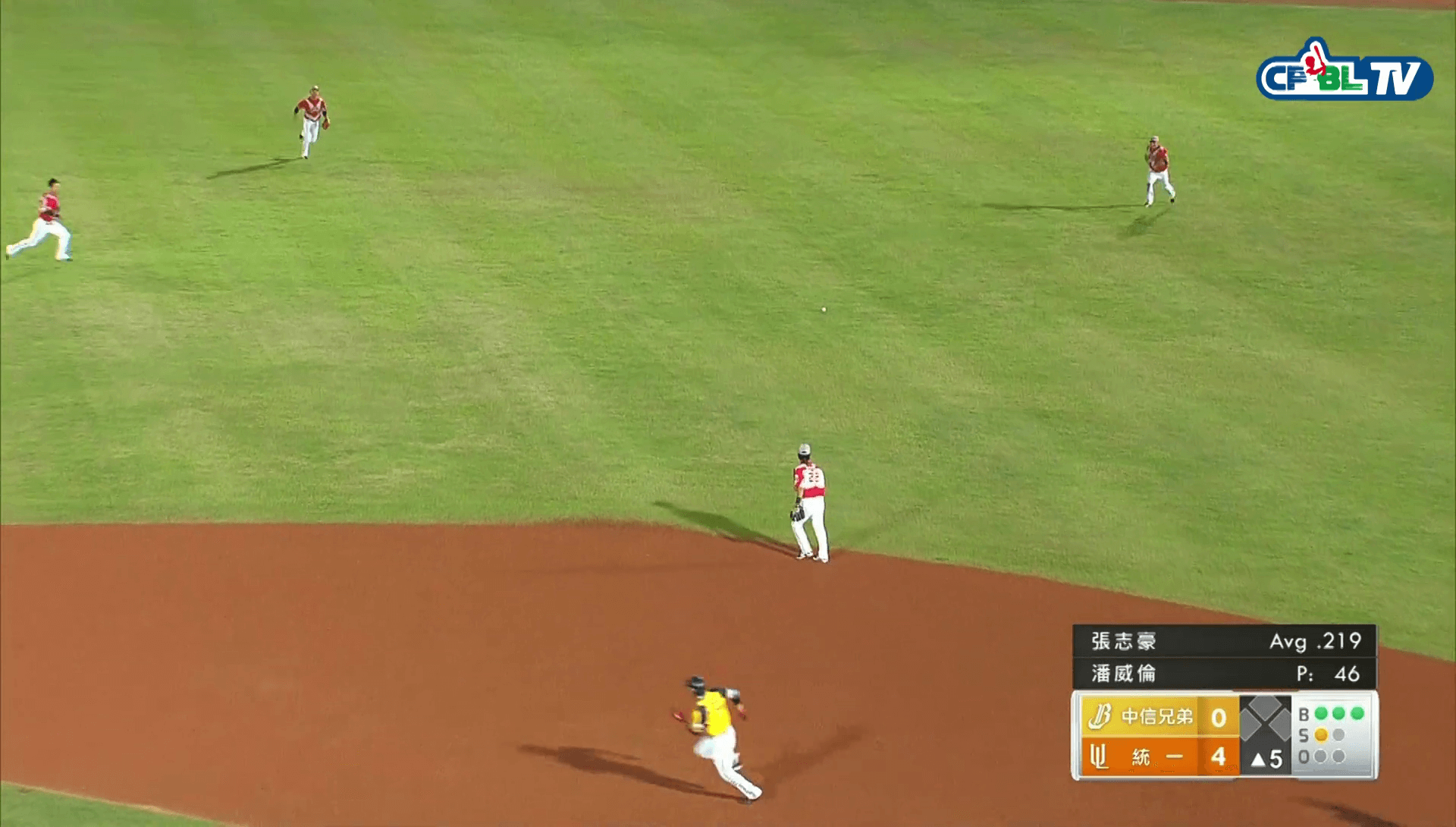 From the same game, Chang Chih-Hao also launched a solo shot in the top of the eighth. By doing so, he became the 19th CPBL player to reached the 100 career home runs milestone.