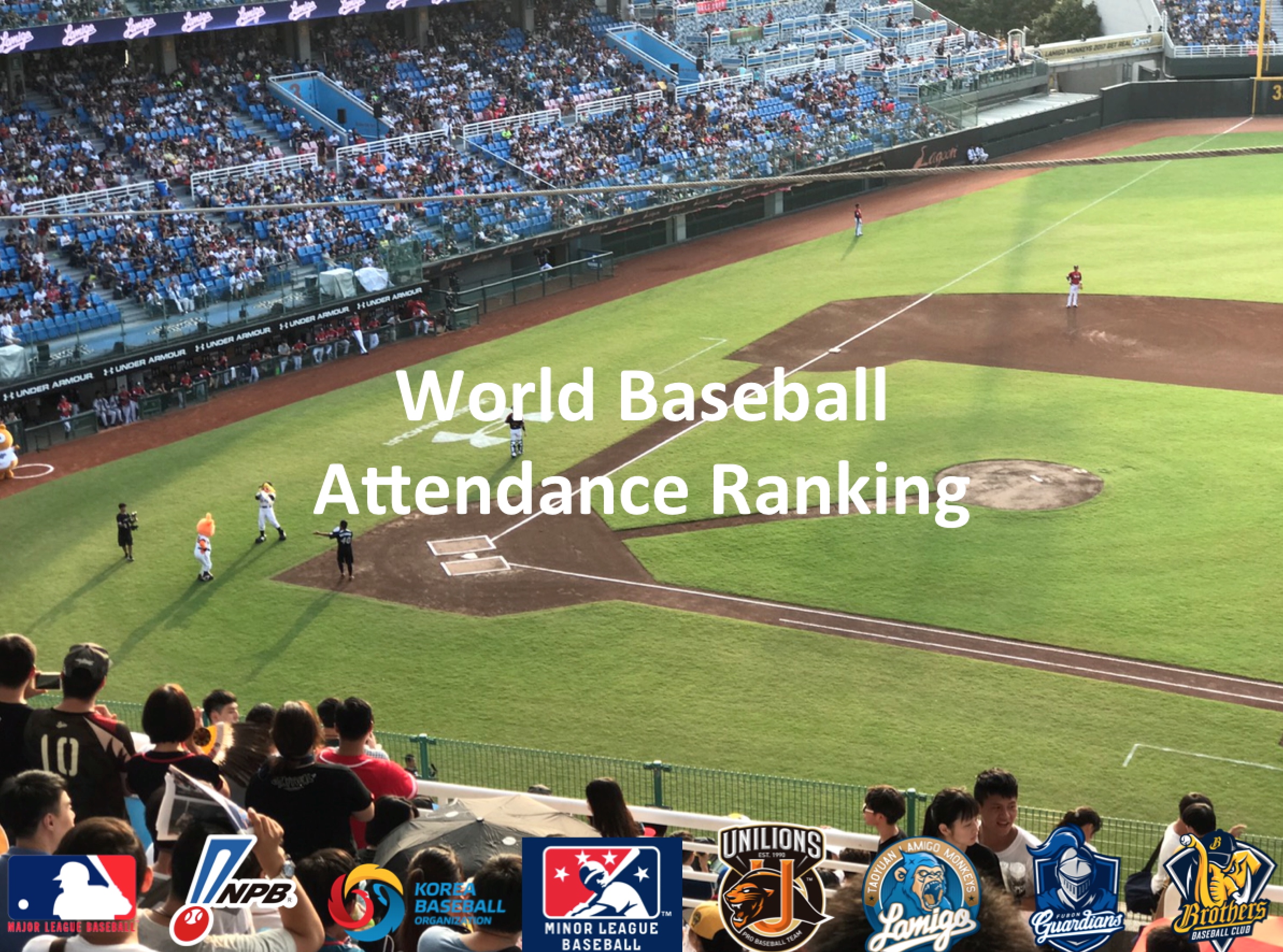 The 2017 baseball season is about to come to an end, as most leagues around the world are gearing up for the post season.  Here’s the average attendance stats and the individual team attendance ranking for CPBL, MLB, NPB, KBO and MiLB.  (Special thanks to AlexDelPiero for his support on NPB & KBO attendance stats.)

Quick attendance breakdown for each league.

In order to see how good each league stack up against each other, the top three teams from each league have been highlighted.

It’s obvious that the average attendance correlates with the league’s competition level.  MLB is the top league for worldwide baseball athletes, thus it leads in the league attendance and also individual team ranking.  Los Angeles Dodgers, topping the world attendance ranking with an average of 46,000 fans per game.

NPB being the icon of the Asian baseball ranked second in the world in average attendance.  The Hanshin Tigers and Yomiuri Giants are the oldest baseball rivalry in Japan, the games between them are often described as the “Classic face-off” by many Japanese baseball fans.  These two teams are so popular they ranked #3 and #4 in the world with 42,000 and 41,000 in average attendance.

KBO, CPBL, AAA, and AA are still growing leagues in the world.  However, Korean baseball league has been thriving in recent years as the league had expanded to 10 teams and reached over 8 million overall attendance in 2016.

Despite some CPBL teams saw an increase in average attendance this year.  But looking from an overall perspective, the league still faced a year to date 5.4% drop in attendance, most notably is Chinatrust Brothers with -22%.