The Fubon Guardians’ rookie 王正棠 (Wang Cheng-Tang) has accomplished something extraordinary since signing with the Guardians on July 2018. The Guardians 2018 second-round draft pick has broken the CPBL rookie hit streak record (11-game) and extended to 18-game.

The record means since Wang’s CPBL debut on August 22, 2018, he managed to get at least one base hit for 18 consecutive games.

The rookie hit streak record is perhaps the record with the highest difficulty, as players will only get one chance in their entire career to attempt it. Unlike other records, there is no second chance. 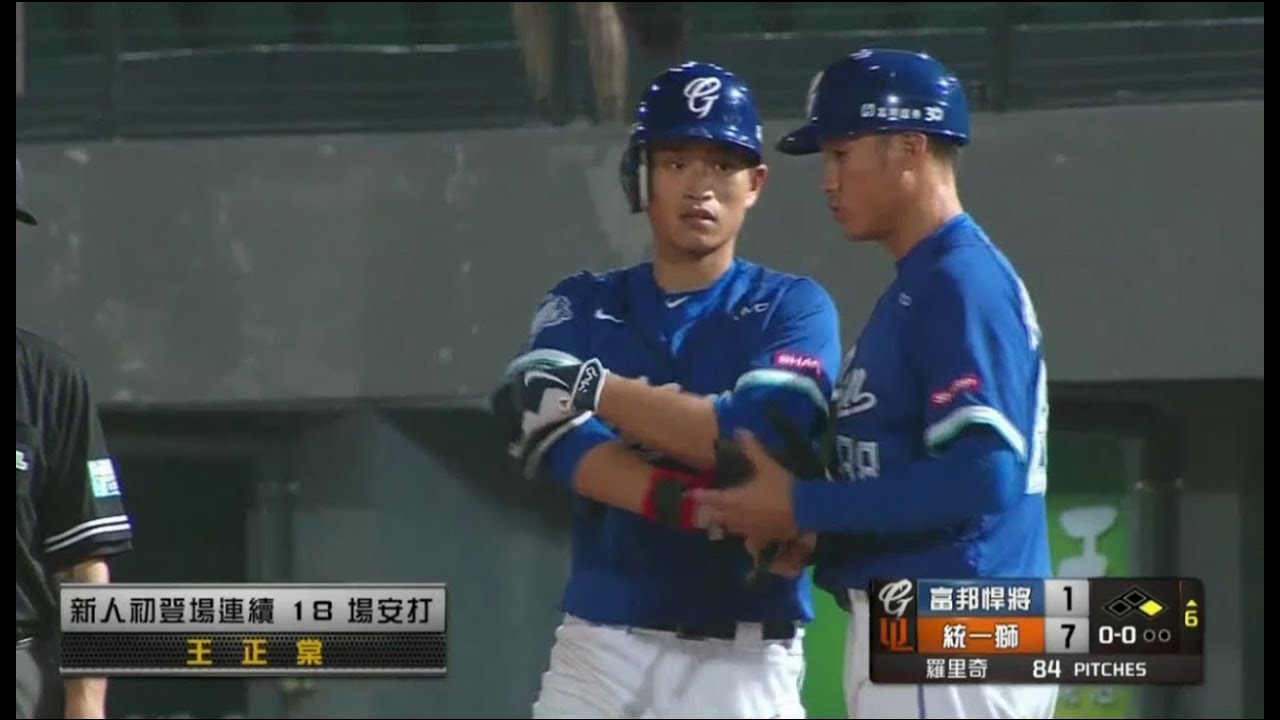 His hot streak had finally come to an end last night against the Uni-Lions, where he went 0-for-4 with one walk. Wang had a final chance to extend the hit-streak in the ninth inning, but he fly-out to the centrefield.

“I felt relieved, I am satisfied that I broke the CPBL rookie hit streak record,” said 王正棠 (Wang Cheng-Tang) after the game. “At my last at-bat in the ninth inning, I didn’t think about getting a hit. I wanted to get on base and help out the team.” 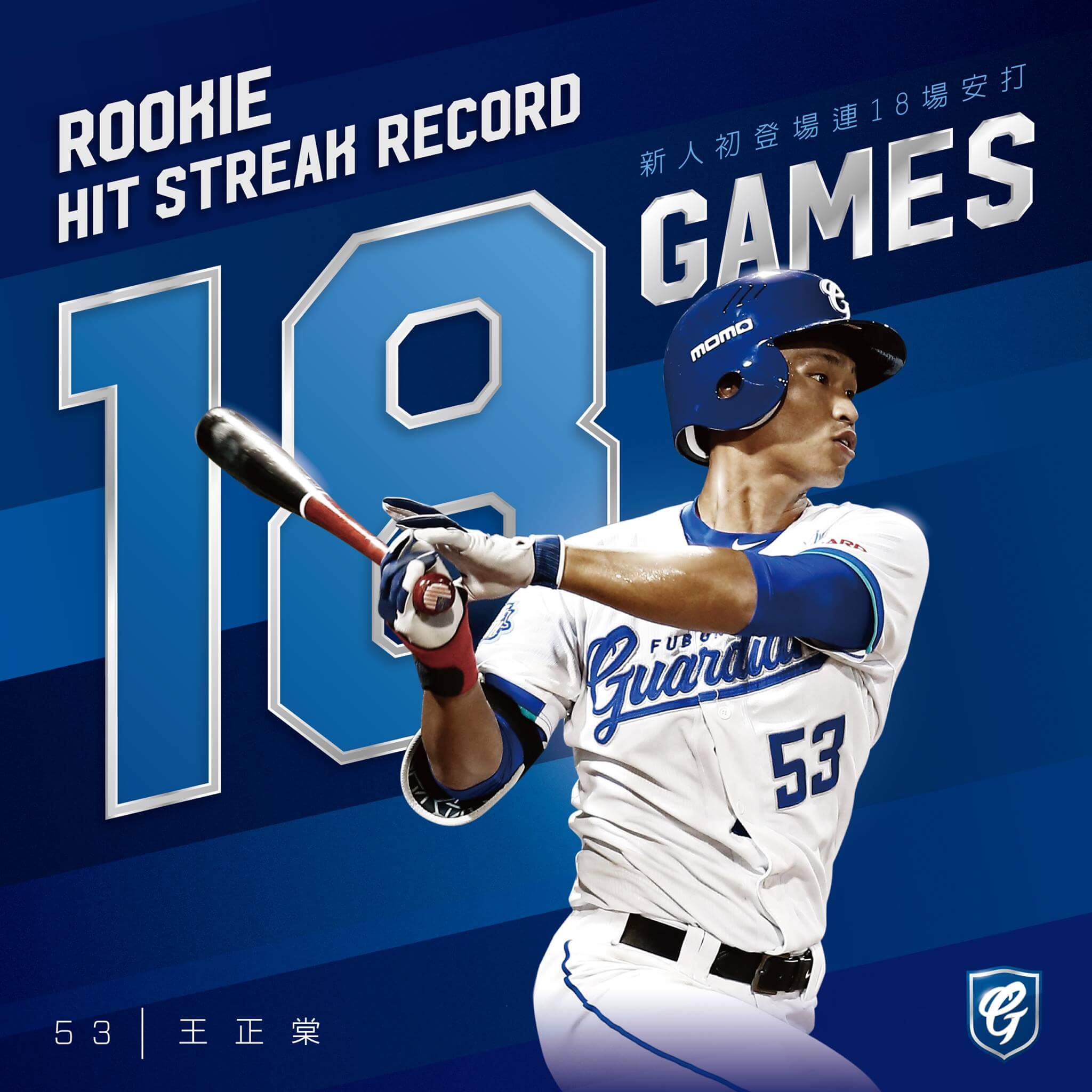