The Uni-Lions could potentially lose one of their hottest hitters 鄧志偉 (Teng Chih-Wei) to a horrific season-ending knee injury while sliding into the second base.

On September 22, Teng, despite being known as someone that rarely steal bases, after getting on base in the first inning with an RBI single, Teng took off for the second base.

Maybe it was the infield dirt being too soft. Maybe it was the way Teng slid into the bag, Teng badly twisted his right knee as he crashed into second base and had to be carried off the field on a stretcher.

Last night was Teng’s first base stealing attempt since 2015. In seven CPBL seasons, Teng only managed to stole ten bases and was caught five times. 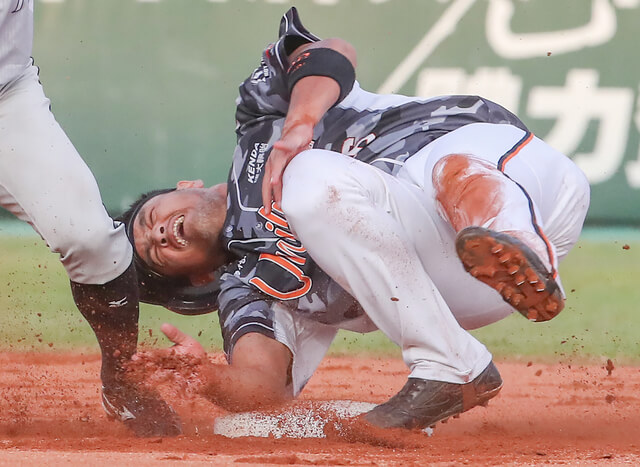 After the nasty base-running accident, the Uni-Lions rushed Teng to the hospital for further examinations. The early diagnosis was there’s no damage to the bone, but there he might have hurt his ligament and knee cartilage.

According to the Uni-Lions’ manager, Teng’s knee is still quite swollen after the initial treatment. They will have to wait another two days for swelling to go down before doing another MRI on his knee.