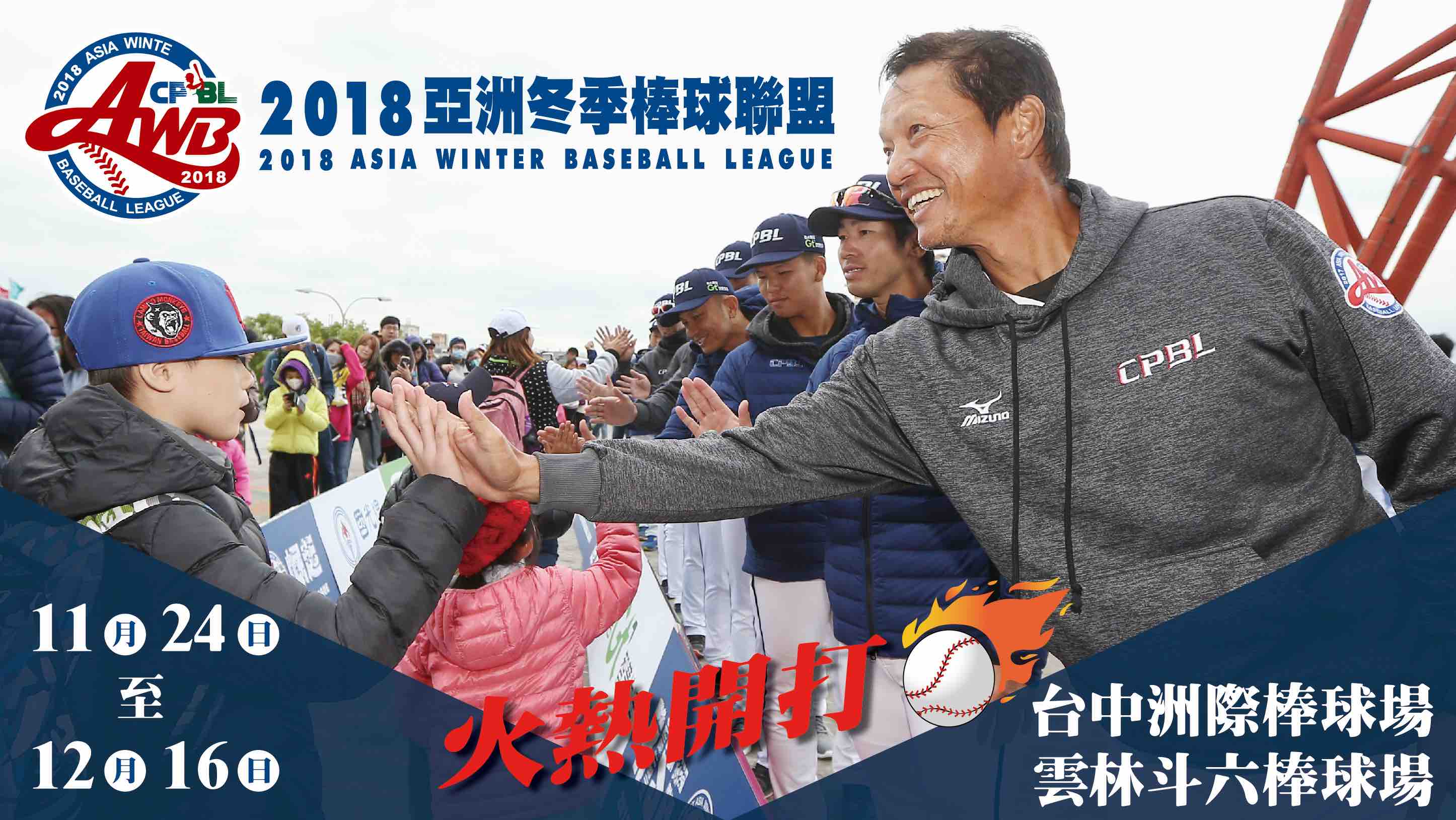 The CPBL has announced the five teams that will participate in the 2018 Asia Winter Baseball League. Returning for the sixth season, the CPBL winter league will feature teams from Taiwan (1), Japan (3) and Korea (1).

From November 24 to December 16, prospects from the CPBL, NPB and the KBO will gather in Taiwan to further develop themselves during the off-season. Each team will play 16 games during the three weeks period.

According to the Team CPBL manager, the formation of the CPBL squad is same as last season. The management team will select the young players that they think have the opportunity to make it to the first team in the future.

The EU All-Star and the WBSC All-Star will not return for the 2018 season, the league, however, did not disclosed the reasoning behind it.