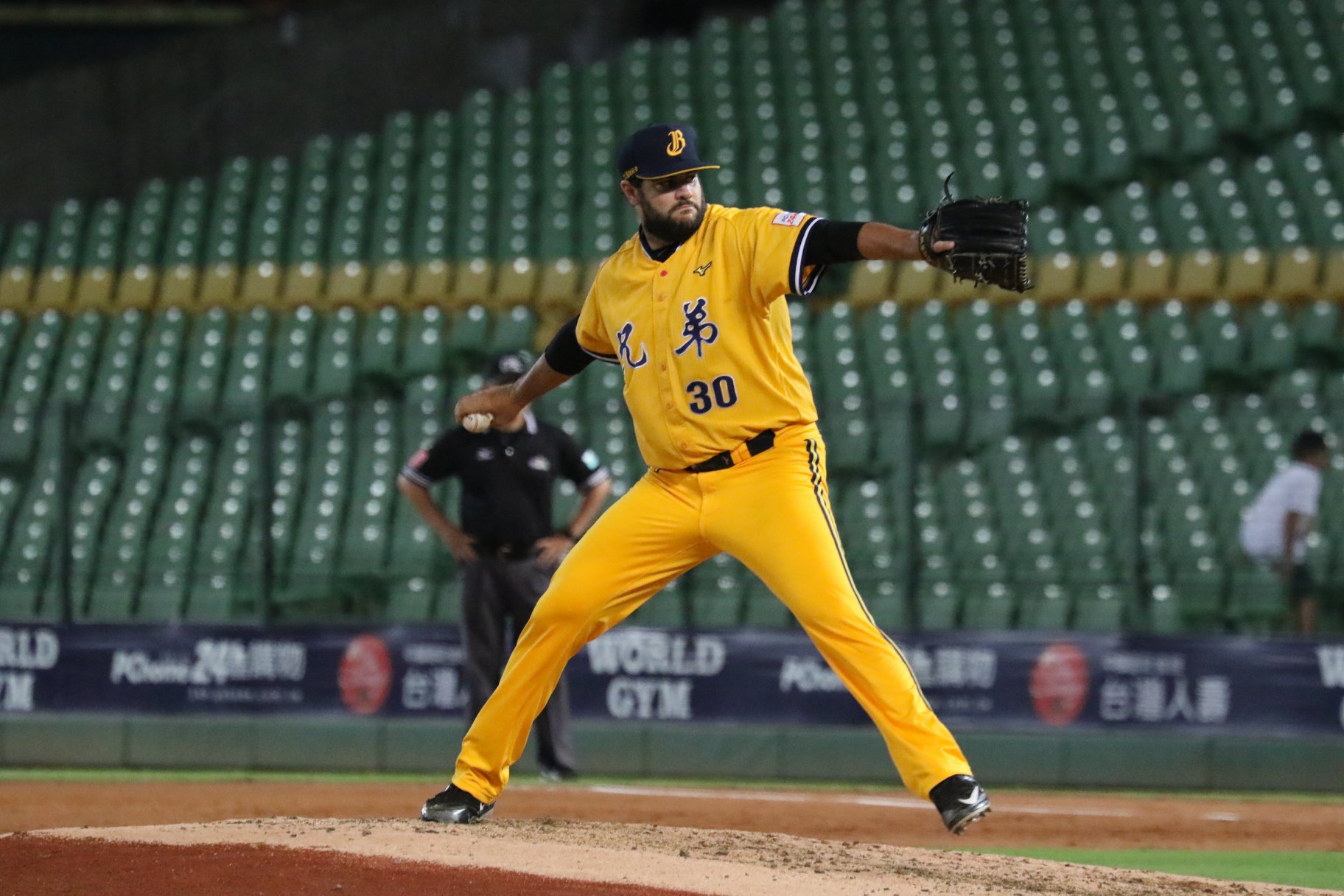 How do you stop the hottest team in the CPBL that is currently on a 10-game win streak? Well, for the Chinatrust Brothers’ Elih Villanueva, throwing a 10 strikeouts no-hitter is one way to go about it.

The Brothers’ RHP threw a total of 114 pitches and went full nine innings with no hits and only issued two walks to becomes the ninth pitcher to throw a no-hitter in the CPBL.

“We were going over a lot of scouting reports and made some good adjustment, basically took the momentum from every outing and stuck with the plan,” said Elih Villanueva in the post-game interview. “It’s one of those surreal, overwhelming experience and I had a lot of fun tonight.”

#CTBros' Elih Villanueva pitched a no-hitter against the Monkeys tonight. This is the #CPBL's 2nd no-hitter in 2018 and the 9th no-no in 29 years of the CPBL history. 👍 pic.twitter.com/4JY6XR0zbe

Villanueva’s opponent, Zeke Spruill who has not lost a game in the 2018 season also had a quality start. The Monkeys’ RHP tossed six innings only allowed three hits and one earned run. Despite the fact, Spruill struck out five Brothers hitters, what end up hurting him was the five walks he issued (three of them to the Brothers’ “God of Walks” Chou Szu-Chi).

Prior tonight’s game, Villanueva has a record of 5.20 ERA and 1.78 WHIP. With this no-hitter, he has lower his 2018 CPBL season record to a 4.36 ERA, and 1.51 WHIP over nine starts. This was his fourth quality start since his CPBL debut back on July 27. Furthermore, Villanueva only gave up two earned runs in his last three starts.

Beside of Villanueva’s outstanding changeup, the splendid Brothers’ defence was also another major contributor to the no-hitter.

Villanueva was at risk of losing his no-no in the top of the seventh when Monkeys’ Yang Yao-Hsun connects for a line drive down the middle. However, the ball was snagged by the Brothers’ veteran shortstop 王勝偉 (Wang Seng-Wei) with a fully extended diving catch.

#CTBros' 王勝偉 (Wang Seng-Wei) launches himself after a hard-hit liner up the middle and makes an outstanding diving catch to keep the no-hitter going. #CPBL pic.twitter.com/ryOFEktHjh