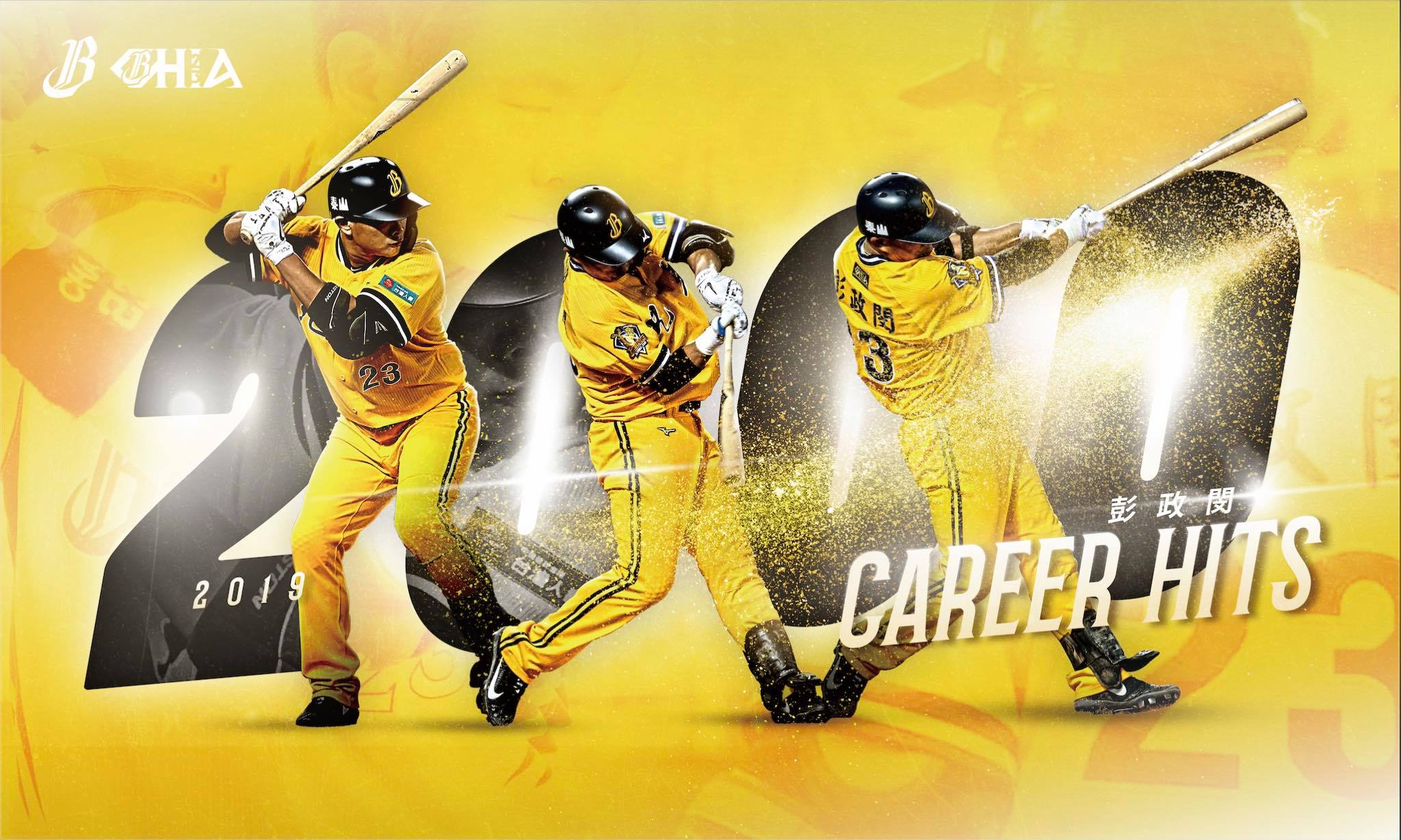 On July 7, the Chinatrust Brothers’ 40-year-old veteran 彭政閔 (Peng Cheng-Min) collected his 2000th career hit in the CPBL. With that 2000th hit in the bag, Peng became the second player to achieve that milestone.

It was top of the second, the count was 0-1, facing a 147kph fastball, Peng laced a sharp liner to centre field for a single. The game was briefly suspended for a quick on-field ceremony featuring Peng Cheng-Min and his father.

“The biggest challenge for reaching 2000-hit is to play long enough,” said Peng Cheng-Min. “I want to thank my family for their on-going support.”

At the age of 40 years old and 355 days, Peng is set to retire after the 2019 season. Now the biggest questions, will he get to career 200th home run before hanging up the cleats?

Peng Cheng-Min told the media that he thinks Fubon Guardians’ Lin Yi-Chuan will be the next player to reach 2000th career hit.

“We came from the 90 games and100 games per season era,” said Peng Cheng-Min. “Team these days now play 120 games per season, should Lin Yi-Chuan stays healthy, there is no doubt he will be able to achieve that in about four years.”

Below is the list of active players that are close to 2000 career hit.