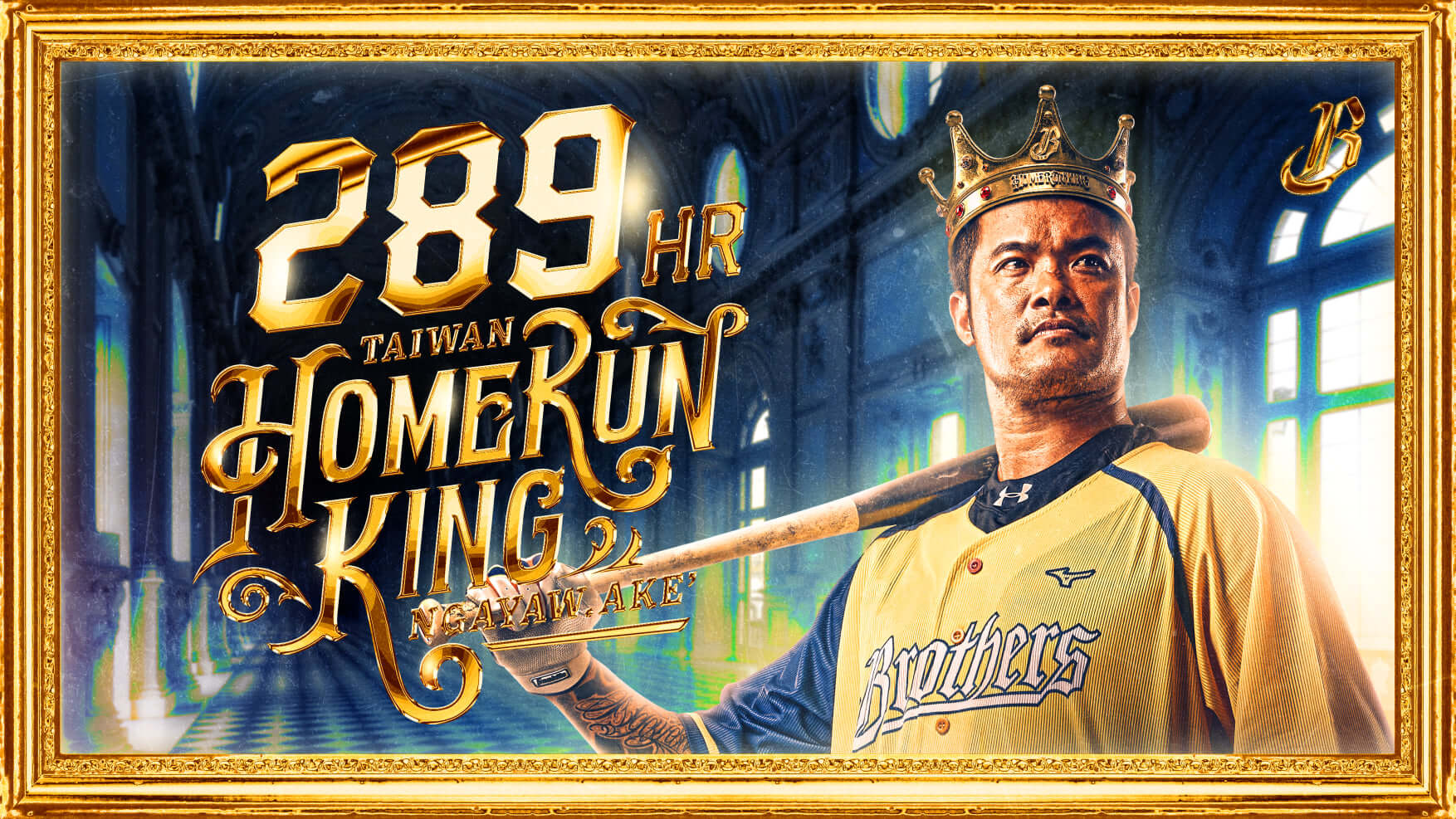 On November 21, the CTBC Brothers veteran slugger Lin Chih-Sheng have tied the all-time CPBL home run record with his 289th career home run. And talk about writing one of the most important chapters of the CPBL’s history in a dramatic fashion!

It was the final game of the 2021 season, bottom of the seventh, bases loaded, and the Brothers were down 0-3. Lin Chih-Sheng zeroed in on a pitch in the middle of the plate and sent it opposite field for a go-ahead grand slam.

Judging by his vicious bat flip, Lin Chih-Sheng knew it was a no-doubter the moment he made contact with the ball. As Lin trotted around the bases, thousands of fans were chanting his name in unison to congratulate him on his new earned title as the CPBL Home Run King.

Lin will share the CPBL Home Run King title with Chang Tai-Shan, who was active in the league from 1996 to 2015. Lin Chih-Sheng, who will turn 40 next January will have a shot to extend the all-time home run record further and eyeing the big 300th career home run milestone.