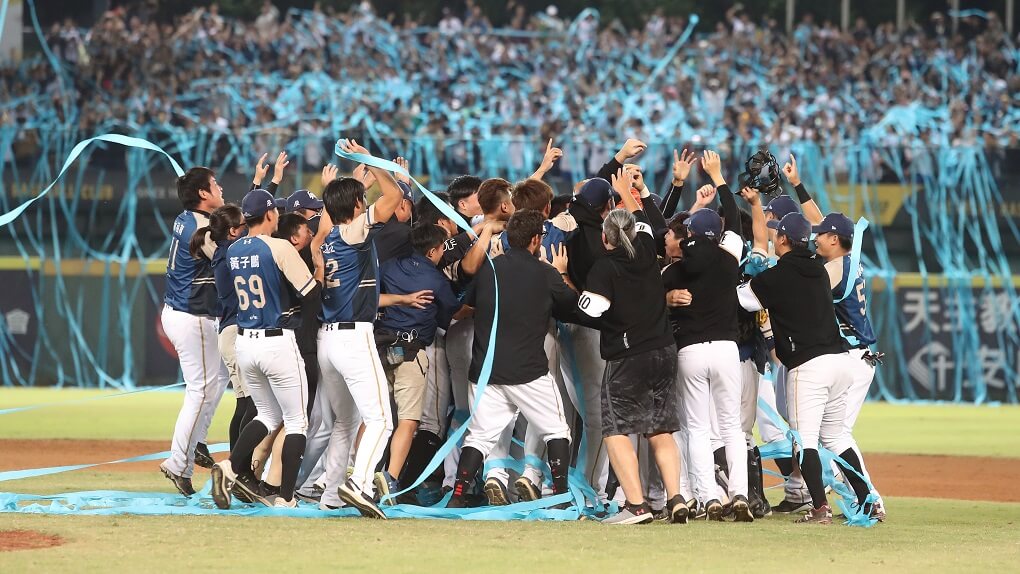 For a team that will change ownership next season, it was a perfect ending to wrapped their final season. On October 17, the Lamigo Monkeys defeated the Chinatrust Brothers in game five of the 2019 Taiwan Series and captured the Taiwan Series for a third consecutive season.

“Destroyed” would be a better word to use to describe game five, as the Monkeys scored 20 runs in their 20-3 win over the Brothers. The Monkeys’ lineup flexed their muscles at the plate with five home runs and put a total of 21 hits.

The Brothers’ never had a chance to launch a counter-attack. Their starting pitcher Elih Villanueva gave up eight earned runs in just 0.2 innings of work. The Brothers went to their bullpen in the first inning with the hope to stop the bleeding. Unfortunately, the Monkeys’ continued to tear the Brothers’ pitching apart.

[2019 Taiwan Series G5] #Lamigo Monkeys flexed their muscles at plate and launched 5 home runs in their 20-3 win over the Brothers. #CPBL pic.twitter.com/fkAUNDTrUT

With plenty of run supports, the Monkeys’ starting pitcher Michael Nix tossed six innings and gave up one earned runs on six hits while issued five strikeouts. Potential game six starting pitcher Radhames Liz came in the bottom of the ninth as the closer. Although Liz gave up two runs on three hits, he managed to secure the final three outs.

Notes and Highlights of Game 5