With the solid performance by Bruce Kern and a timely hit from the rookie 廖健富 (Liao Chien-Fu), the Lamigo Monkeys have successfully clinched the 2018 CPBL first-half season championship by defeating the Chinatrust Brother 3 to 1.

With the franchise’s 11th half-season championship in the bag, the Monkeys have also secured a spot in the 2018 Taiwan Series.

“Despite hitting a few hurdles towards the end of the first-half season, but the whole team came together in the last few games and we have successfully captured the half-season championship,” said the Monkeys’ manager 洪一中 (Hong I-Chung).

#CPBL fan service, instead of having champagne shower on the field or inside the locker room, #Lamigo Monkeys players walked into the stands and celebrate with their fans. pic.twitter.com/ayHCZtWMVB

Recap and Heroes of the Game

Despite the three hours rain delay, the both teams and the league were determined to play the game. After six hours, the 14,889 Monkeys fans can finally threw the streamers into the stadium to celebrate winning the 2018 first-half title.

It was one of those rare CPBL pitching duel match-up, with both teams carried a zero-to-zero tie to the bottom of the 8th, when the Monkeys’ super rookie 廖健富 (Liao Chien-Fu) puts the Monkeys ahead with a 2-RBI triple.

Returning for his third season in Taiwan, the Monkeys’ starting pitcher Bruce Kern pitched one of his best game in his CPBL career. The flame-throwing righty went 8 innings, only allowed 1 earned run and 2 hits while striking out 7. It is also worth noting, Kern carried a no-hitter into the 6th inning.

“Everyone’s so excited for the game, and I just want to give them my best performance,” said the MVP of the game Bruce Kern III in the post-game interview.

CPBL Half-Season Championship: By the Number

Apart from the 1998 and 1999 seasons where the CPBL went with the single season format. In over 29 years of the CPBL, the league have produced over 55 half-season champions. 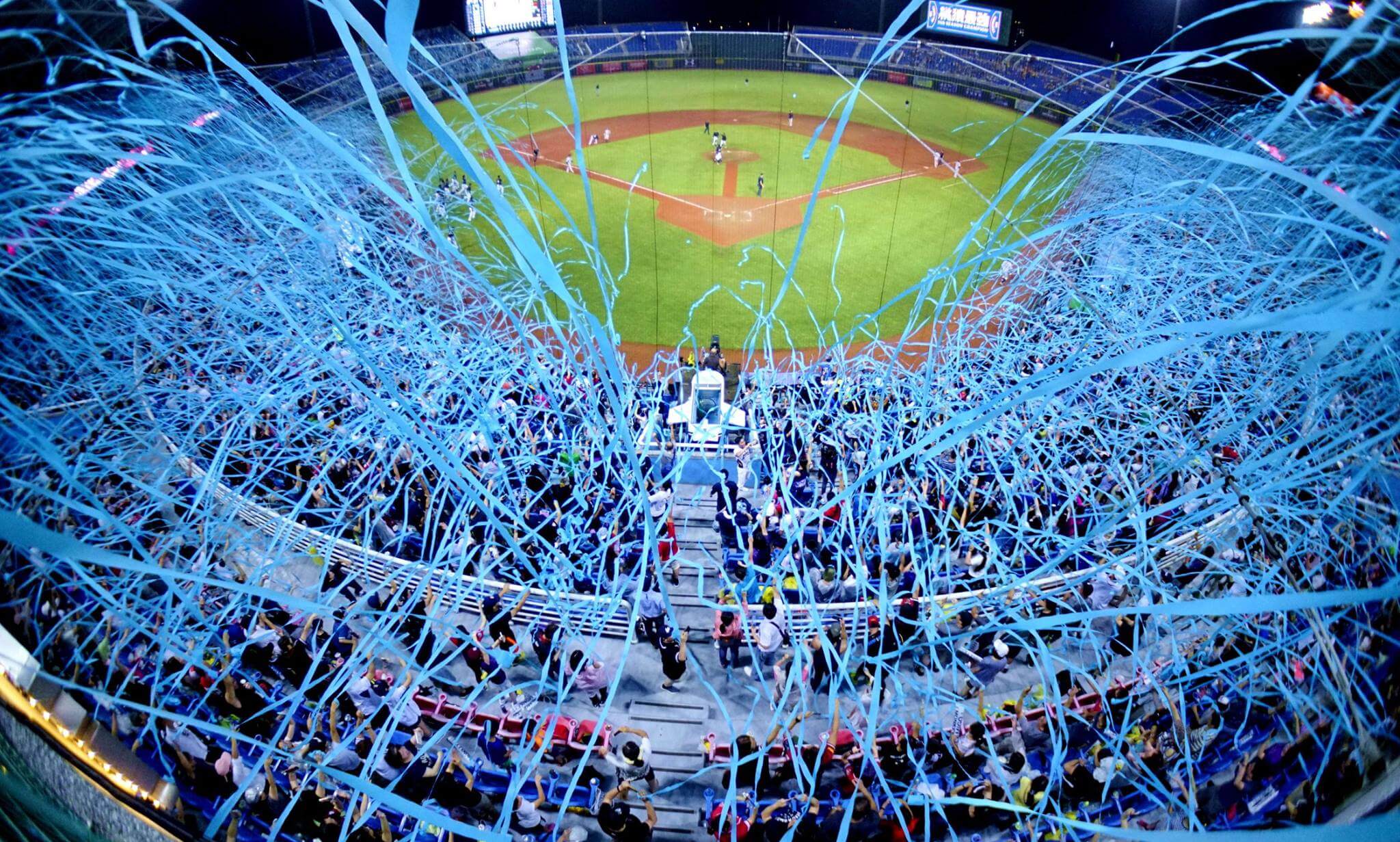 *Notes for the teams that are in bold above.