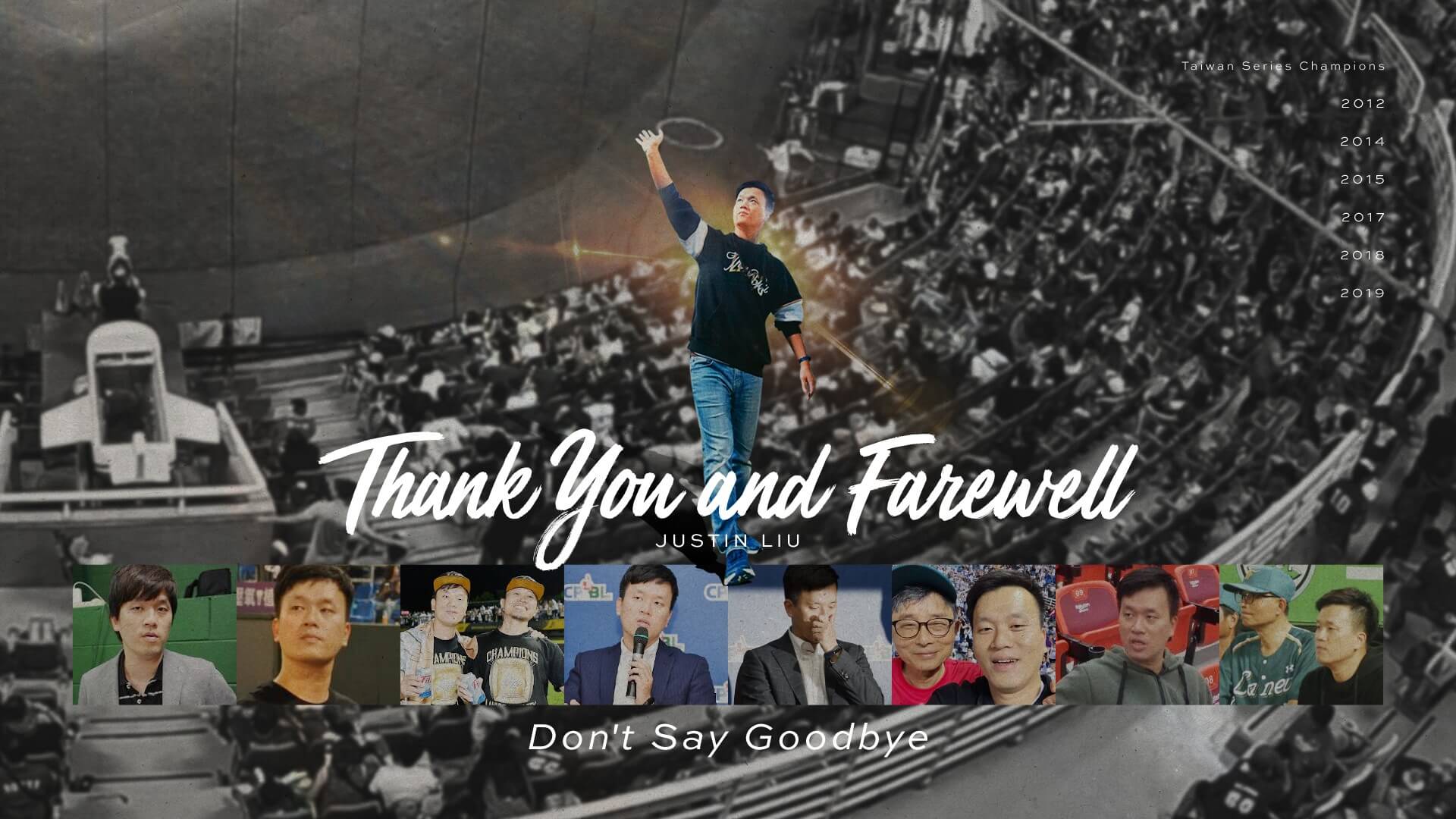 On January 4, Justin Liu has stepped down as the Rakuten Monkeys’ general manager. According to ETtoday, the Monkeys are set to announce the GM on January 10.

“Farewell, my dearest Monkeys,” said Justin Liu via the team’s Facebook page. “I sincerely thank all the fans for supporting the team over the years.”

In 2019, the Liu family sold their baseball team (Lamigo Monkeys) to Japan’s Rakuten Inc. To ensure a smooth transition, Rakuten decided to retain the former owner / general manager Justin Liu as the Monkeys GM for the 2020 season.

“I have completed my tasks,” said Justin Liu. “Although I feel sad, but I do not regret it. It is now the time for me to hand over the team and pass on the torch.”

The 41-year-old Liu has been in charge of the Monkeys organisation since 2012 and has single-handedly changed Taiwan’s baseball industry.

Without exaggerating, one could say, Justin Liu was the best general manager in the CPBL’s history. Professional baseball in Taiwan owes a lot to Justin as he paved ways and set new trends for all other teams in terms of baseball operation and marketing.

“He was always ahead of everyone else when it comes to running a baseball team,” said the Guardians’ manager. “Without a doubt, he created a new wave of marketing strategy in the CPBL.” 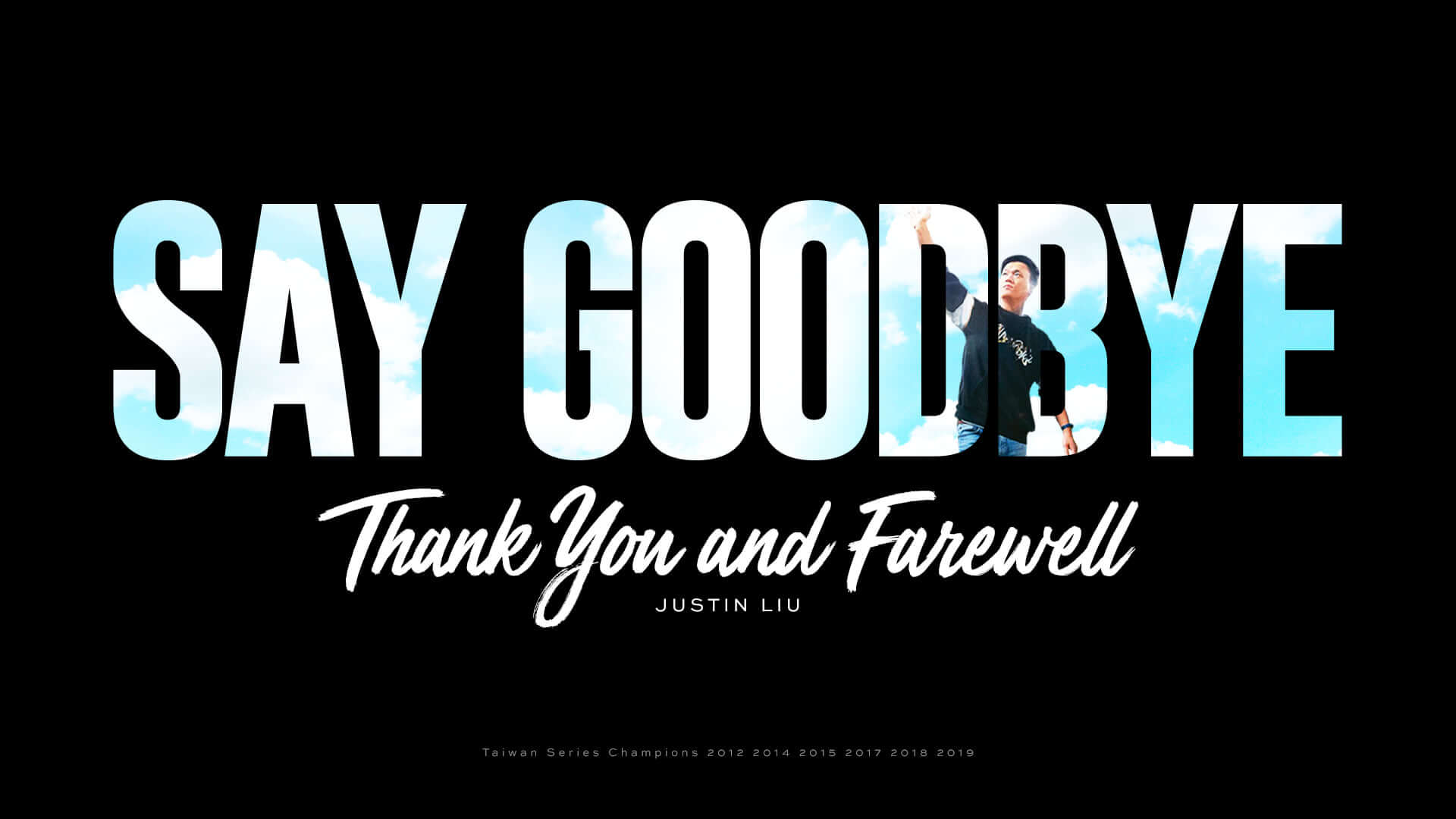 How Justin Liu Changed the CPBL

In the 2020 season, amid the coronavirus pandemic, Justin Liu started a new global trend by introducing the cardboard cutouts of fans in the stands and immediately caught the international media’s attention. A few months down the line, cardboard cutouts fans can be seen in the KBO, NPB, MLB and other sports leagues.

As for what Justin Liu did to revolutionised the CPBL back in the day? Under his management, the Monkeys became the first CPBL team to set their root in their adopted city. Instead of touring the country, they allocated all their home games at Taoyuan Stadium.

He also introduced the idea of the “true home games”. Instead of splitting the stadium in half to cater for both home and away fans, he moved the away fans to the outfield and made the infield just for the Monkeys fans.

Another CPBL first was the usage of electronic dance music. No more trumpets and drums! At the Monkeys home games, they would blast each players’ theme songs on the stadium speakers and have 20+ cheerleaders dancing and leading the chants.

Beyond Wins and Losses Philosophy

Perhaps the most important things Justin Liu did was targeting the family market by hosting weekend theme nights. He tapped into a brand new market and attracted those that were not your typical baseball fan and brought them into the stadium.

Going to the CPBL games are no-longer just going there to watch baseball. You will sing, you will dance, you will have a good time. And at the end of the night, the final score does not matter, because you had fun going to the game.

“To go beyond wins and losses”, that was how Justin Liu described his vision for fans attending the Monkeys’ home games.

During his nine seasons as the Monkeys’ general manager, the team won six Taiwan Series championships. With his progressive and family-oriented marketing strategy, he turned the Monkeys’ average attendance from 2357 to 7596 per game.

All of Justin Liu’s new marketing ideas were met with plenty of resistance by other CPBL teams back in the day. However, as time went on, they all saw how successful the Monkeys were, and eventually, they all started following the Monkeys’ footsteps.