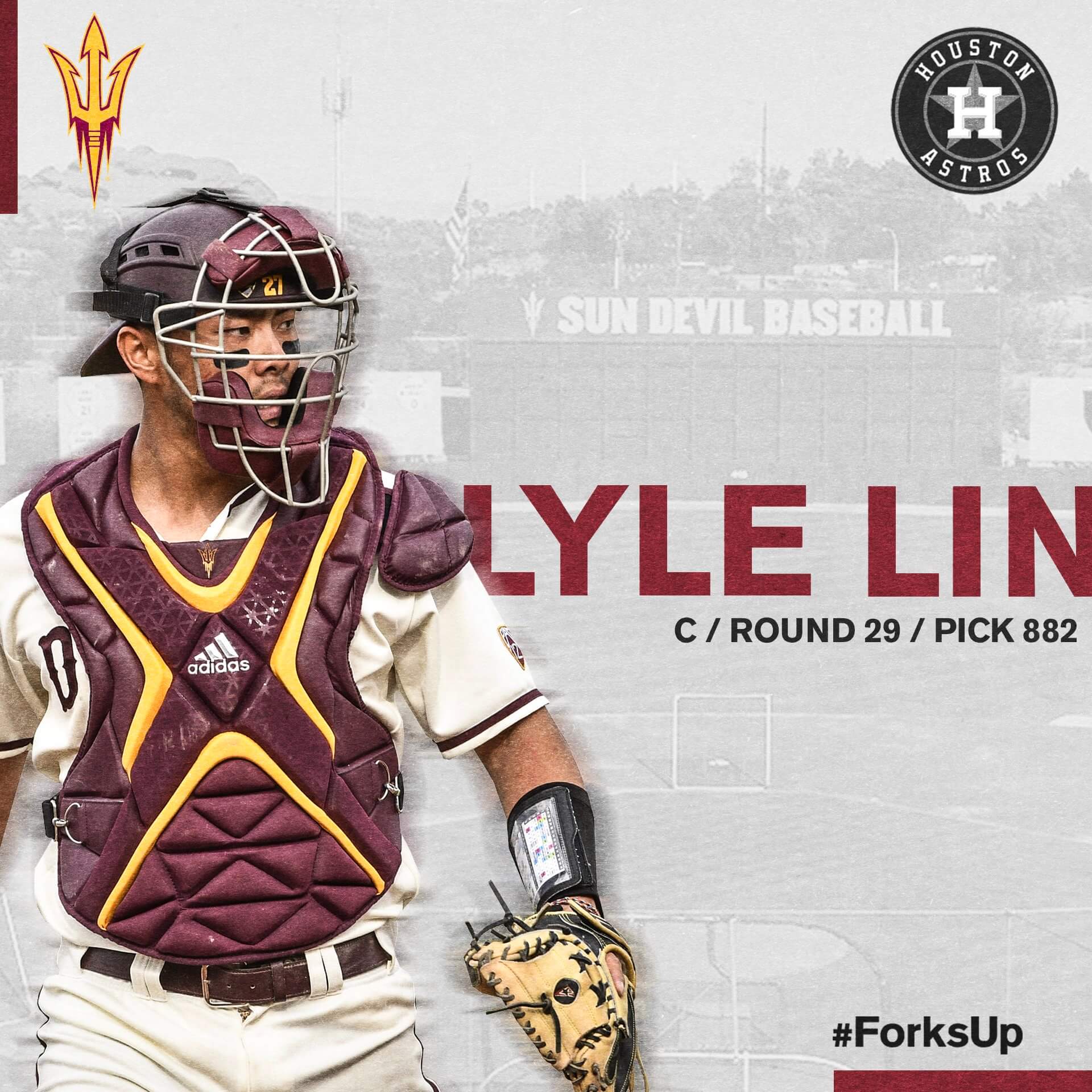 The Houston Astros have drafted the Arizona State University’s Taiwanese catcher 林家正 (Lyle Lin) in the 29th round in the 2018 MLB Draft.

This is not the first time Lin entered the MLB Draft, two years ago, he was drafted by the Seattle Mariners in the 16th round right after high school.

It is still unknown at this stage whether Lin will turn professional or go back to the university.

“Several teams have contacted me in the second day of the draft, but I turned down those opportunities because the signing bonus did not meet my expectation,” said Lyle Lin in his interview with TSNA.

The World Champions' pick is in! @lin_lyle selected by the @astros! pic.twitter.com/JvbB3FalKs

Lyle Lin: A Different Path to the USA

In the past 20 or so years, it is quite common to see young Taiwanese playing baseball in the United States as international free agents.

However, it is rare to see Taiwanese players like Lyle Lin going through the USA education system and enter the MLB Draft.

The 20-year-old ASU sophomore is originally from Taiwan. He left Gubao High School after one semester in their baseball program. Lyle Lin then spent the next two and a half years playing for the JSerra Catholic High School in the United States.

Despite being drafted by the Mariners in the 16th round in 2016, Lin has decided to continue with his tertiary education by going to the Arizona States University.