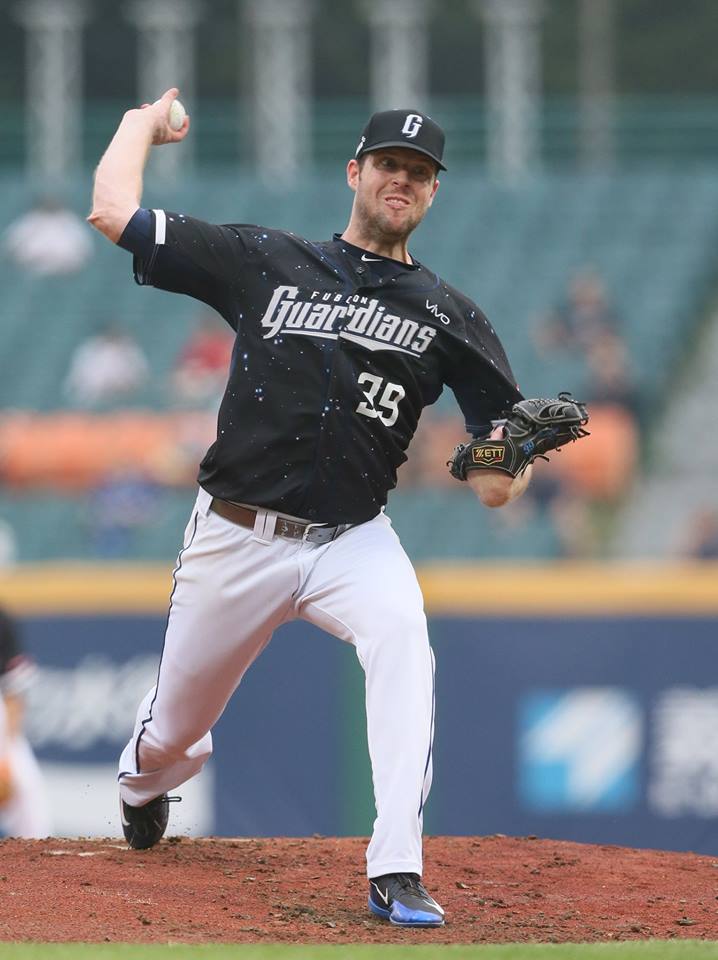 It seems the Fubon Guardians will begin their 2019 season without one of their foreign pitchers. According to the Guardians’ manager, Mike Loree has been sidelined for abdominal strain and is likely to miss the opening day roster.

“With Mike Loree’s injury, we had to stop his bullpen session,” said manager Chen Lien-Hung. “It is a long season, and we simply do not want to risk it.”

The Guardians’ manager then told the media the opening day starting pitcher is likely to be either Bryan Woodall or Henry Sosa.

The 34-year-old Mike Loree has a career stats of 3.26 ERA and 1.21 WHIP across 970.2 innings. He is returning to Taiwan for his seventh CPBL season, which makes him the current longest serving foreign players on the active CPBL roster.

It is worth mentioning, Loree had the same abdominal injury back in 2017 spring training and missed the first month of the 2017 season. Despite missing out the first month, Loree ended up posting a 2.18 ERA, 1.01 WHIP over 160.2 innings and won the 2017 Pitching Triple Crown.