The Chinatrust Brothers’ prospect 黃恩賜 (Huang En-Sih) has made his 2019 spring training debut after his Tommy John surgery. On March 3, the 22-year-old right-hander pitched one inning, gave up four hits and two earned runs.

Huang started the inning with pure efficiency. In just five pitches, he struck out the first hitter and registered the second out with a grounder to third. However, he then gave up four consecutive singles to the Monkeys’ hitters and was charged with two earned runs.

Primarily only using his fastball and forkball, Huang threw a total of 17 pitches that game. Velocity-wise, it sat around 140kph and topped out at 145kph. 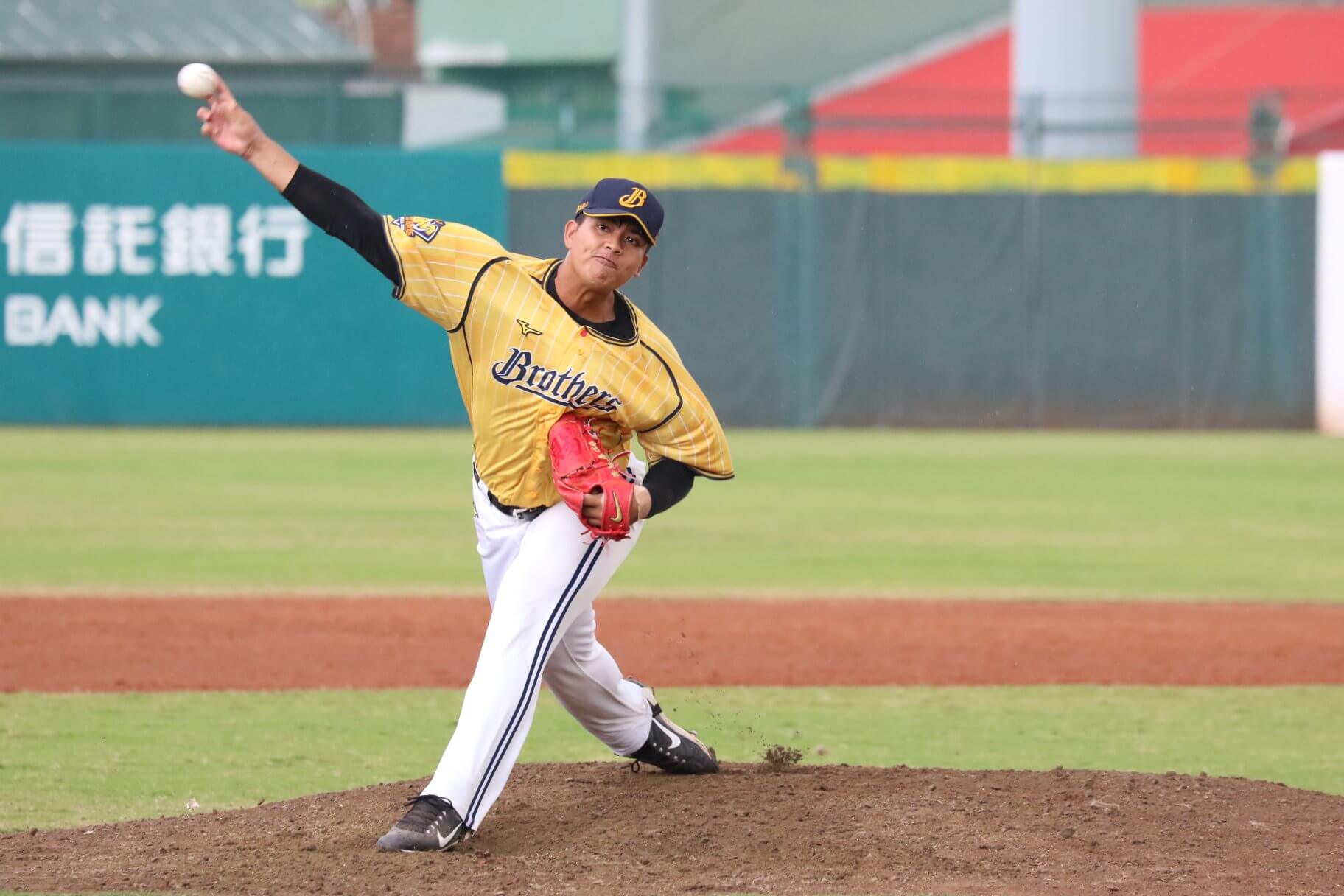 However, Huang failed the physical examination, and his signing package was cut down to $127,000 USD with a salary of $28,000. Shortly after signing with the Brothers in late August 2017, Huang underwent Tommy John surgery and started his rehab process in the minor league.

“The hardest part was getting back to throwing again,” said Huang En-Sih. “I want to thank coach John Foster for providing positive energy and guidance along the way.”

During his university day, Huang’s fastball usually sat around 145-148kph and peaked at 151kph. Below is his pitching highlight against the NCAA All-Star back in 2016.