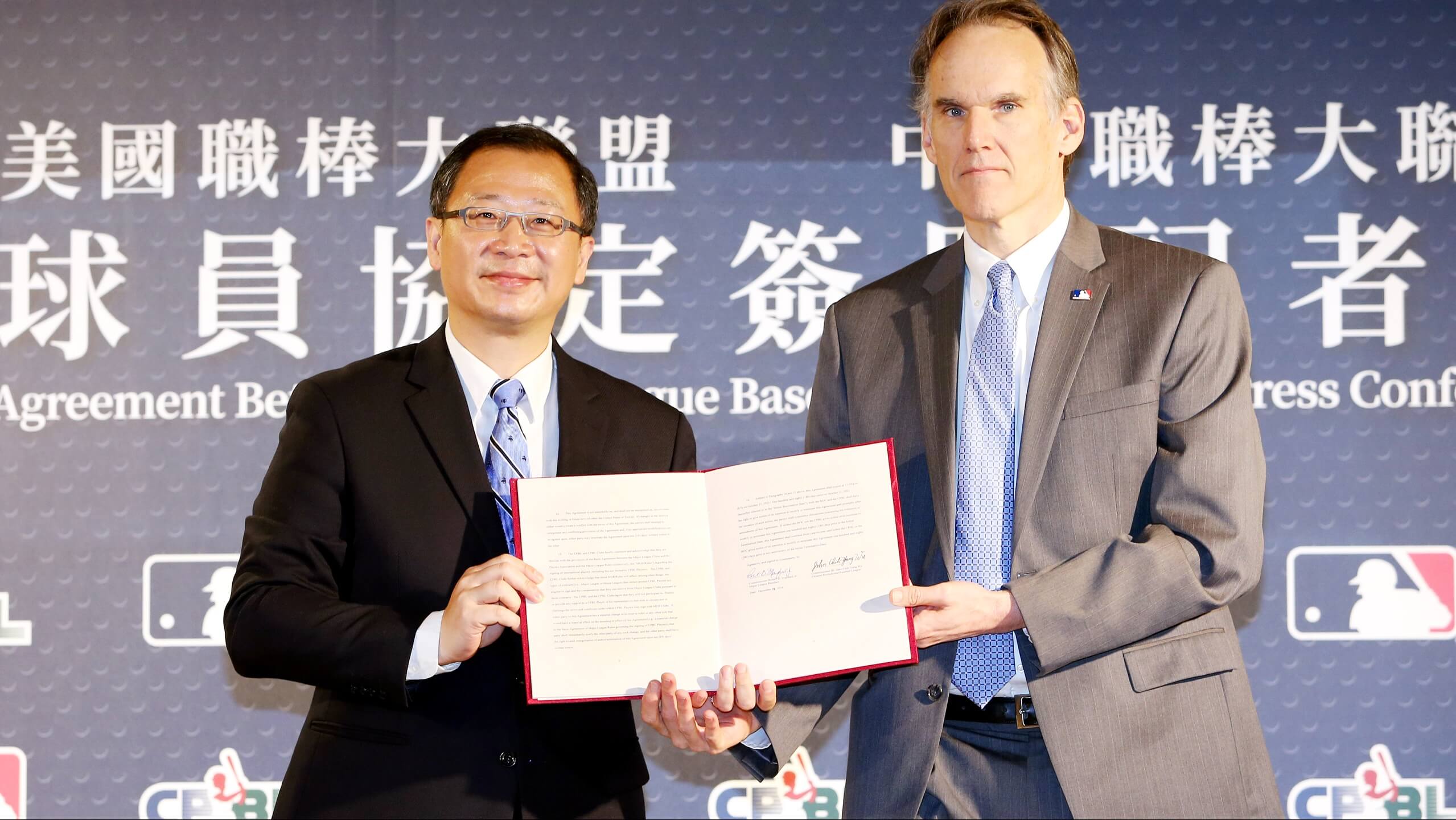 On March 8, the MLB and CPBL have signed a players’ agreement containing posting system. The signing ceremony was attended by the CPBL commissioner Wu Chih-Yang and Jim Small, the senior vice president of MLB’s international business.

The newly set up MLB-CPBL posting system is said to be similar to what the MLB has signed with the NPB and the KBO.

“We feel this agreement was necessary for the CPBL and for the MLB in order to have a proper players movement process,” said Jim Small, the senior vice president of MLB. “It also reflected on the respect we have for Taiwanese baseball, as this is the same agreement the MLB have in Japan and Korea.”

Under the current CPBL rule, players who accumulated three service years would be eligible to file for International Free Agency with the permission of their team. With a proper posting system in place, the MLB teams will now be able to approach and negotiate with the CPBL players.

“Young Taiwanese players now have the option to join the CPBL first before heading to the MLB at a later stage via the posting system,” said the CPBL commissioner Wu Chih-Yang.

Jim Small, the senior vice president of the MLB's international business on the signing of the players agreement (posting system) between the #MLB and #CPBL. pic.twitter.com/ViQDrJAGVx