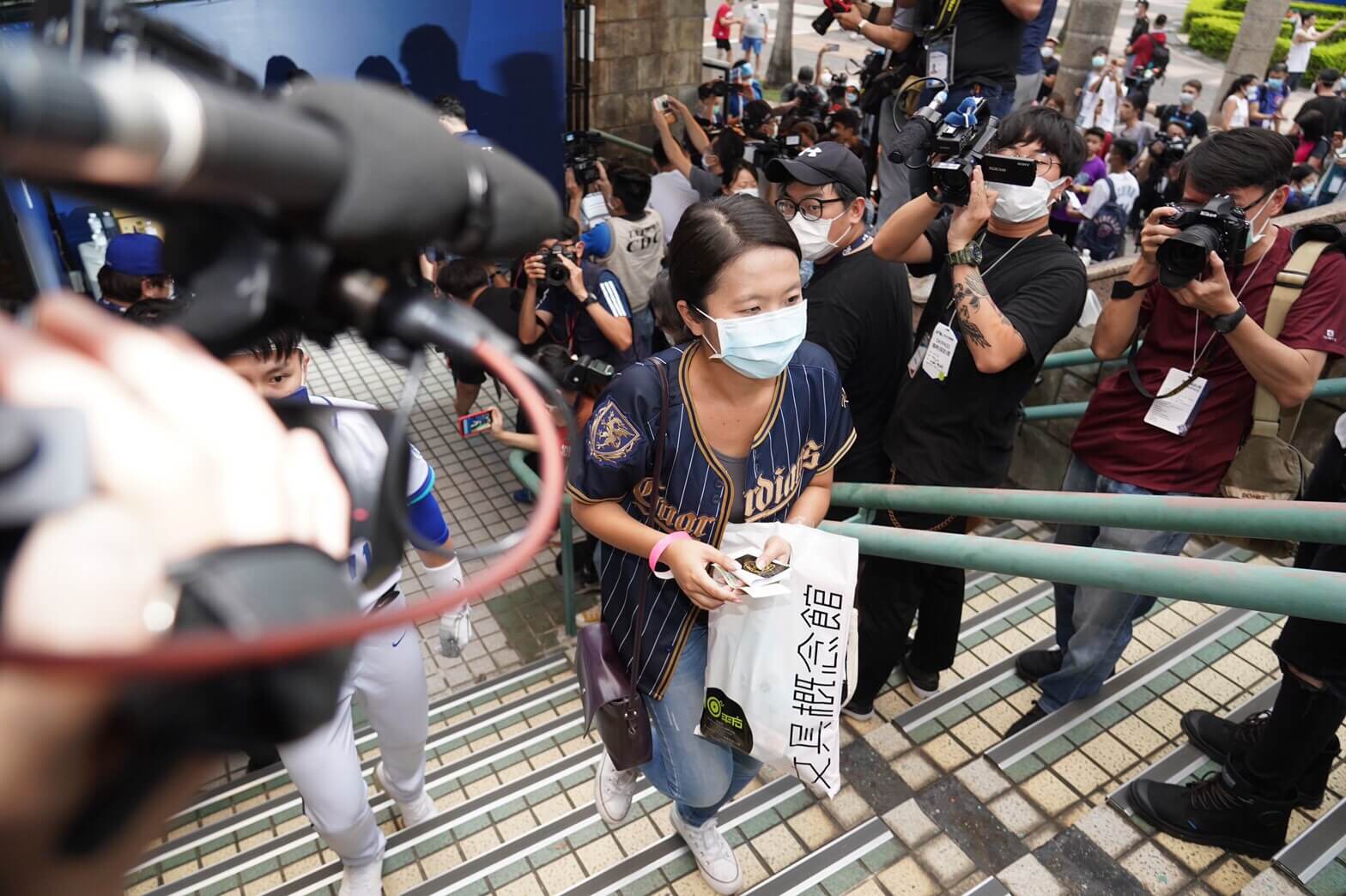 After 33 games played without any fans in the stands, on May 8, Taiwanese baseball fans packed the stadiums at the CPBL games. Well, at least under the current CDC guidelines of 1000 fans per game anyway.

With the CPBL re-opened its doors to the public at Xinzhuang and Taichung. Both locations attracted more than 20 foreign media outlets and plenty of baseball-starved fans.

Both games finished in a nail-biter. The Guardians took down the Uni-Lions 7-6 and the Brothers defeated the Monkeys 6-4.

We wait for the FIRST BASEBALL GAME WITH FANS!! We can't wait for you to come in the stadium and cheer for some BASEBALL!!!@FubonGuardians #UniLions #CPBL #BaseballwithFans #CPBLwithFans pic.twitter.com/HtynlG2VRM

Taiwan’s Minister of Health Chen Shih-Chung was invited to speak before the Guardians home game at Xinzhuang Stadium. The team gave the Minister a team jersey with number zero, which symbolised zero active cases.

“Taiwan has recorded another day of zero new cases, and this is the results of the efforts of all people of Taiwan,” said Minister Chen.

As of May 8, there have been 440 confirmed cases with 355 recovered and six death in Taiwan. It has been almost 30 days without any new local cases.

Early candidate for 2020 #CPBL MVP: Taiwan's Minister of Health 陳時中 (Chen Shih-Chung). As of today, there have been 440 confirmed cases with 355 recovered and 6 death in Taiwan. pic.twitter.com/pvaZgJhI9Z

At another location in Taichung Intercontinental Baseball Stadium, the CTBC Brothers invited the members of the Taiwan Machine Tool & Accessory Builders Association (TMBA) to throw out the ceremonial first pitch.

The TMBA is considered to be the “hidden champions” during this coronavirus pandemic. A team of 10 or so engineers helped Taiwan to ramp up its production of surgical face masks to combat the outbreak. In less than 40 days, the TMBA set up 92 production lines.

With the help from the TMBA, Taiwan’s daily surgical masks production went from 2 million to 18 million a day. During the peak of the pandemic, the Taiwanese citizens were able to get their hands on face masks with an affordable, non-inflated price tag.

“We only have one simple goal, we just want to save lives,” the TMBA president Hsu Wen-Hsien told Liberty Sports.

Meet 林文萱 (Lin Wen-Hsuan), a die-hard Fubon Guardians’ fan who took the afternoon off from work and waited in line since 3:30 pm. Little did she know that she would become the first CPBL fan for the 2020 season.

“I’m very calm right now, but I think I will cry with joy once I enter the stadium,” Lin Wen-Hsuan told SET News.

According to Lin, she is a Guardians season ticket holder and went to 103 CPBL games in the 2019 season. Below is the attendance record provided by her on a baseball message board online.

On May 9, the Taiwan CDC told the media that they are aiming to increase the number of fans at the CPBL games from 1000 to 2000 per game. The plan is still in the preliminary stage and would need to have further discussions with the league and the teams.

On May 11, according to ETtoday, the CPBL has submitted a new proposal to the CDC. Their goals are to increase the number of fans from 1000 to 2000 per game. Having families sitting together and allowing vendors to sell food and drinks are also part of the proposal.