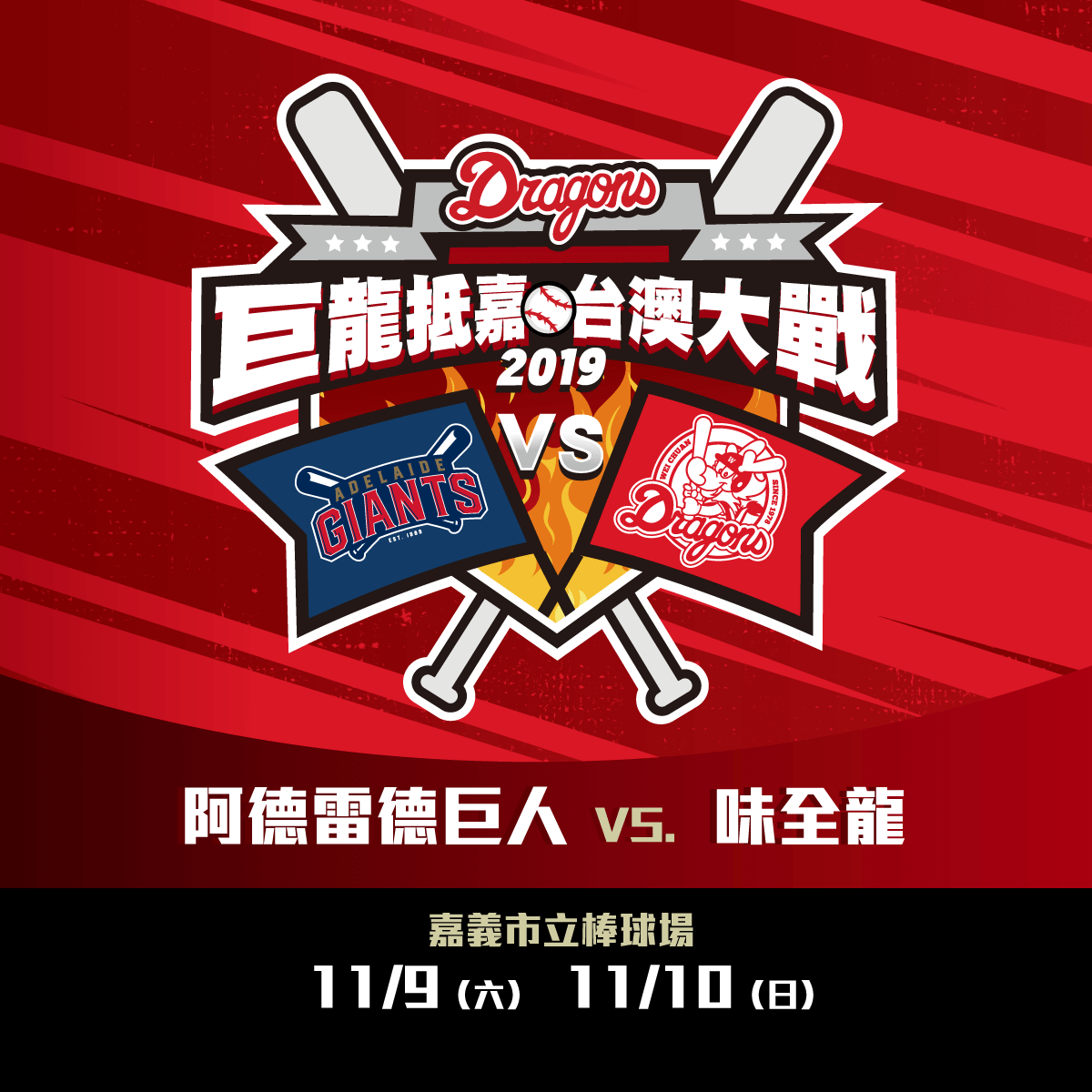 The newest CPBL member, the Wei Chuan Dragons have announced two exhibition games against the Adelaide Giants of the Australian Baseball League (ABL) on November 9-10 at Chiayi city stadium.

According to the Dragons’ press release, hitting coach Chang Tai-Shan and guest-coach Munenori Kawasaki are expected to be in the starting lineup.

Based on the latest news report, the Dragons are also in talks with the Cuban national team. However, according to the Dragons’ general manager, it all depends on the event organiser and team Cuba’s schedule.

Although both teams are based in two different countries, there is a connection between the Dragons and the Giants. The Dragons’ hitting coach Chang Tai-Shan spent his 2017-18 season with the Adelaide Bite in the ABL.