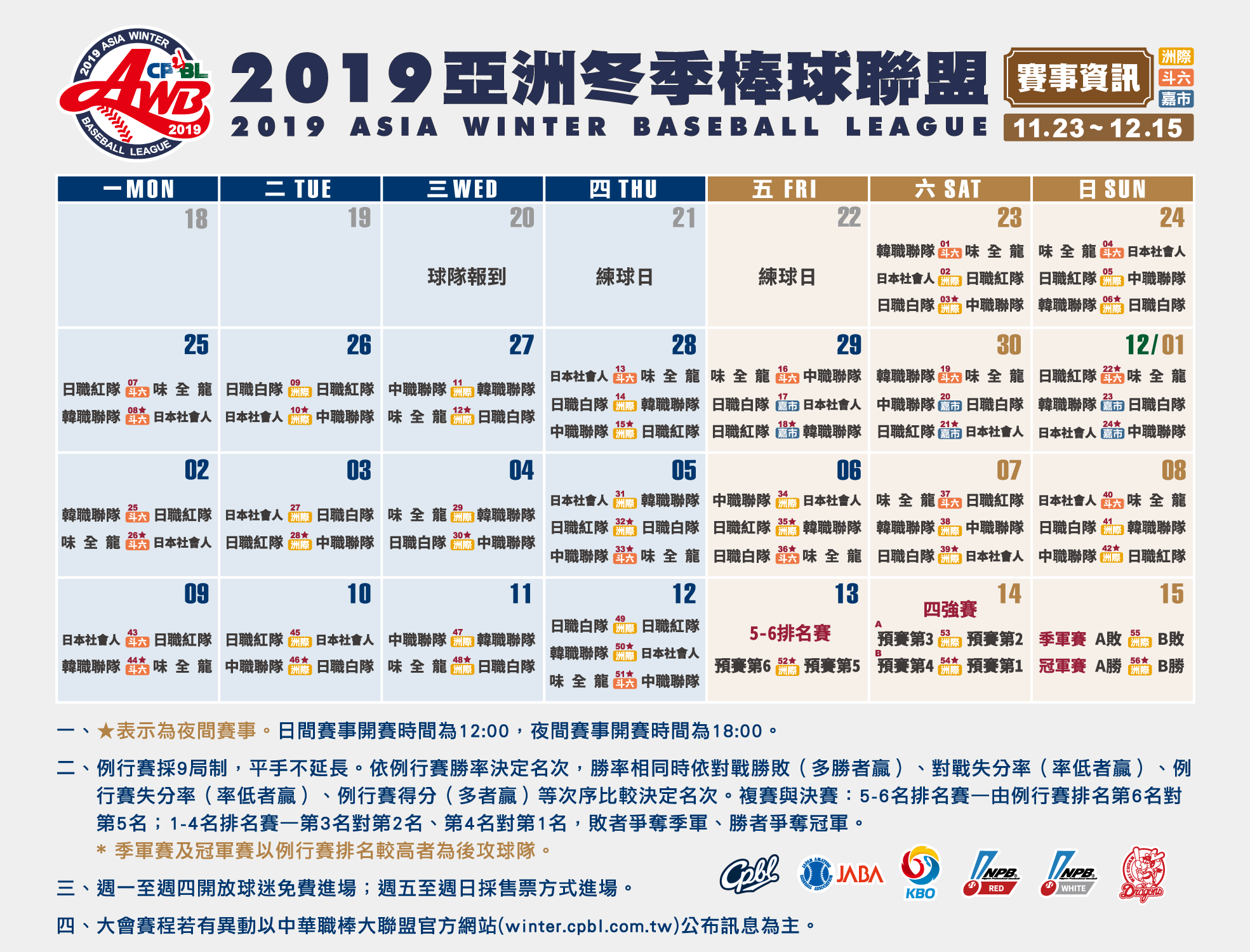 The CPBL has announced the schedule and the six teams that will participate in the 2019 Asia Winter Baseball League (CPBL Winter League). Returning for the seventh season, the CPBL Winter League will feature teams from Taiwan (2), Japan (3) and Korea (1).

From November 23 to December 15, prospects from the CPBL, NPB, KBO and the Wei Chuan Dragons will gather in Taiwan for some winter baseball during the off-season.

Each team are expected to play 17 games across 20 days from November 23 to December 12. The Playoff round will begin from December 13 to 15 to determine the final ranking.

On September 16, the CPBL has appointed the Chinatrust Brothers’ farm team manager Lin Wei-Chu to lead the CPBL squad in the 2019 winter league. 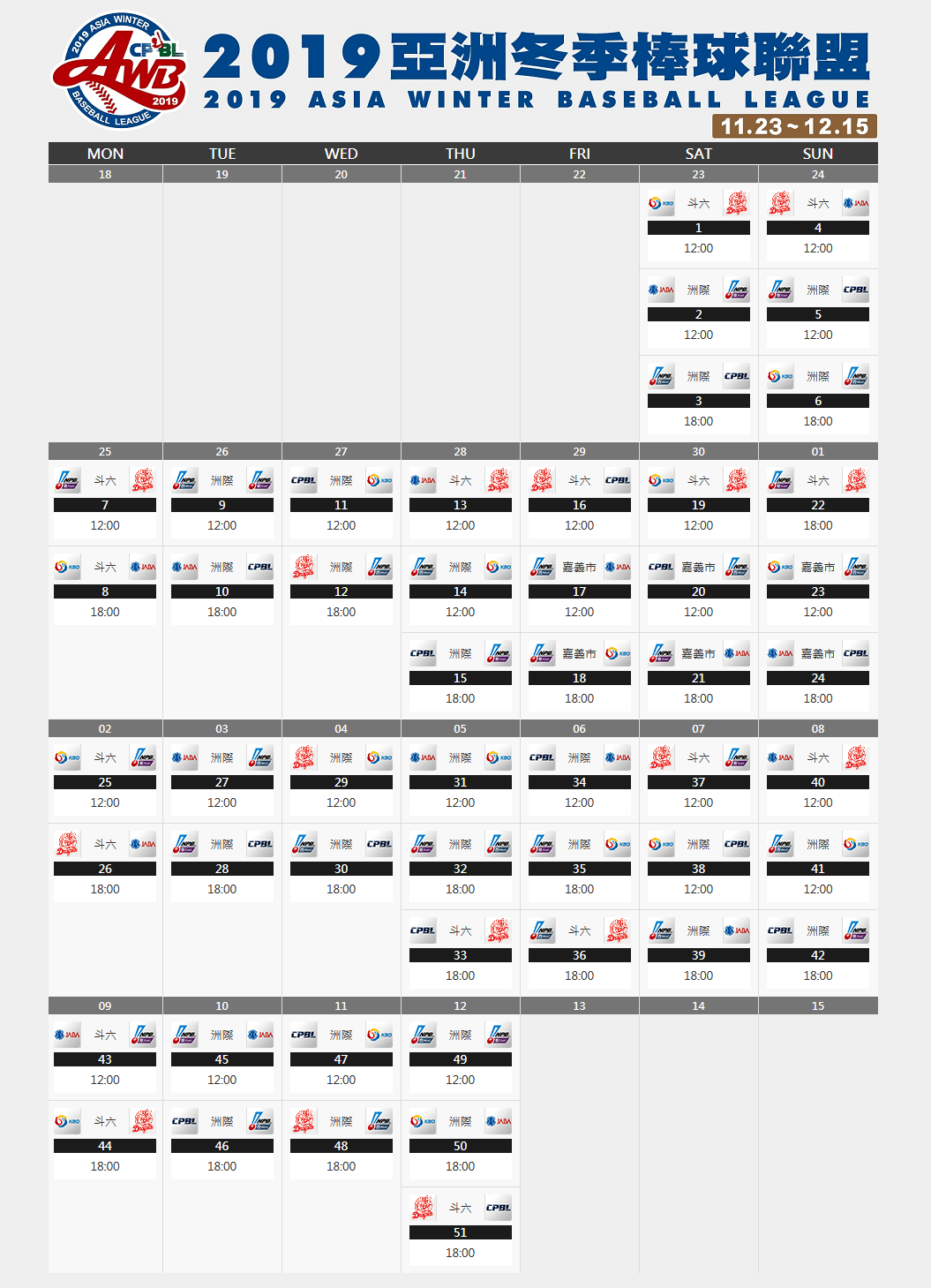